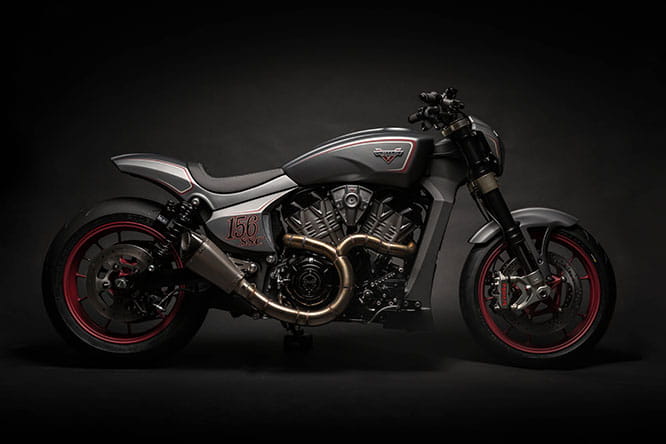 Named after the 156 turns it takes to complete the famous Pikes Peak hill climb in Colorado, Victory Motorcycles has confirmed their Project 156 engine will be used in a 1200cc production model.

The concept engine was used in a Roland Sands-designed race bike at the annual Pikes Peak Hill Climb in the USA will now head to the Wisconsin-based production line and Victory claim the liquid-cooled, four-valve, DOHC, 60-degree V-twin has been “designed to deliver the strongest power and performance in its class”.

A prototype version of the engine was handed to custom bike builder Urs Erbacher, Owner of Switzerland-based Fat Attack Custom Bikes AG, who created the sharp-looking ‘Victory Ignition Concept’ which was unveiled at the EICMA motorcycle show in Milan this week. 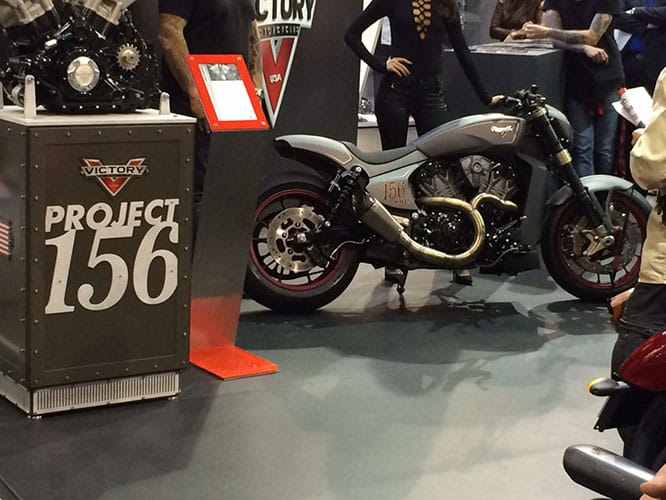 The concept features a cruiser-style frame with a cast aluminum chassis, adjustable suspension, as well as a series of high-spec components including Marzocchi forks, a rear Ohlins shock absorber and Brembo brakes all within a Project 156-inspired paint scheme.

Twin headers that snake out from the cylinders into a single pipe and then in to a short Akrapovic muffler for maximum performance.

More information is due to be released at the International Motorcycle Show in New York next month.