Foggy’s first bike to be restored

Foggy’s first bike to be restored

Carl Fogarty’s first ever motorcycle presented to him by his father on his 10th birthday will be restored by the National Motorcycle Museum’s in-house workshop, the Birmingham-based attraction has confirmed.

If you’re going to be four times Word Superbike Champion you need to start somewhere and forty years ago in 1975 Carl Fogarty MBE got his little leg over a second-hand Honda C50 special. However, it was only recently that the King of the ITV Jungle was reunited with the now rusty Honda. 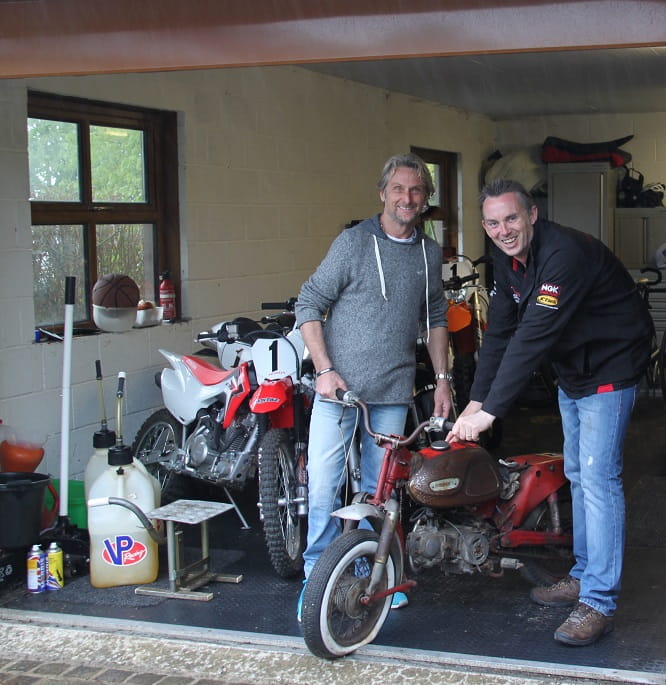 The 3-speed, 4.8bhp Honda C50, also known as ‘Super Cub’, remained in production from 1966 until the mid-80’s but Foggy’s bike had been specially manufactured by Honda dealer Ken Martin for his own son Chris in 1972. In fact the tank badge still reads ‘motochris’.

Foggy got in touch with Museum Director James Hewing to organise the project. Foggy said, “It’s in a rough state but I know the lad’s at the Museum will restore it back to just how it was when my dad gave it to me back in 1975.”

Hewing said: “I have worked with Carl in the past and was really pleased that he thought of the Museum’s restoration team to restore the bike for him.  We have restored everything from the earliest and rarest veterans through to superbikes of the 1970s but never anything like this!”

Did you have a C50 or have you still got one?