Turn your Piaggio into a mobile speaker

For those of you who are jealous of the Harley-Davidsons and BMW tourers cruising around with Rock FM blaring out from their on-board radios (no? us neither) then Piaggio have developed their own on-board speaker solution.

Some riders prefer to listen to a bit of Kate Bush or an extract from an audio book rather than concentrating on the road and surrounding hazards yet technology and the law (to a degree) allows the use of Bluetooth communications to pair after-market helmet speakers with a smartphone. Piaggio however have taken the extra step and provided those who own the 2014 MP3 or the 2013/2014 Vespa 946 with the option to buy a speaker kit designed specifically for their scooter. 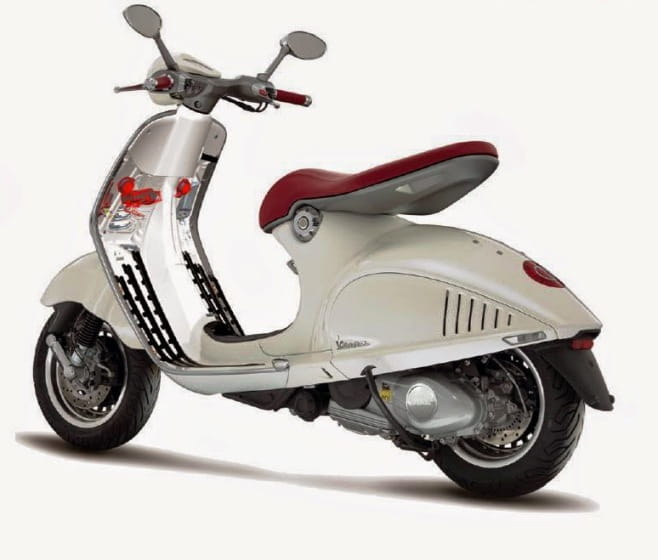 By being able to transform the body parts from two models in their range into speakers, the Italian manufacturer has made it possible to share your latest downloads with all of the cheery drivers stuck in traffic at up to 100Db.

The system consists of a Digital Amplifier powered by the scooter's battery, a Bluetooth receiver which picks up the music from the user's smartphone and two 'Exciters', which turn the plastic body panels into a soundboard.

Once paired, the system which is known as PSS (Piaggio Sound System) will automatically connect each time the ignition is switched on...so be careful what’s on your playlist because once you’re riding you legally can’t skip a track.

The law states ‘It’s illegal to ride a motorcycle or drive using hand-held phones or similar devices. The rules are the same if you’re stopped at traffic lights or queuing in traffic.’

For more information contact your local Piaggio dealer and if you’re willing to share your new ‘Learn to Cook with Jamie’ audio book with the city traffic then be prepared to part with £414. Meanwhile, another more personal option would be Interphone’s latest gadget, the FM5C, which attaches to your helmet and is priced around £250.

Which motorcycle-related songs are on your playlist?