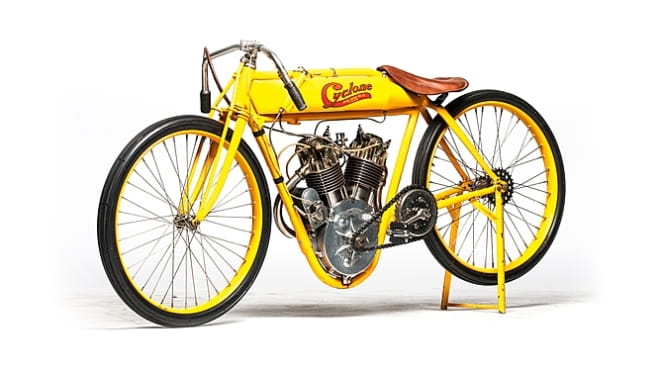 An extremely rare board tracker motorcycle known as a ‘Cyclone’ and once owned by film legend Steve McQueen, is set to become one of the most expensive motorcycles ever sold when it’s auctioned next month.

Only six Cyclones are believed to exist from the reported 300 produced a century ago by Joerns Motor Manufacturing Company based in Minnesota, USA. This particular model was among Steve McQueen’s collection when he died, aged 50, in 1980. His ownership and association with the bike naturally adds a vast percentage to its value.

The Cyclone was produced for a relatively short span from 1912 – 1917 yet was capable of an impressive 115mph making it the fastest production motorcycle of the time. The original bikes were sold for $350 but the Mecum Auction taking place in Las Vegas on Saturday 21st March is where the bike once owned by Steve McQueen is expected to fetch more than £1/2 million. 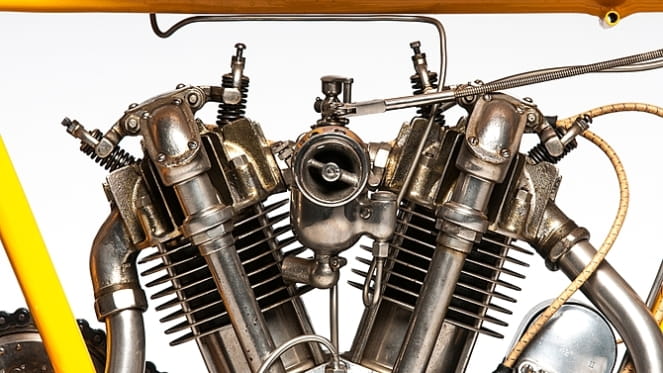 Powered by a 996cc, SOHC (Single Over Head Cam) 45 degree V-twin engine, the Cyclone produced 45 bhp (34 kW). The engine was designed by Andrew Strand and was recognised as the most advanced motorcycle engine built in America at the time.

Joerns MMC were known predominantly for their road-based machines but the Cyclone was famed for its racing on the popular-during-the-1910/1920 era board track events. The competition bikes were built without brakes and the Cyclone was a popular model due to its exclusivity. The company was focused on racing but the costs of developing the engine and maintaining a professional race team escalated to a level which forced the Joerns MMC to fold in 1917.

The Cyclone remained as the sole production OHC V-twin built in America in the 20th Century.

In its debut year of 1913, factory development riders JA McNeil and Larry Fleckenstein were timed at 108mph in a Minneapolis motordrome. The next year, McNeil was timed at 111.1mph at the Omaha, Nebraska, board track which was much faster than the internationally recognized world record of 93.48mph, held by Indian. However, officials at the Federation of American Motorcyclists (FAM) simply could not accept the 111mph figure. 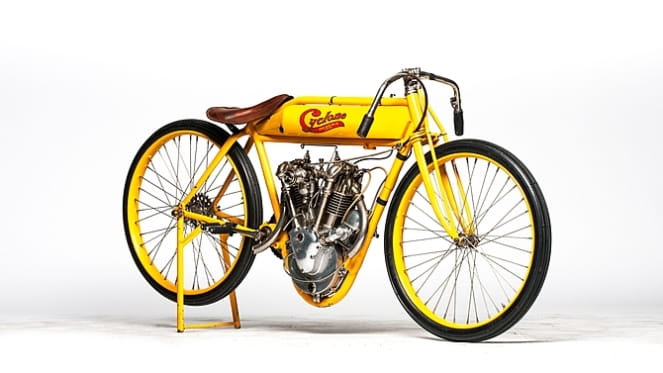 The bike due to go under the hammer next month was purchased by in November 1984 by E.J. Cole at the Steve McQueen Estate Auction. Cole had the bike restored by Englishman, Stephen Wright, author of the ‘American Racer’ books and ex-employee of McQueen. Wright’s restorations are sort after but unfortunately he too has passed away, in April 2014.

The auction is compiled of more than 220 motorcycles from the E.J. Cole Collection. Cole is 89 and displays his vast collection at museums in South Dakota and Iowa but age is against him. He said: "If my age hadn't gotten ahead of me, why I'd still be out trying to add to it, but being that I'm 89, I feel like it's time to quit." He continued: "Here at my place nobody gets to see them and they need to be out where people can enjoy them." 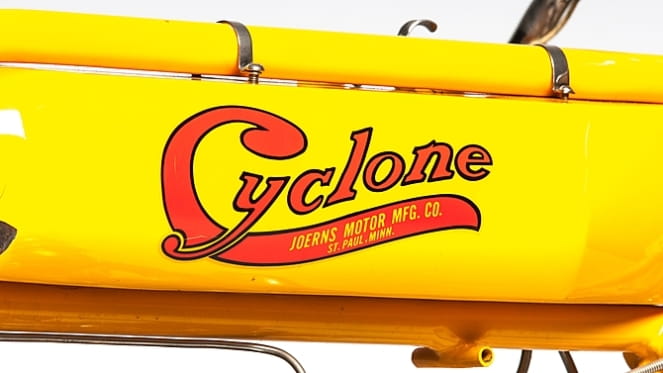