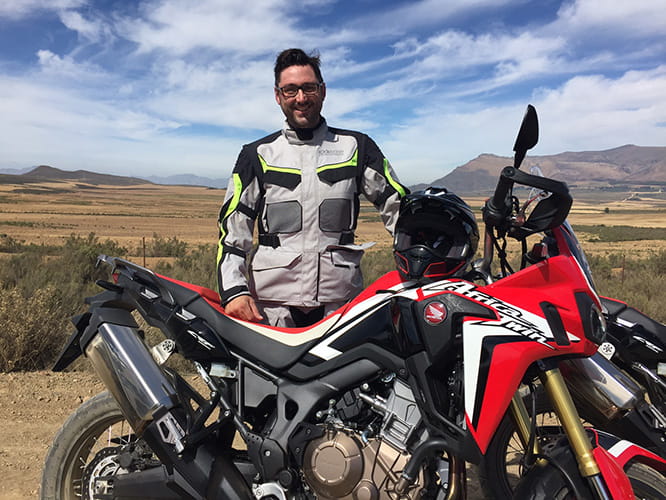 We're at the world launch of the new Honda CRF1000L Africa Twin in Cape Town, South Africa. The bike reignites the passion of the original XRV750 Africa Twin, offering an adventure bike that's as happy on road as on dirt.

The all-new bike features a parallel twin four-stroke 998cc motor with the option of Honda's DCT (Dual Clutch Transmission) and the option of ABS. It makes 93.8bhp and follows on from the iconic XRV750 Africa Twin of the eighties and nineties. That bike was a legend, and Honda are hoping the new one can carry on that mantle.

The new CRF1000L naturally goes up against the best from KTM and BMW, but with a slightly different slant. They're a slightly different price too. Two variants of the latest incarnation of Honda’s legendary adventure bike will be available, starting at £10,499 for the ABS model with a Dual Clutch Transmission (DCT) version also available, coming in at £11,299. To give you a comparison, the BMW R1200GS costs £12,100 on-the-road. KTM's 1050 Adventure costs £10,999, although some deals are available at the moment at £9499. 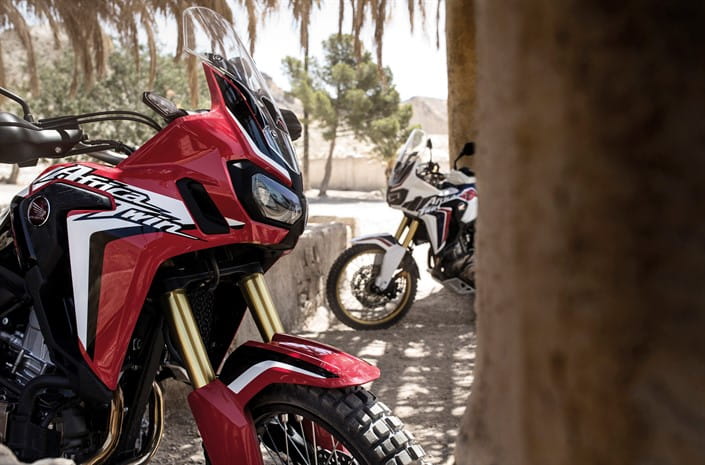 Honda claim the new Africa Twin is capable of 'True Adventure' hence the launch in Africa, including a day off-road. But say it's also happy commuting to work, or going on tour.

He said: "The engine is strong enough, it only makes around 94 horse power but its really torquey and it makes a great noise when you start to rev it. It may not be as powerful as something like a (BMW R1200) GS but this feels like a very different bike. It's narrow to sit on, you can feel it's got a really wide shoulder at the front and the wind protection is good. We've only covered around 40 miles so far so it's early days yet.

In terms of the handling, its got a 21" front wheel but it feels really agile and stable. Even in fast sweeping corners it still feels good. It's not the most powerful thing but it feels like a really well put together package and at this price it's going to be really hard to beat.

we’ve just ridden 100km/h fire trails/dirt roads and you can feel the suspension is reasonably firmly sprung but does a great job at dealing with the bumps on the fire trails.

The chassis feels great off-road and feels as though you can cover the dusty, slippery roads quickly where the 21” front wheel comes into it own. But more impressive is the engine and even with the traction control off, it can still find incredible amounts of grip on a dual-purpose road tyre.

Even with th3 TC on its lowest setting (no.1) you can get some big hero power slides yet the bike keeps it in check. I’ve been riding the manual bike this morning and will have a go on the DCT bike later." 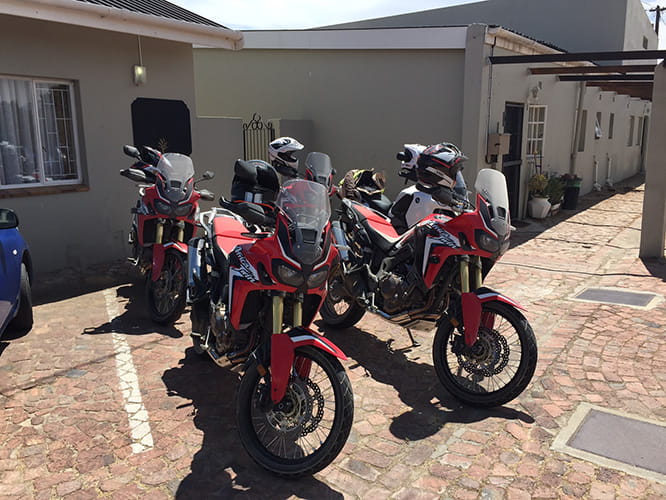 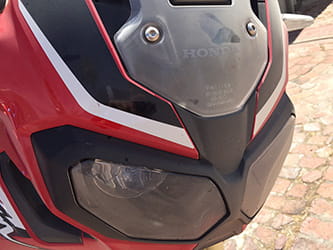 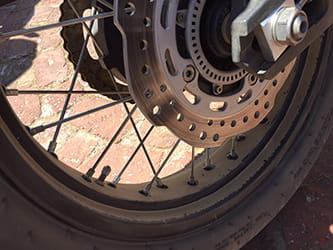