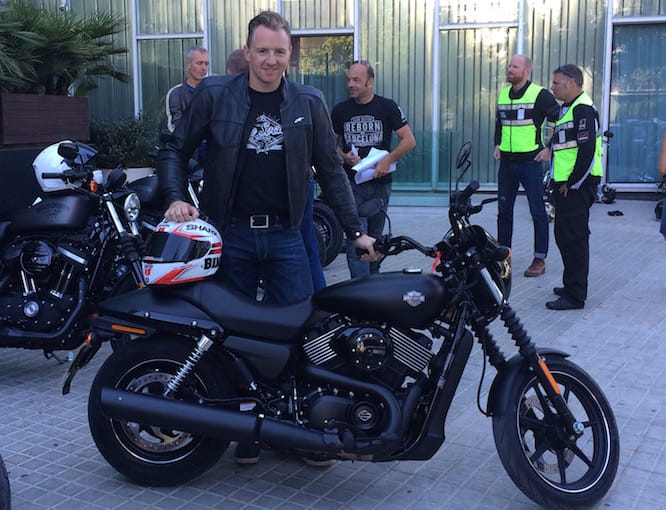 Bike Social is at the European launch of Harley-Davidson’s entry-level machine, the Street 750. Priced from only £5795, the bike is firmly aimed at a younger audience in a bid to get them engaged with the brand earlier in their motorcycling life.

The bike has been available in the USA for a year but comes to Europe with several upgrades and slots into the Dark Custom range alongside the revised-for-2016 Iron 883 and Forty-Eight.

Other than its price, the other headline feature of the Street 750 is its all-new engine platform. The liquid-cooled 750cc Revolution X V-Twin is the first new engine in 14 years from the Milwaukee-based iconic American brand and happens to be the smallest capacity in the HD range.

Despite Harley-Davidson’s recent global sales struggles (down by 1.4% in the second quarter), the Street 750 represents a fresh new appeal to the younger European crowd and easily undercuts other lightweight cruisers such as Kawasaki’s 650cc Vulcan S, released earlier this year, at £6049. 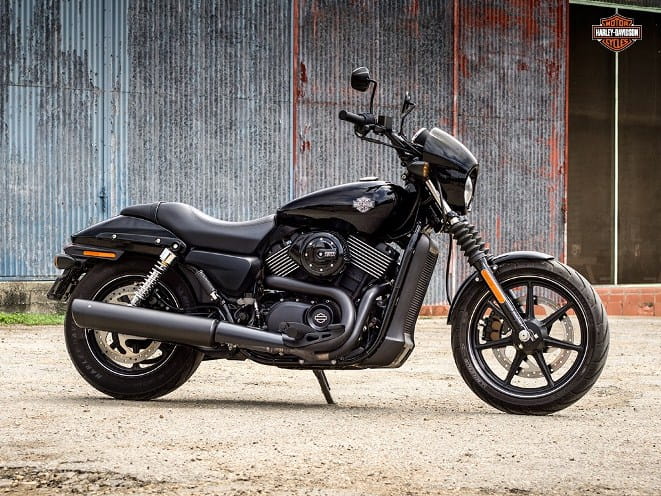 Harley’s UK & Ireland Country Manager David Huckshall said, “We are confident that the combination of style, ease of riding, customization options and the affordable price will broaden our appeal to urban riders looking to make a statement that only a Harley-Davidson can deliver.”

Here in Barcelona we’ve only covered approximately 16 miles of mainly "urban riding", as Harley-Davidson likes to call it, but so far the Street 750 is aptly named. The suspension is supple enough to soak up any abnormalities the the Spanish city offers but I can’t imagine it’ll be firm enough to keep the bike completely stable in the faster back roads.

Lightweight, nimble and made for urban cruising, just like the Harley manual tells us. But it's true, the Street handles the city streets admirably with light and direct steering. The switchgear is positioned for those 7ft and taller to look down on while the mirrors, fixed to the up-rising handlebars and taken from the 883, aren't wholly reliable with a minimal field of useful rear view vision.

The one-piece rider/pillion seat is soft and with plenty of padding which, on longer rides, could cause a numb bum. The riding position feels a little alien as your knees are above the top of the wide but low fuel tank. You sit low on the bike and the tank narrows between the thighs which is ideal for learners, shorties and those keen to build confidence. 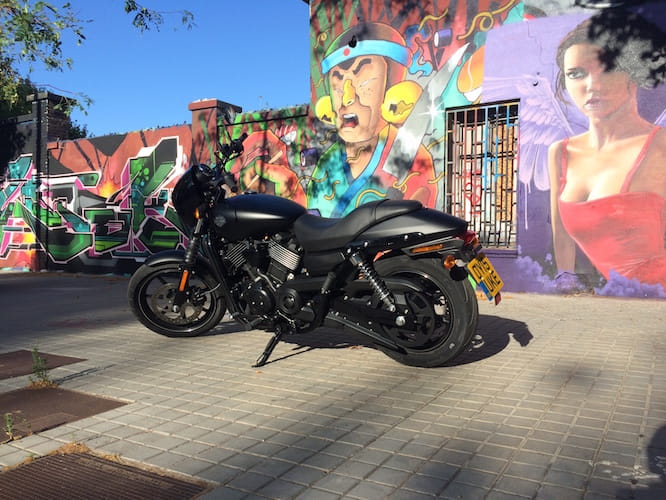 The new motor sounds, as a fellow journalist put it, like a gruntier version of a 1980's VW Beatle, with a familiar tinny rattle. It's torquey enough for the city streets with plenty of pull low down and through the first three gears. We'll be testing other three tomorrow I'm sure.

Neutral requires a delicate touch but then the test bike only had 65 miles on the clock so we'll allow a degree of flexibility until the mechanical components are run in.

There's no rev counter on the rather basic instrument panel but this bike was built to a budget and at first impression offers terrific value.

For our full review, check back to Bike Social very soon. Meanwhile, here are the technical specs: