WARNING: THIS ARTICLE CONTAINS IMAGES SOME READERS MAY FIND OFFENSIVE 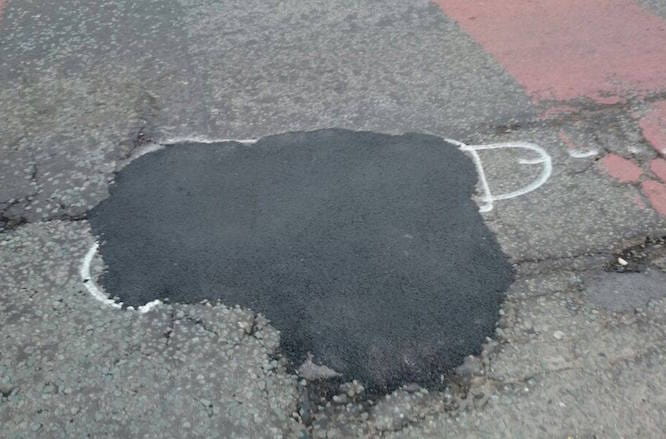 An anti-pothole campaigner with a difference has been causing a stir in Bury, Greater Manchester.

A street-artist (read: someone with a can of spray paint), who goes by the name of ‘W*nksy’, has been highlighting the potholes in his local area by spraying the outline of a penis around them.

While an abundance of huge, gaping potholes may not be high in the priorities of many local authorities, it seems drawing a massive schlong on top bumps them up the list at Bury Council, who have already begun filling in W*nksy’s work.

“The potholes don’t get filled,” said the road artist. “They’ll be there for months. Suddenly you draw something amusing around it, everyone sees it and it either gets reported or fixed”. 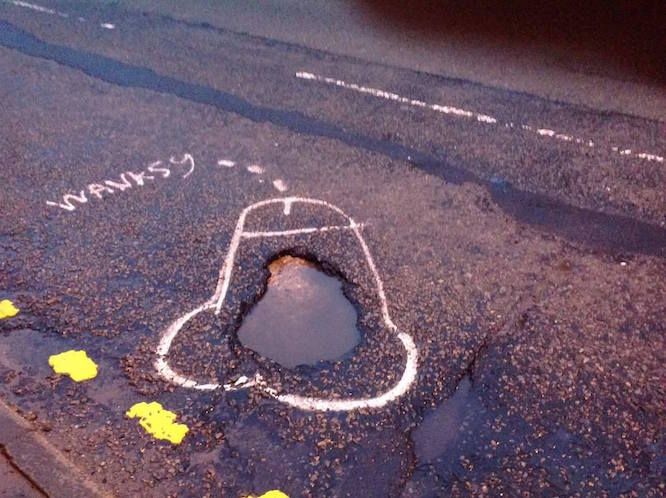 However, Bury Council have hit back at the campaigner, calling his actions ‘offensive’ and ‘insulting’ to local residents.

They say: “We understand and accept that residents are unhappy with the number of potholes in the borough, and we have a problem of scheduled works to fix them. We have also invested substantially in new machinery which is enabling us to carry out repairs more rapidly.

“Painting obscenities around potholes will not get them repaired any quicker, but simply waste valuable time and resources.”

Some of the graffitied potholes have since been filled, but W*nksy says it’s not good enough to just ‘dump some tarmac” in them. 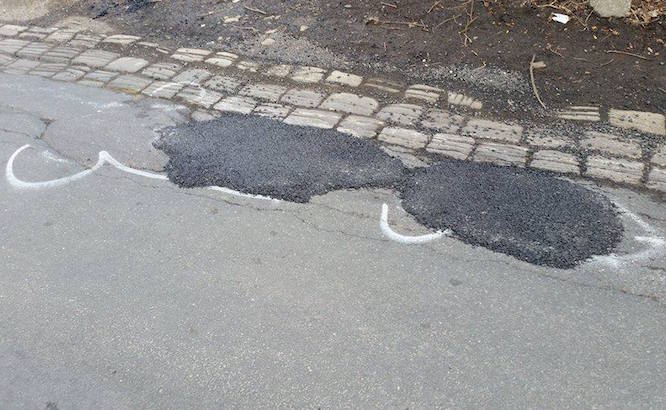 “To fix a pothole properly, the council should cut a nice clean edge into the tarmac, fill it, roll it and seal it with hot tar, not just turn up and dump some tarmac in it!” they argue.

What do you think? Is W*nksy a hero or just a bit immature?  or