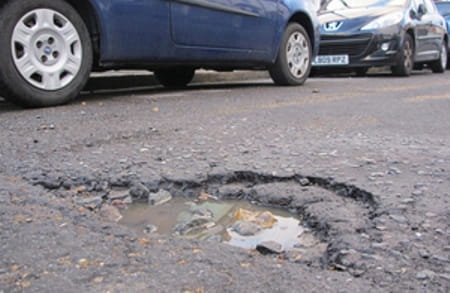 Just three weeks after the Government announced £15 billion worth of upgrades to the UK’s road network over the next decade, Transport Secretary, Patrick McLoughlin, has found a further £6 billion down the back of the Government sofa to help tackle potholes and improve local roads.

The record figure amounts to £976 million per year which will be invested between 2015 and 2021 to fix around 18 million potholes across the country, and a quick address of the Bike Social abacus and we can work out that each pot hole costs the local council £54.22 to fix.

Yet it was only back in March of this year when Chancellor George Osbourne announced an extra £200 million to fix the country’s potholes by establishing a ‘potholes challenge fund’ and that was on top of an earlier pledge of £140 million. So many announcements for so many pot holes. We’ve been relatively fortunate with the weather this autumn and winter period compared to previous years, the higher temperatures have meant that the roads haven’t been damaged as much leaving motorcyclists less susceptible to the hazards of pot holes and cracks in the road.

Let us know about the condition of the roads near you by adding a comment below.

“Roads play a significant part in everyday life. Poorly maintained local roads, blighted by potholes, are a menace to all road users, particularly during the festive period as people travel to see family and friends.

It is vital we have good quality roads. This government has already taken strong action by spending £1 billion more on local roads maintenance than was spent in the previous parliament.” 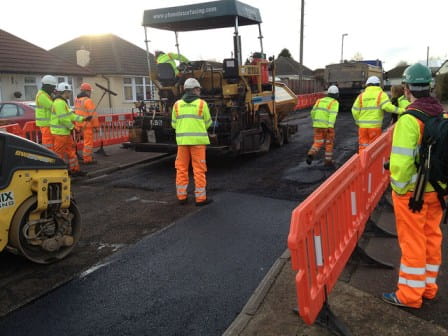 McLoughlin continued by underlining the Government’s commitment to having a transport network fit for the 21st Century which includes a further £575 million being made available through a new challenge fund to help repair and maintain local highway infrastructure such as junctions, bridges and street lighting.

What are the roads like near you? Any improvements with their condition?   or