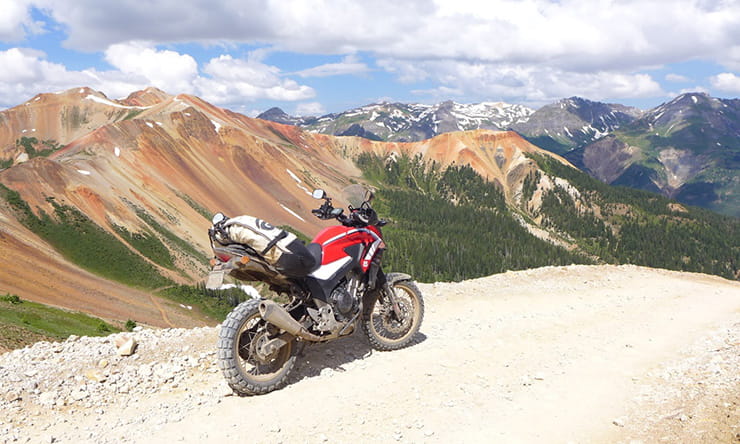 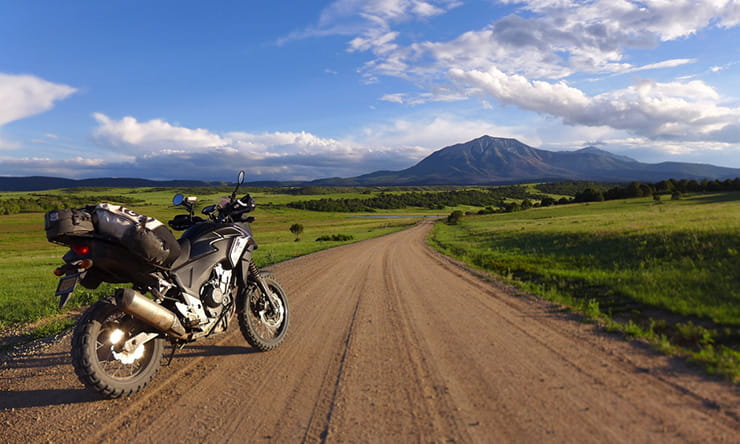 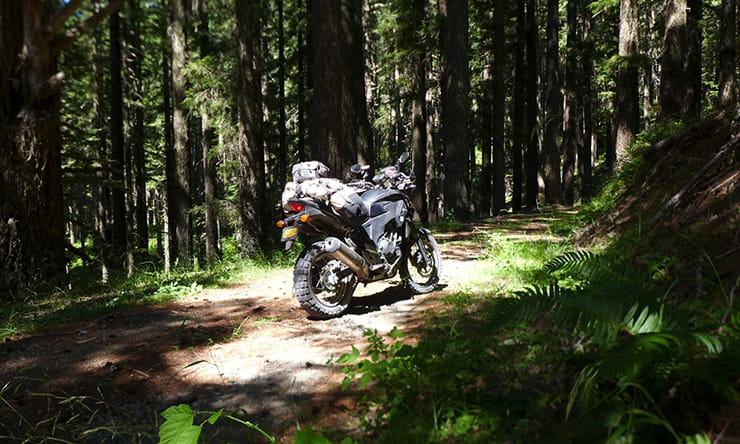 British Rally racer Jenny Morgan proved the capability of Honda’s CB500X – modified by Northamptonshire-based Rally Raid – by riding from the west coast of America to the east. And back again. Much of it off-road.

Jenny had been badgering Rally Raid’s MD, John Mitchinson, to build adventure spec parts for the underrated Honda. He sent her a prototype kit in the Summer of 2015; “This was effectively a ‘real world’ proving trip,” Jenny told us, “riding right across the United States and back again, and encompassing pretty much every kind of terrain and weather you would be likely to expect on an extended overland motorcycle trip. It was the perfect opportunity to really prove the all-round and all-terrain capabilities of the CB500X once converted with the Rally Raid Products ‘Adventure’ kit. 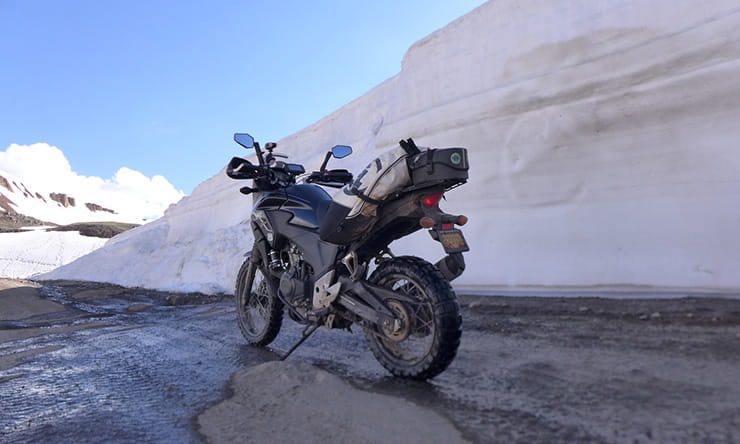 “The trip started on the west coast of the USA – officially San Francisco, although the bike was actually supplied by an associate based in Oregon, where I initially helped to assemble the bike, before riding it to the official start point. The first leg towards the east coast included crossing through Death Valley (off road), part of Route 66 and the public debut of the bike at the Overland Expo event held near Flagstaff Arizona each year. 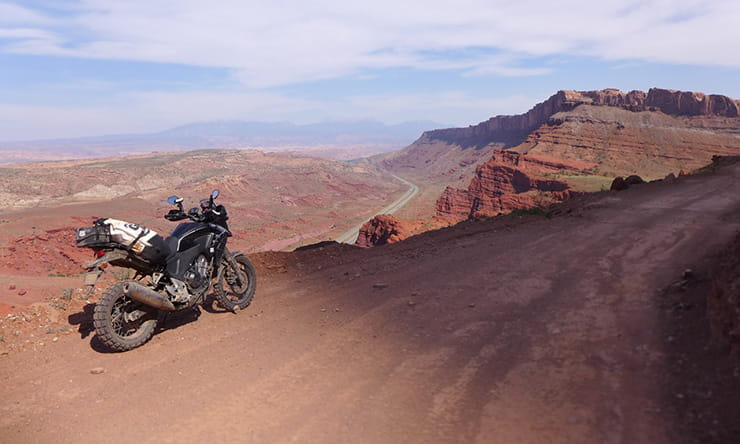 “From there I rode to Moab in Utah - famous for its slick-rock trails and stunning canyon geology, and a mecca for 4x4s and mountain biking in particular. I spent a week there really putting the bike through its paces on some technical terrain, before continuing east at high elevation though the Colorado Rockies, and also completing 1000 mile in a 24 hours ‘Iron Butt’ ride as part of that final leg east. 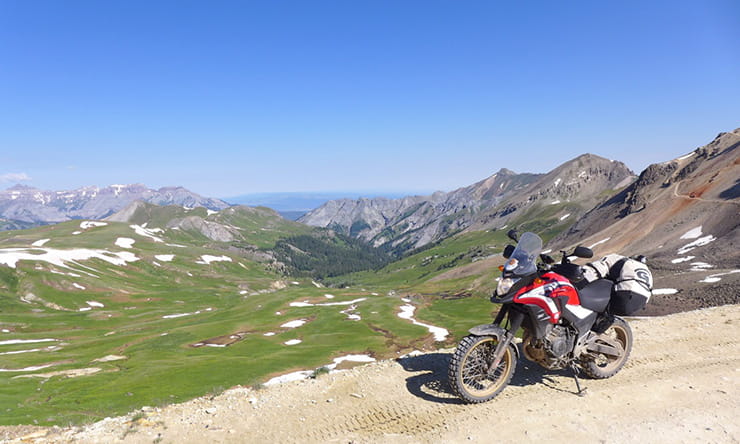 “On reaching the east coast, the intention was to return west following the newly revised (and now current) Trans-America Trail (TAT) route. This is a 5000 mile series of interconnecting back country byways, dirt roads and jeep trails right across the country from North Carolina in the East, to Oregon in the West.

“The vast majority of the route is unpaved (although road-legal vehicles are required, since they are all public roads and trails), and it really offers a unique insight into rural and small-town America, coupled with the challenge of riding through some of the most dramatic scenery that North America has to offer - particularly once you reach Colorado and beyond.

“I’d been given the very latest updated route information from the routes originator, Sam Correro, and coupled with being so early in the season, would be the first person to actually ride the new route in its entirety, which now included brand new sections though northern Utah and Idaho. 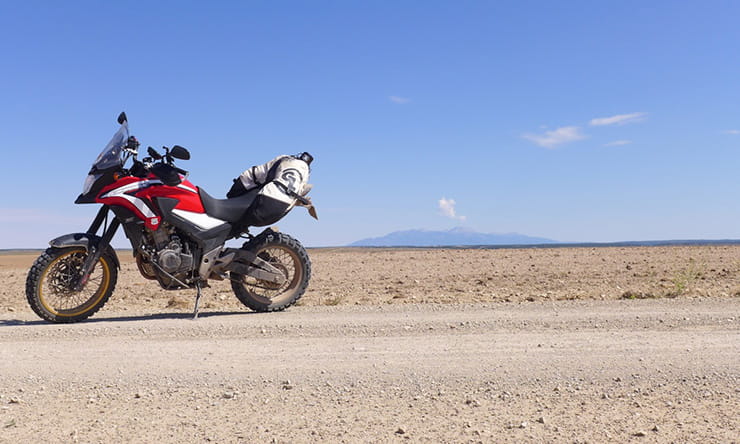 “In total, the trip from Oregon east and back again was just under 13,000 miles, over 52 days, and day after day, the Rally Raid CB500X increasingly impressed me with just how versatile it was. It felt like a street bike on the highway and a big dirt-bike on the trails, yet neither it’s on-road or off-road ability seemed to be a compromise at the expense of the other – it really was a genuine 50/50 bike in that regard.

“I’ve been fortunate to ride the Trans-America Trail twice now, and while for many people a traditional single cylinder trail-bike between 400-650cc might seem the obvious choice, from personal experience I would not hesitate to recommend the Rally Raid CB500X as the perfect motorcycle for such a marathon endeavour.” 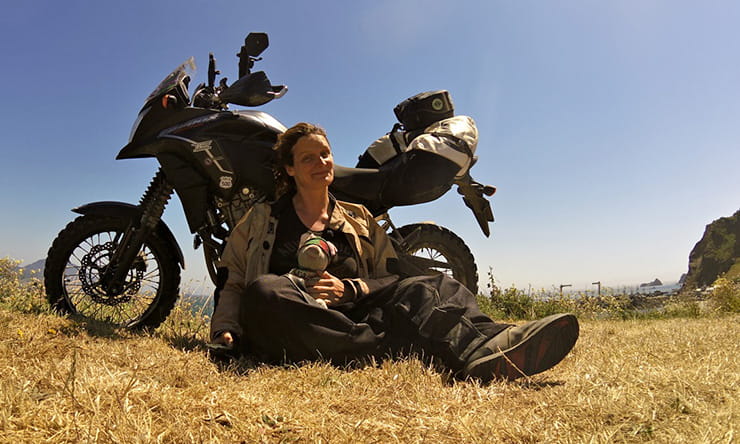