Yamaha in WSB: A Restrospective 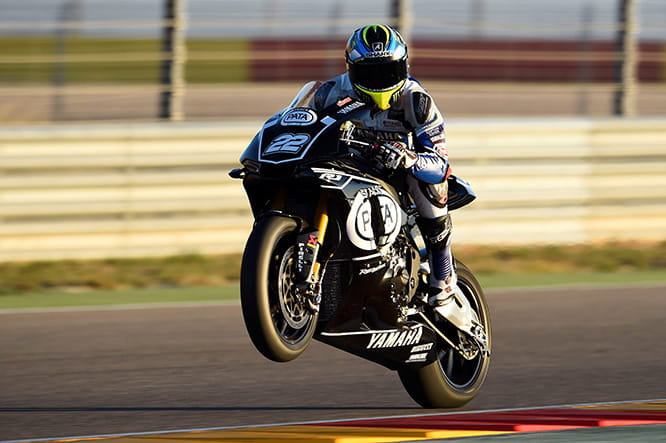 Yamaha will be back in the World Superbike Championship in 2016 after an absence of five years. Alex Lowes and Sylvain Guintoli will spearhead the Pata-backed Crescent Yamaha effort but did you know that Yamaha has only won one WSB title since the championship started in 1988? Or that the first race winner on a Yamaha was future Honda Grand Prix legend Mick Doohan? We look back at Yamaha's history in WSB to see what Lowes and Guintoli have to live up to.

Yamaha hasn't always had a full factory presence in the World Superbike Championship but has dipped in and out of the series over the years, sometimes with a full factory effort, and at other times choosing to offer support to dealer or importer-run teams.

Right from the first year of WSB in 1988, this 'presence without a presence' has been in evidence as the factory Bimotas of Davide Tardozzi and Stephane Mertens that won races and finished third and fourth in the championship, were powered by Yamaha FZ750 engines.

Perhaps even more surprising in that first year of WSB was Yamaha's first race winner – Mick Doohan. Forever thought of as a died-in-the-wool Honda man (he went on to win five consecutive 500cc world championships for Honda between 1994 and 1998), Doohan made a few rare appearances on a Superbike in 1988 before stepping up to Grands Prix. Riding for the Australian-based Marlboro Dealer Team Yamaha squad, Doohan contested the Japanese round at Sugo on an FZR750R. He was leading Race 1 before crashing out but made amends at the second attempt and took Yamaha's first ever WSB victory. Doohan then set pole and took a dominant double at the Australian round at Oran Park before signing for the factory Honda team in 500cc GPs for the following year.

The only other Yamaha rider to win a race in the inaugural season of WSB was Italy's Fabrizio Pirovano on a steel-framed FZ750 (as opposed to Doohan's aluminium-framed FZR750R). The hard-riding Italian finished the season in second place overall and with the Bimotas of Tardozzi and Mertens right on his tail, Yamaha-engined bikes finished second, third and fourth in the inaugural World Superbike championship.

The following year saw the first British rider to win on a Yamaha when Terry Rymer took Race 1 in New Zealand. Pirovano, now mounted on an OW01, finished fourth overall and highest-placed Yamaha. The Italian would be the mainstay of Yamaha's efforts in WSB for those early years of the championship, finishing second in 1990, fifth in '91 and '92 and fourth in '93 before switching to Ducati. In 1990 he had became the first man to win four WSB races in a row and in 1992 he took what would prove to be Yamaha's last race win (by then mounted on a YZF750) until the emergence of the great Noriyuki Haga in 1997.

The 1995 season proved to be a bleak one for Yamaha. A young Colin Edwards had scored two podiums at Monza and Brands Hatch but his team withdrew from the championship after his Japanese team-mate, Yasutomo Nagai, was killed at Assen.

Over the next four years, Edwards, fellow American Scott Russell, and rising star Nori Haga would win races and make sure there was always a Yamaha lurking in or near the top six in the championship but it wasn't until 2000 that a first WSB title looked to be on the cards. 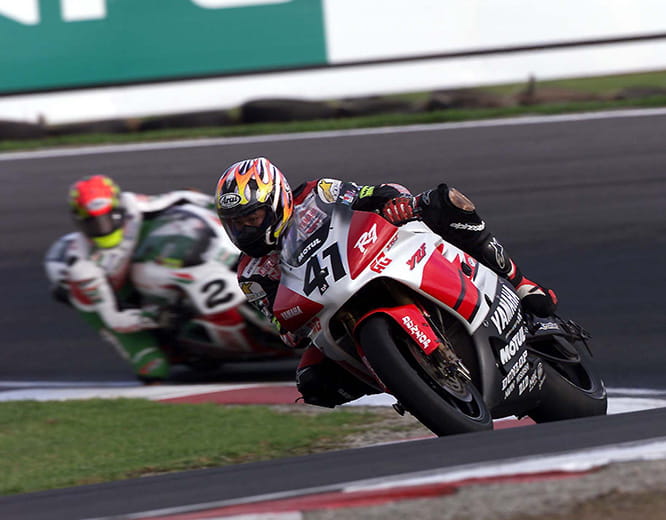 Riding the super-exclusive homologation special R7 for the second year, Haga looked like he could finally nail both his, and Yamaha's, first WSB title but ultimately lost out to Colin Edwards on the Honda. The Japanese rider's season was hampered by legal wrangling and points-docking over a failed drugs test (he was found to have ephedrine in his system after taking a herbal remedy to lose weight) but in the end Edwards won the title fair and square.

Yamaha then withdrew from WSB in 2001 and would not return in an official capacity until 2005. With V-Twins seeming to have an advantage under WSB rules in the early 2000s (in 2003, 9 out of the top 10 bikes in the championship were Ducatis), there had seemed little point in racing the YZF-R1 but Haga returned to the fold to race it in 2005 and finished third overall, repeating the feat the following year before going one better in 2007. Third again in 2008, it was clearly going to take fresh blood if Yamaha was ever going to win a WSB title and that came in the most dramatic fashion with the arrival of American hot shot, Ben Spies. 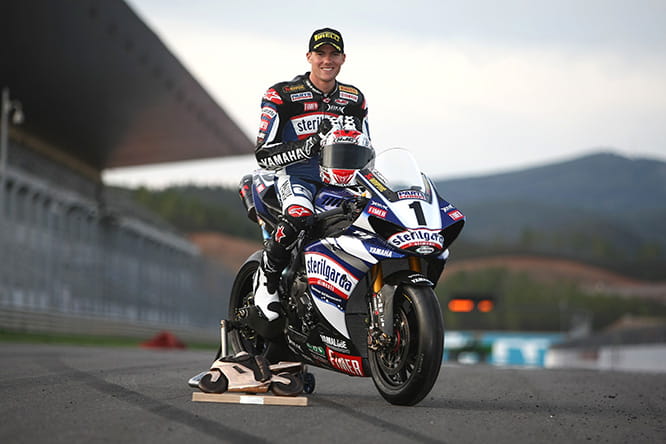 The Texan had won three consecutive American Superbike titles before being snapped up by Yamaha's official WSB squad to ride the new, booming, crossplane-crank R1. Spies stunned the racing world by lifting the world title at his first attempt, despite not knowing any of the circuits, the team, the tyres, or the bike. It remains Yamaha's one and only WSB championship success.

With Spies being fast-tracked to MotoGP, Yamaha fielded an all-British team in 2010 with Cal Crutchlow and James Toseland. Toseland failed to win a race but Crutchlow won three before he too headed for MotoGP. 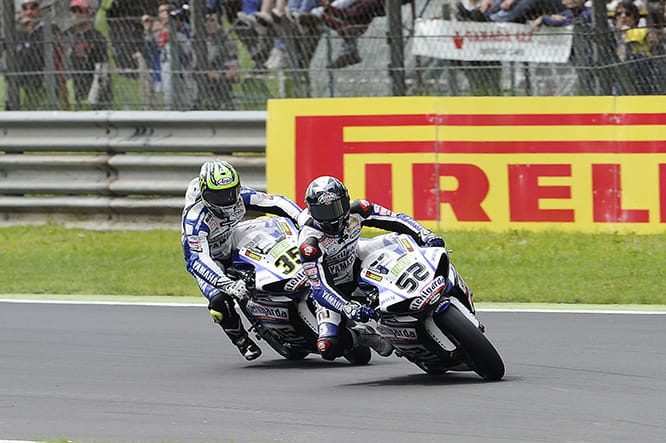 MotoGP refugee, Marco Melandri, finished second in 2011 with Ireland's Eugene Laverty an impressive fourth but both riders were denied another shot at the title when Yamaha again withdrew from the championship at the end of the year.

In 2016, Yamaha will once again return to WSB in an official capacity with a bike that has already won the British Superbike championship in the hands of Josh Brookes. The team will be run by long-standing Suzuki campaigners, Crescent, and will consist of Britain's Alex Lowes – the 2013 BSB champion - and Frenchman, Sylvian Guintoli, the 2014 WSB champion. On paper, it's as good as it gets, but only time will tell if Yamaha can add a second WSB title to its disappointing haul of one.

But how will they fare?  or