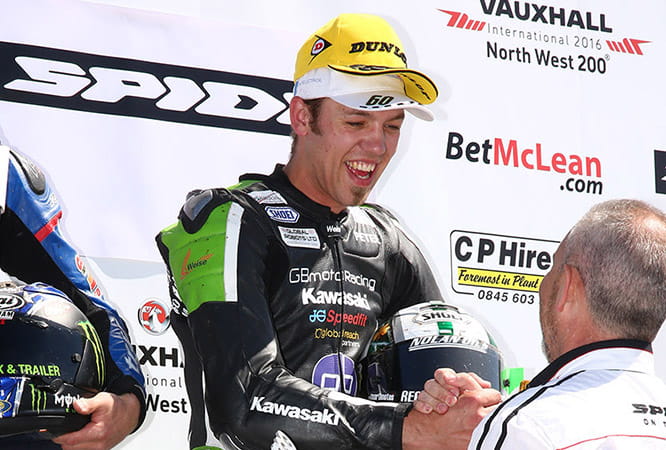 In a short space of time, Peter Hickman has become an Isle of Man TT sensation. He only made his debut on the iconic mountain course in 2014, going on to become the fastest newcomer in TT history and has only continued to impress since.

An equally impressive second TT culminated in a 131.626mph lap for the Lincolnshireman in last year’s Senior and he’s since gone on to win international road races at the Ulster Grand Prix and Macau. There is no doubting his talent or speed.

This year Hickman takes on a new challenge as he switches manufacturer for the first time in his roads career. Having competed his first two years of road racing on BMW’s S1000RR, he will move to the brand new Kawasaki ZX-10R for 2016 having signed with the GBmoto Kawasaki team, with whom he also competes in British Superbikes under the JG Speedfit banner.

It’s not only the change of manufacturer that’ll be new either, for the first time he’ll campaign a full-spec superbike in the RST Superbike and Pokerstars Senior TT races, while also entering the Bennetts Lightweight category on a Kawasaki ER-6. 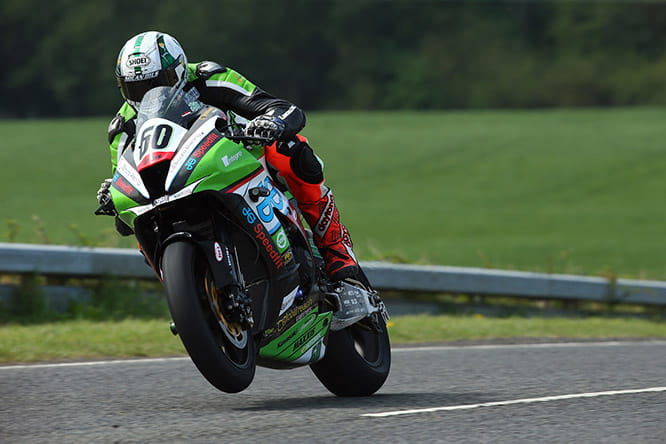 “It’s been a good couple of years for me,” said Hickman speaking to Bike Social. “I’ve been really happy with the way I’ve progressed, I’m happy that I’ve managed to secure a ride in a factory team for 2016 and I’m looking forward to the new challenge of riding a different manufacturer on the roads. This year will also be my first time out on a superbike at the TT, as we’ve only brought a superstock bike so far.

“The Senior was a good strong race for me, so to do a 131.626mph, which was pretty much the outright lap record two years ago, is pretty cool and to do that in two years is unheard of. Who knows what this year will bring?”

At the root of Hickman’s success could be his calm and collected approach to racing on the roads. Having cut his teeth racing short circuits in British Superbikes, where he’s still a contender, Hickman often points out that riding the TT requires a more relaxed style than the short circuit approach, which requires riders to be on the limit at every given moment.

Exemplifying his nonchalant attitude, Hickman insists there is no pressure for him to achieve any particular result at the TT.

“I don’t put any pressure on myself,” he says. “This is my third year; I’ve only had two years of experience which isn’t a lot at all. Not when you’re looking at John McGuinness who has been here 20 years! There is no pressure from me, no pressure from the team and no pressure from Kawasaki. Obviously we all want to win if we can but that isn’t the be all and end all, especially this year. I’d be peaking if I was on the podium but as long as we’re still in the top ten, getting solid results and learning I’ll be happy.”

Winning a 1000cc or Supersport TT in your third year would be unheard of and even a podium would be unlikely, but the Lightweight 650 supertwin class levels the playing field so even riders with relatively little experience have a chance of pushing for victory.

“We’re doing the lightweight class this year to get some extra track time and another race under my belt,” said Hickman. “And you never know, I might even have a shot at being on the podium or winning it! John Burrows produces a really good bike and has been close to the podium before so I’m looking forward to riding it.”

It takes years to fully learn the 37.73-mile mountain course and while Hickman is confident he knows which corner is where, he acknowledges he hasn’t got much experience in varying conditions after two good years when it comes to weather.

“I know the course fairly well, the advantage the other guys with experience have is when things change like the wind or the circuit conditions and they know where that affects them. For the last two years we’ve had fairly good conditions so I haven’t had much experience in different conditions and that’s something that can catch you out really easily and if it does you’re in a lot of trouble.”

Despite shooting to road-racing stardom, Hickman has kept his foot in the door in the British Superbike championship and even took a surprise victory in the opening round of the 2016 season at Silverstone. Traditionally riders have either been good at one or the other when it comes to roads and short circuits, but Hickman seems confident he’ll be able to give both his full attention this year.

“I don’t prioritise one or the other,” he said. “I love racing bikes, I want to make the showdown in BSB and have a crack at the championship. TT wise I want to be somewhere near the front while learning as much as possible and hopefully improving what I did last year, but one isn’t more important than the other. For me it’s whatever the next meeting is that’s my priority. The biggest challenge is switching between the two when I’m on Dunlops on the road and Pirellis in BSB, there’s a lot going on but I don’t think it’ll be a problem.”

For all the latest news, reviews and features from the 2016 Isle of Man TT races, keep checking Bike Social and follow us on Twitter: @bennetts_bike