The illustrious career of Valentino Rossi 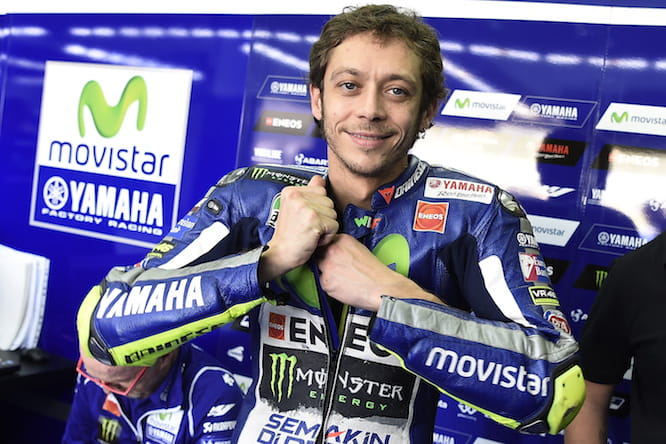 To the vast majority of his adoring fans across the world, he is the simply the greatest rider of all time.  Valentino Rossi is virtually assured a “home race” atmosphere wherever he races amid a career of sheer brilliance, fun, excitement and sheer enjoyment which captivates and has made him into the public face of MotoGP – their true brand ambassador.

And that rang through even amid the controversy of the closing races of the 2015 season when his mind-games and then the war or words with the champion of the previous two years Marc Marquez spilled over into an infamous on-track clash.  Rossi had claimed the young Spaniard was angry because of incidents earlier in the year and that Marquez would sooner have Jorge Lorenzo win the title than the 36 year old Italian.

Rossi was punished, a back of the grid start for the final title deciding race – riding with passion and purpose he thrilled with his charge through the pack, taking fourth, earning the plaudits and cheers from the usually partisan crowd who booed as Lorenzo with his seventh victory, ahead of his constant shadow Marquez, took the title, denying Rossi his tenth world crown.

Rossi will be back for more, chastened, bitter at the time, but showing the same determination that has been his hallmark since his father Graziano, himself a rider with Grand Prix experience, introduced his five year old son to speed, and karting.  Soon it was two wheels, mini-moto, then the Italian Sport Production series then graduation into 125cc action in Italian and European championships. 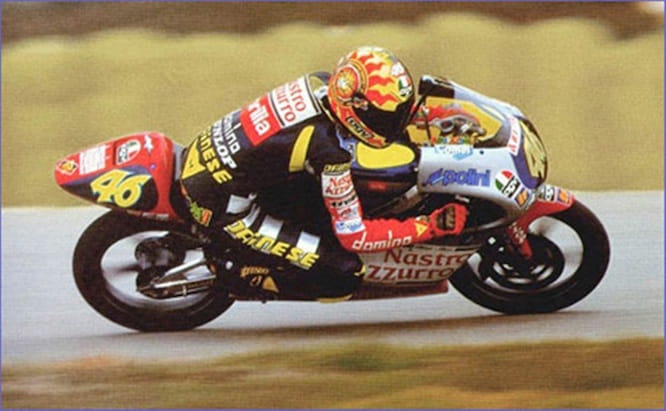 It was a sound base to learn his craft and Rossi was into 125cc World Championship action in 1996, making his debut at Sepang in the Malaysian round and then enjoying his first victory in that season’s Czech Republic race at Brno. He was quickly settling to the challenge, ninth overall that campaign, he took the 1997 title chase by storm, winning all but four of the races to notch up the first of his nine World crowns.

Staying with Aprilia, Rossi stepped up into 250cc racing in 1998 with the first of his five wins that term coming at Assen, enough to take him into second place overall and from that, he launched an all out attack on the title, starting five times from pole, and winning nine races and the title. The sport’s power brokers all wanted him, but it was the might of Honda that captured the signature of Rossi.

After an inauspicious start to his 500cc career, Rossi was on the podium in Spain, and celebrated his first win in the top flight at Donington Park by dressing up , complete with bow and arrow, as Robin Hood.  This was vintage Rossi  – he had the antics that no other rider could ever match, hard as they tried. He poked fun at one, reputedly dating a top model, by riding around on his slowdown lap with a blow-up doll tied to his back.  Another time, after a winning ride, he was flagged down by fans dressed as traffic policemen who gave him a ticket for speeding.

The fun was there, though he was always deadly serious about his racing and preparation. Second season in the top flight, now running to MotoGP spec, and Rossi won eleven times. The crown was his, and it would stay with the man from Tavullia for the next four seasons, midway through which he did what to many was the unthinkable by switching marques.  Rossi left Honda at the end of the 2003 season to ride Yamaha, not that it affected him as the “number 46” bike continued to rule supreme through to the end of the 2005 season.

The rider ,who now had seven World titles, and called himself “the doctor” for no reason apart from he reckoned in Italy it is an important position might well have added another the next year. He fought back from early season machine problems to grab the points lead going into the final round at Valencia, only to crash at the first corner.  He finished as runner-up to Nicky Hayden, and the following year ran third overall. 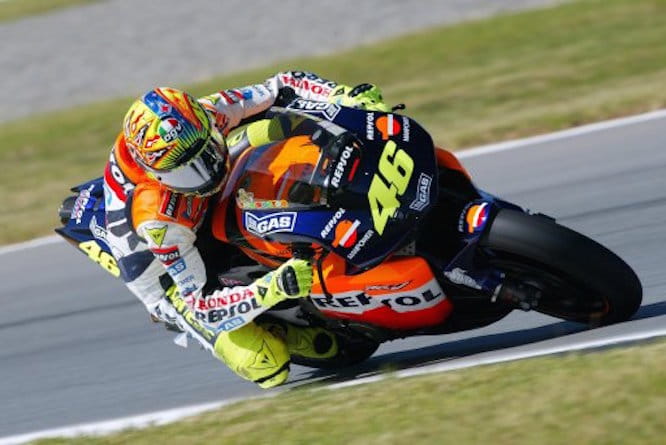 Around that time, Rossi had test drives, impressing with immediate speed, in Ferrari F1 cars, and then rallying, but he talked of unfinished business on two wheels and with the MotoGP changing to a 900cc spec, Rossi was the master of that in 2008, along the way matching Giacomo Agostini’s record of 100 Grand Prix victory, as he triumped at Assen. Five other victories saw him crowned  and he retained the title the following season, making it seven in the top flight, celebrated by his fans dressing up as the Seven Dwarves to greet him on track,

Rossi’s hopes of another hat-trick however end in a heavy tumble at his home circuit, Mugello, in free practice for the 2010 Italian round left him sideline with a broken leg.  He battled back, finishing third overall, ahead of switching to what seemed the dream team. An Italian riding Ducati but it was anything but a winning move for Rossi who struggled to tame the bike to his liking.  In his two seasons with them, Rossi was seventh and sixth, and after that, he returned to the Yamaha fold.  He had to wait until Assen, a third of the way into the season to taste the winner’s champagne for the first time since Malaysia in 2010. 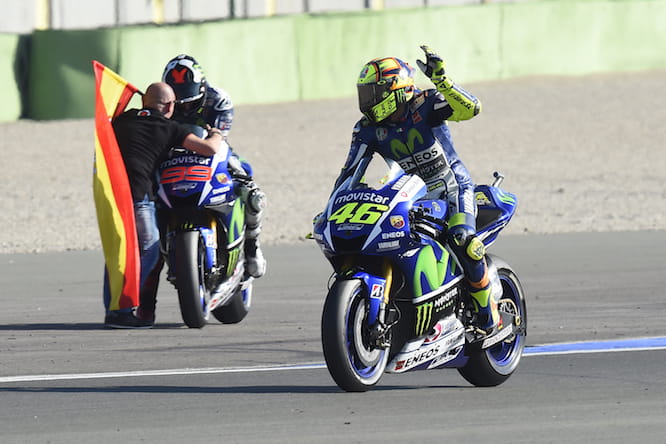 He finished that campaign in fourth place overall, and then in both 2014 and 2015 was runner- up first time to Marquez, and then most recently to Lorenzo amid the various conspiracy theories and arguments that even had senior politicians from both Spain and Italy having their say. If nothing else, Rossi had returned the sport to main-line national media, and while the purists gave his antics, and his on-track clash with Marquez at Sepang the thumbs down to many, including television pundits he remained the GOAT.  The Greatest of All Time.