The greatest GP of all? 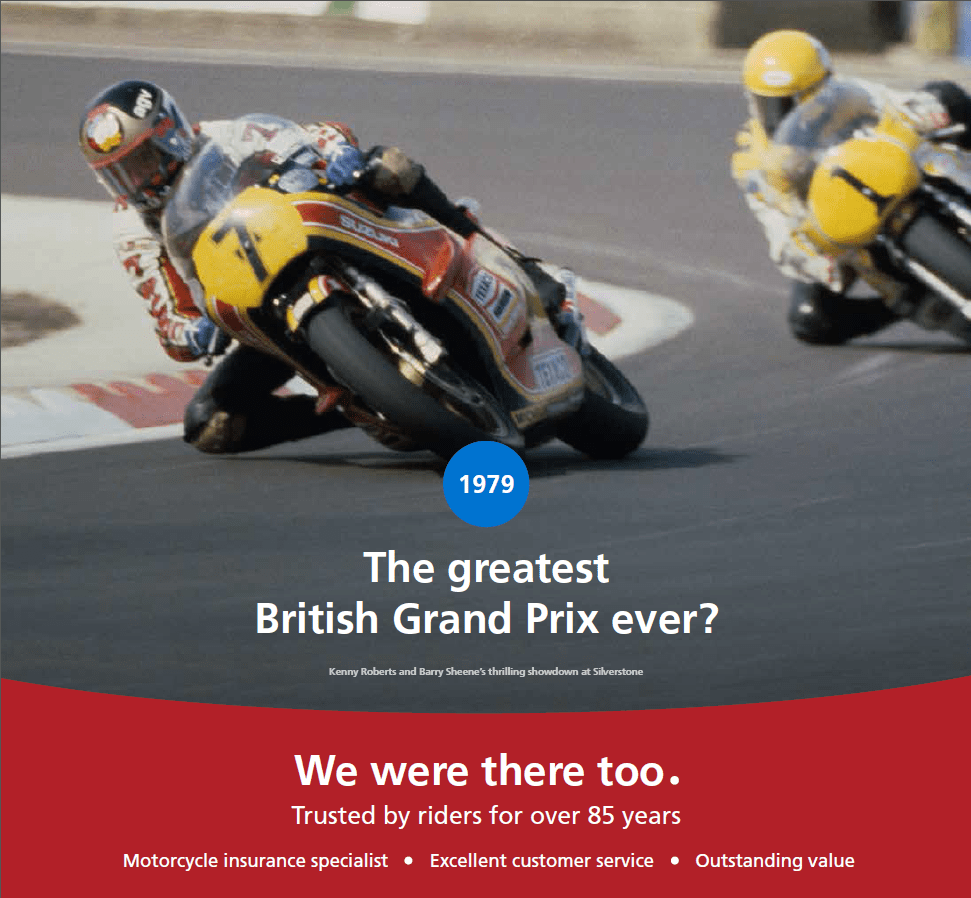 The 1979 British Grand Prix is the one of the most talked about races of all time, memorable for the race-long battle between two of racing’s all-time greats.

After the drama of the 1978 GP, where torrential rain created chaos and led to confusion about the validity of the actual results, the 1979 event turned out to be an absolute classic between Barry Sheene, at the height of his fame, and reigning champion Kenny Roberts.

It was a race where the two went head-to-head for the full 28-laps, a pugilistic battle that was equally memorable for Murray Walker’s colourful TV commentary as Sheene flicked the V sign to his American rival down the straight. Swapping positions lap-after-lap, Roberts edged out an advantage as the home favourite got caught up with backmarkers on the penultimate lap, but despite Sheene’s best efforts it was King Kenny who went on to take the win by just 0.3 seconds, on his way to a second consecutive world title.

As a side note, the race was also notable for the return of Honda to the premier class after an 11 year absence. Unlike their competitors with their light and powerful two-stroke engines, the Japanese giants entered an innovative (but unreliable and underpowered) monocoque chassis four-stroke featuring oval pistons and eight valves per cylinder. It was a disasterous return. The bikes started right at the back of the grid with Mick Grant crashing out on his own (leaking) oil at the first turn and his team mate Takazumi Katayama stopping with a bike problem after a handful of laps.

Honda would be back on top with a two-stroke of their own a few years later, but back in the summer of 1979 the only talking point was the mammoth battle between Sheene and Roberts.