Sarolea looking to create a shock in electric race

Author: The journalist formerly known as Oli Rushby Posted: 17 May 2016 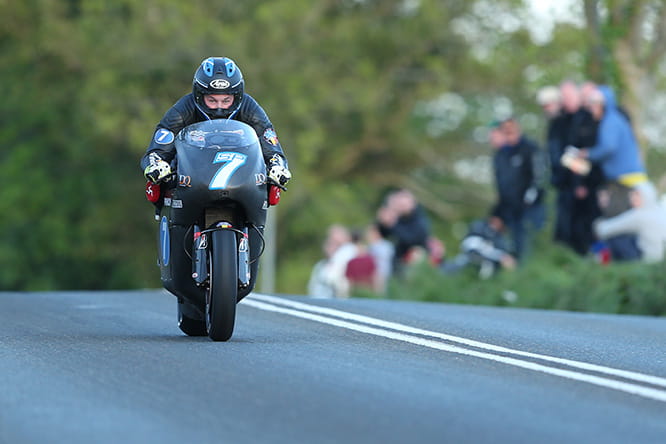 Belgian team Sarolea is heading to the 2016 Isle of Man TT with one goal; to beat the all-mighty Mugen in the TT Zero race.

Since MotoCzysz, the American company whose founder and driving force Michael Czysz died of cancer earlier this month, left the TT Zero scene two years ago, Japanese outfit Mugen have been an unstoppable force in the electric TT with riders John McGuinness and Bruce Anstey. Despite that, the Belgian outfit is adamant they can put a stop to that dominance this year, with team boss Bjorn Robbens convinced that they can up their game and do a 120mph lap.

“We accept that anybody who wants to win the TT Zero this year, or even be on the podium, will have to do a 120mph lap so that is the magic number,” Robbens told Bike Social. “We are pretty confident that we can break that so then it is all down to the race.

“It’s still a race that has to be ridden, anybody can have issues or mechanical problems so I think we stand a real chance, especially with the new riders on the bikes as we know they are fast around here. We are confident of putting up a real challenge for Mugen and perhaps even beating them if the odds are in our favour.

“The bike needs to be completely ready and able to do it, which we think it is, then it’s mainly down to the circumstances – if it’s windy for example or if we catch one of the riders in front and get in the slipstream. With multiple bikes we can try different strategies and it can go in any direction. It’ll be tough breaking the 120 barrier, it’ll be a big evolution again from what we did last year so it’s going to be a big challenge.”

This year marks the Belgian hipsters’ third attempt at the TT and with two years’ experience under their belts they bring a new iteration of their stunningly beautiful battery-powered machine to the mountain course. Last year they entered the race with one rider, Scottish privateer Robert Wilson. They finished fifth, behind the Mugen and Victory entries, doing a 106.51mph lap. To hit the magical 120mph mark, they'll need to find an improvement of around 2:20 with their improved bike and big name riders.

“This year we have a reiterated version of our bike, with modifications on the fairing and the cooling and we’ve worked on the software side a bit to make the bike a bit more intelligent,” Robbens explained. “Now it can take care of certain things so the rider doesn’t have to. These riders are used to riding petrol bikes, so we need to make sure they can go full throttle without having to worry about the battery running out before getting to the finish line.”

In terms of power, Robbens claims the SP7 is capable of putting out in excess of 200bhp, but for the TT this is scaled back.

“We now have different maps on the bike, so we have the bike’s potential power and then the settings we’ll use for the TT. The potential is about 214bhp but for the TT we’ll scale that down to around 160bhp.” 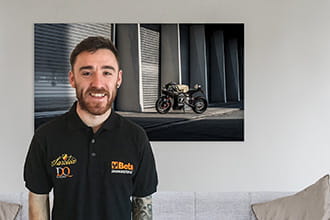 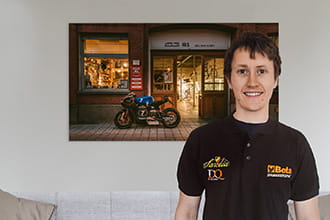 To make their intentions clear Sarolea have recruited Lee Johnston and Dean Harrison to race the bikes this year – both proven competitors around the 37.73-mile mountain course. 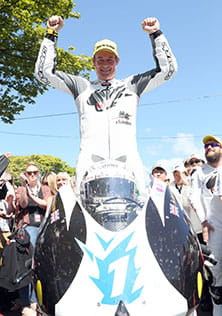 “We made a long list of riders and looked at riding styles, the weight of the riders as that’s very important in the Zero class as the weight of the bike is already high as it has to carry the batteries. If you can gain some weight with a small rider it’s very important. Riding style is important too, we need smooth riders who aren’t aggressive and I think that’s where we’ve found a good match with both of them. When we asked them if they wanted to ride they were very enthusiastic from the beginning, so we’re glad to have them on board.”

It’s clear Sarolea are taking their attack on victory very seriously this year, but whether they’ll be able to beat the Honda-backed Mugen squad remains to be seen. John McGuinness currently holds the TT Zero lap record with an average speed of 119.279mph and the Morecambe Missile believes there was more left in the tank.

“To be honest when I came back in and the Mugen guys saw 119mph I think they were a bit gutted! The bike is probably capable of more but it just wasn’t happening on that day. That’s the thing with only doing one lap.

“I love riding the electric bike, people say to me it’s not a real win but then I’m like ‘you do it’! Bruce isn’t a slow rider if he gets up on the right side of the bed so there’s always someone there for me to beat, but it would be nice to see other bikes up there too. Lee and Dean are both quick guys so it’ll be interesting to see what Sarolea give them.”