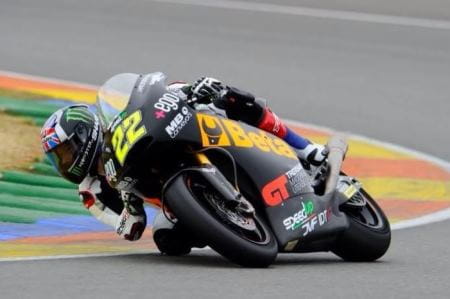 At twenty-three years old Sam Lowes’ career is in its very early stages, so to say he’s already been a British and World Champion is quite an impressive feat.

Lowes first came to note in 2009 as he took victory in the British Supersport Cup championship but it was the year after where the then nineteen year old really began to impress. Riding for the GNS Racing team, essentially a privateer outfit running out of the back of a van, Lowes stormed to five victories and finished on the podium in all but two races to take the championship.

This earned him a place in Simon Buckmaster’s PTR Honda World Supersport squad; a proven front running team with Eugene Laverty finishing runner up the two years previous. The season started well with Lowes taking a podium at the first round in Phillip Island but an injury suffered at Donington saw him miss a couple of rounds. It didn’t take him long to get back towards the front, taking five podiums in total during his debut World Supersport campaign but it was the three races in which he didn’t score that damaged his championship chances. 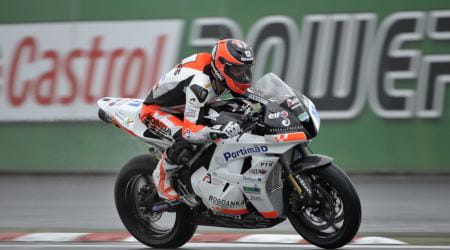 Regrouping for 2012, Lowes returned with PTR and once again got off to a strong start despite a clear speed deficit from the off. He took his debut victory during his home round at Donington Park and took one more victory plus two further podiums that season to finish third in the championship.

Opting to leave Buckmaster’s team for 2013, Lowes joined Russian outfit Yakhnich Motorsport riding the proven Yamaha R6. After being out-dragged to the line at Phillip Island by Kenan Sofugolu, Lowes came back hard at Aragon to build a significant lead before suffering a heart-breaking mechanical failure in the last few laps. At the next round in Assen, Lowes took victory after a tough battle with Kenan Sofuoglu and then went on to win the next three races including a dominant performance at Donington Park.

With it becoming clear there were only two runners in the title chase early on, Sofouglu got the better of Lowes once again in Imola and fought hard in a tough battle between the two at Silverstone, in which the three-time champion knocked the Brit from his Yamaha R6 on the very last lap. Lowes got his own back by taking victory at the Nurburgring as the title battle intensified. Lowes showed his maturity in Istanbul at Sofuoglu’s home round, when he surrendered in a last lap battle to avoid an incident despite needing to win to take the title. 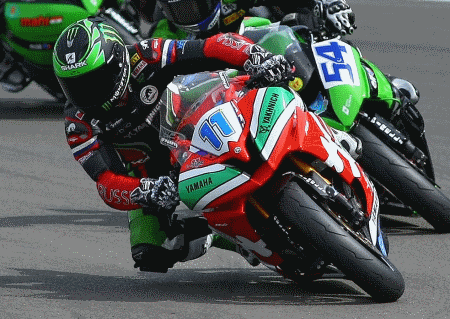 Two weeks later in France, Lowes demonstrated his true racer mentality; he was almost guaranteed to take the title but still fought hard for the win even though he didn’t need it, just missing out in the end due to a red flag. Riding into Jerez as champion, Lowes stormed to one final victory to put him forty-nine points ahead of Sofuoglu in the final standings.

Lowes moves to Moto2 for 2013 with Speed Up in what some could say is a risky move, with few other World Supersport racers having successfully transferred to Grand Prix racing. However, the Lowes twins seem to have a somewhat unbelievable talent and early signs suggest he won’t be too far from the front. Having made a positive start in Moto2 already, it’s perhaps not just 2014 that looks positive for Sam Lowes, but his Grand Prix career as a whole. Lowes is without a doubt one of the most promising motorcycle racers Britain currently has.