Life in the old dog - The Resurgence of Rossi 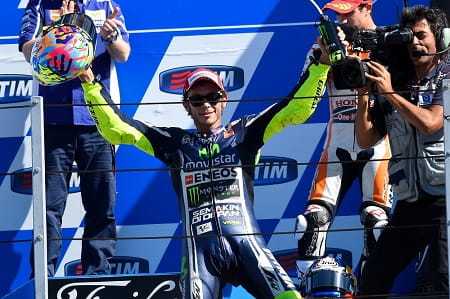 One of the biggest stories of this year’s MotoGP season was the resurgence of Valentino Rossi. A veteran by all accounts, Rossi is 14 years senior to double World Champion Marc Marquez yet throughout 2014 he wasn’t all too far from the Spaniard’s tail.

Considering most people, even those ‘in the know’, had written the nine-time World Champion off after a disastrous two years with Ducati and a somewhat mediocre return to Yamaha in 2013, Rossi’s performance this season was even more surprising.

The Italian scored 295 points, the highest tally he has ever accumulated without winning the world title. He finished on the podium more than any rider other than Marquez and on occasion he put up a strong fight against the Spaniard.

Some may suggest Rossi’s 2014 results were gifted to him through a shoddy start to the season for Jorge Lorenzo and an awful second half for Honda’s Dani Pedrosa, but one of the most telling things about Rossi’s campaign was his performance in front of a home crowd in Misano. 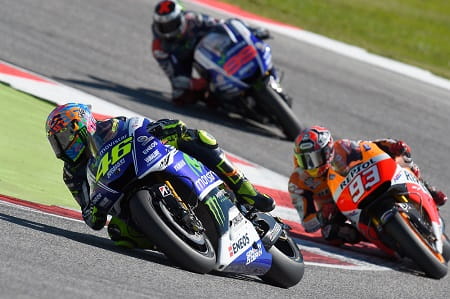 Rossi was faster than Marquez on that day, there is no doubt about it. In fact, it could be argued that Marquez was forced to try harder than he had all season for the victory. Watch the footage; the Honda man was erratic on the tail of a calm, calculated and smooth Rossi. Marquez struggled to hit the apex in each turn as he desperately tried to cling onto the rear of his aging rival, so it was no surprise when he slipped off his RC213V throwing away 20 valuable points.

Take Marquez out of the equation and Rossi could have won at least eight races this season. We know it’s not quite as simple as that but Marquez is a phenomenon, just like Valentino was when he stepped up to 500cc Grand Prix in 2000. The sheer fact that Rossi can even come close to beating Marquez at 35-years-old shows his level of talent. Beating riders such as Jorge Lorenzo and Dani Pedrosa is not an easy task as Rossi has found out in the last few years.

It’s fair to say that one strong season doesn’t mean he’s ‘back’, but he’s a lot faster than people thought he was. Speak to anyone in the MotoGP paddock and they’ll admit they had wrongly ruled him out. Marc Marquez’ 2014 campaign was far from perfect, he made a number of mistakes and just a couple more could have swung the title chase wide open. When you take this into account and consider that Yamaha may roll out a more competitive package for 2015, you realise that there really is still life in the old dog that is Valentino Rossi. One thing’s for sure… there will be a few more cheeky bets on him taking the title next season than there were at this point last year.