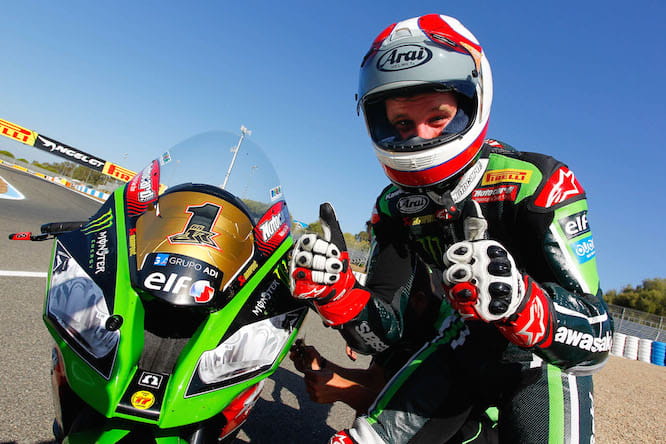 As a kid he is reputed to have said that road racing was boring compared to his love of moto-cross action, but Jonathan Rea soon changed those ideas as he embraced a career that was to take him to the World Superbike crown.

Rea, after several years of modest results as he remained loyal to Honda, whose bikes he had ridden throughout his career, opted to switch to race for the factory Kawasaki team and to say he took the series by storm is something of an understatement.  He was a podium finisher in each of the first eighteen races, winning a dozen of them, sealed the title in Jerez, celebrated with a Magny Cours winning double and missed out on matching the all time points scoring record of Colin Edwards only when a machine problem halted him in the final race of a memorable campaign.

The rider from Larne, in Northern Ireland, fast-tracked himself through the ranks from his fledgling days in the British 125GP series as a 16-year-old and within six years he was competing on the World stage.  Rea had shown in those early days that he was something special, underlining his talent with a third place finish at Brands Hatch in the penultimate round of the 2003 season aboard his Red Bull Rookies Honda which eased him into a satisfactory fifteenth place in his debut campaign.

That heralded him moving into British Supersport, again running in Red Bull Honda colours, but after early promise his season was ended by a hefty crash at Knockhill.  Rea bounced back strongly. He had the continuing support of Red Bull and that powered him into the ranks of the British Superbike series.  The 2005 season was to be a learning experience as he got to grips with his Fireblade and the highlight was taking pole start for the Mondello Park round. 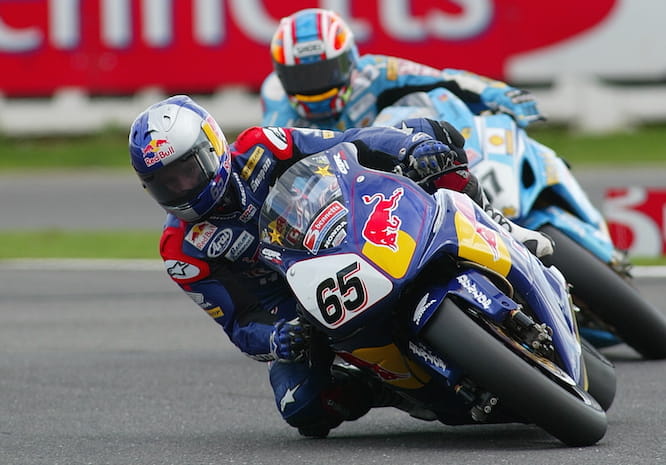 Rea had done enough to convince that he was one for the future and he rewarded that faith with consistency in the 2006 season of BSB, starting the new campaign brightly enough with a fifth place at Brands Hatch.  Fourth and second at Knockhill, Rea was growing in stature with every appearance as he finished the campaign in fourth place.  That was enough to take him into the factory supported HM Plant Honda squad as team-mate to their newly crowned champion Ryuichi Kiyonari.

Two podium places in the opening round of 2007 at Brands Hatch, where Kiyonari struggled, underlined that Rea was to be considered a contender for the crown and that was underlined by a mid-term charge that brought a victory at Mondello Park and then a first winning double at Knockhill.  But a tumble at each of Mallory Park and Cadwell Park pegged him back, though he bounced to take the second race win at the Lincolnshire circuit. It was not enough, and he had to settle for runner-up to the Japanese rider in the title stakes.  Some consolation for that was his success in the 300kms race at Suzuka.

Rea was eager to progress to the World stage but with openings in Superbikes limited, he opted for a deal with the Ten Kate Honda team riding first in World Supersport for them, but after a year, stepping up to Superbikes.   At the team’s home round of Assen, Rea ran his team-mate Andrew Pitt close for victory, finishing 0.014secs down, but he beat him three times at Brno, Brands Hatch and Vallelunga as he finished as the series’ runner-up. 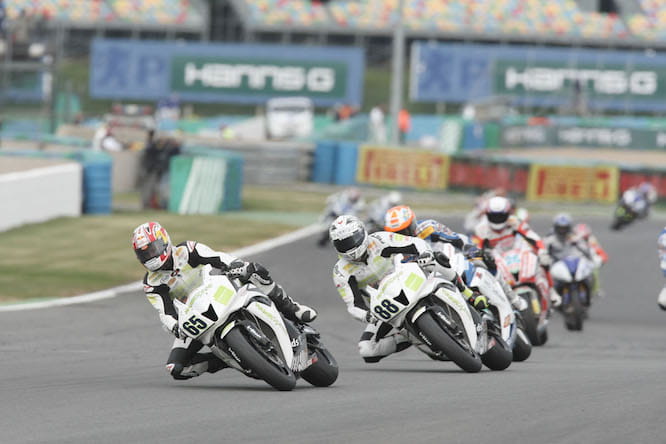 That proved his stature with the team and he was in World Superbikes for the 2009 campaign the highlight of which was a maiden victory at Misano en route to a creditable fifth place overall.   Rea expected more and the following season he rewarded the team with a dazzling double top at Assen and with other podium finishes and a victory at Brno he ended the season fourth overall and that despite some erratic form in no small part down to the bike.

Rea considered his options but continued with the team, winning at Assen and Imola, in an injury hit 2011 season and the following year, again not without its problems he finishes fifth overall, but enjoyed a winning ride in the Suzuka Eight Hours race and also deputised in a couple of MotoGP races for Honda’s injured Casey Stoner. 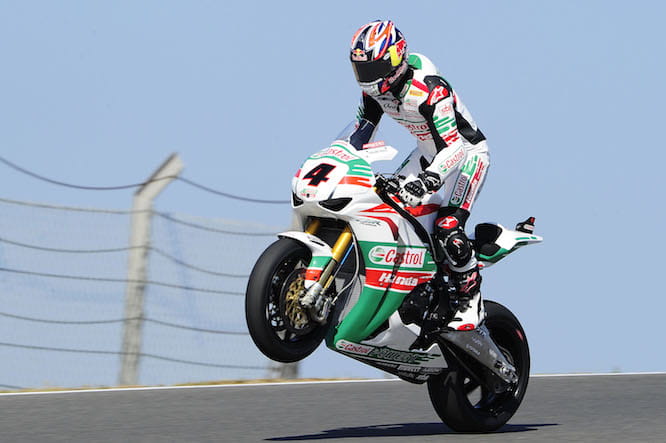 More deliberation, but continuance in World Superbikes with Honda and a solid first half of the 2013 season, topped by a winning ride at Silverstone, but then for Rea, disaster at the Nurburgring as he crashed, breaking his left femur, ruling him out for the remainder of that campaign.   2014 brought more strong performances as at the head of the pack Sylvain Guintoli and Tom Sykes dictated terms but Rea kept them honest with wining rides including a winner double at Imola and other successes at Assen and Portimao.

He finished that term in third place overall, and hungry to take the title made the decision to leave Honda and join Kawasaki – it was a winning move in every sense as he romped to the World Superbike crown in dominant style.