With the World Superbike Championship kicking off this weekend, we thought we'd bring you this extensive guide to the 2014 season, including information on riders and their bikes plus the race calendar and TV info. This handy spotter's guide will mean you know who's who on the grid as the lights go out for Round 1! 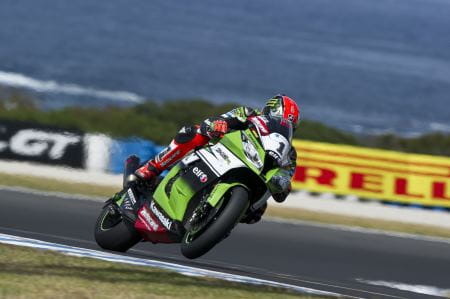 You won't be able to miss Tom Sykes this season as he carries the Champion's number one plate and keeps the distinctive red flash on his helmet. The official Kawasaki Team's livery is mostly green with white and black flashes and will usually be found towards the front of the field.  David Salom also forms part of the squad, fielding a new EVO-spec machine. 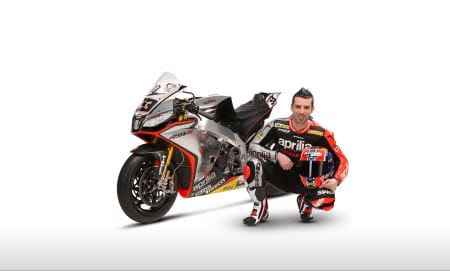 Aprilia has swapped the distinctive red and black for an equally distinctive silver colour scheme this season as Marco Melandri joins Sylvain Guintoli in the Noale factory's squad. The new reflective livery (pictured above) should glisten in the sun as the rider pairing try to re-gain the rider's crown Aprilia lost out on last year. 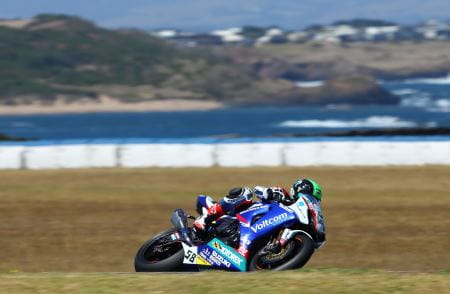 Crescent Suzuki see a new title sponsor in Voltcom for 2014 as they look to up their game. A strong force in pre-season testing, Alex Lowes and Eugene Laverty are looking good for podiums if not race victories this season. As usual, Laverty's helmet will have the luminous green flash if you're looking to identify him from his team mate at the side of the track. Lowes' lid will be adorned with the Monster logo once again this year. 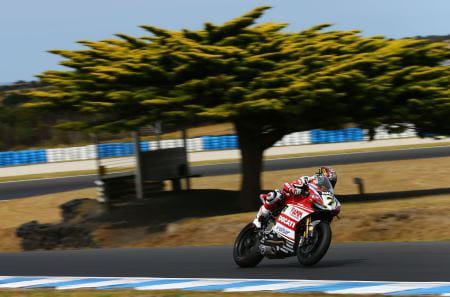 Ducati are really looking to improve this year as they return with their first full-factory effort in the series since 2010. Rekindling their relationship with Feel Racing, the team with which Ducati has enjoyed vast success in the past, will hopefully see riders Chaz Davies and Giugliano pushing towards the front. The bikes will be seen in the more traditional red, white and black and of course, if you're trackside you'll be able to listen out for the beautiful sound of the rumbling twin. 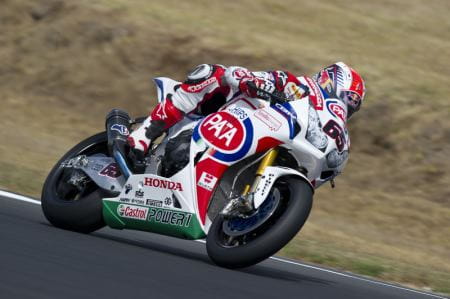 Retaining their 2013 line-up, PATA Honda will be hoping for a little more luck in 2014 after both riders suffering from injuries last season. Reports suggest the team has made a number of improvements to the bike over the winter and are hoping to be more of a challenger in the season ahead. The bikes keep their distinctive red white and blue PATA livery, the easiest way to tell Rea and Haslam apart is that Rea's sponsored by Red Bull. 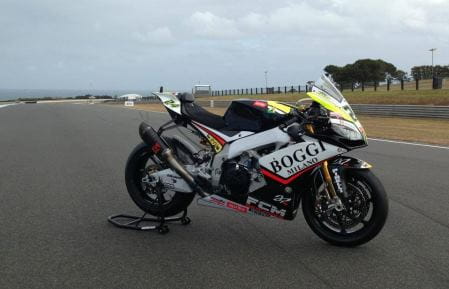 Toni Elias returns for a full season in World Superbikes this year with Red Devils Aprilia. The livery is very much the same as last year, although contains more of Elias' fluorescent yellow. He'll be looking to make a mark in 2014 after showing promise towards the end of last season. 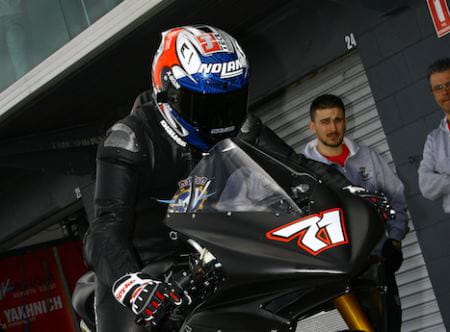 MV Agusta return to World Superbikes this year with the Yakhnich Motorsport team and former Moto2 rider Claudio Corti. The team's livery is yet to be revealed. Out of the three new manufacturers to Superbike, MV Agusta is expected to be the best in terms of performance after their successful introduction to the World Supersport category last year. 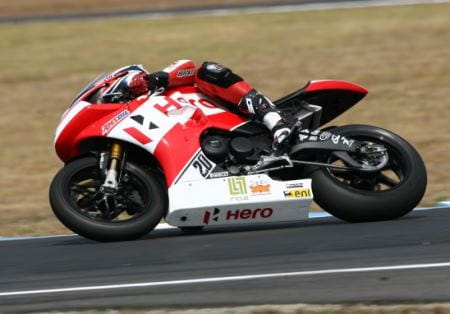 The first American manufacturer ever to compete in World Superbikes. EBR enter the series in a simple red and white livery, to fit with title sponsor Hero. Capable of running towards the front at AMA, the team will face a tough task acclimatising to the ultra-competitive World Superbike series. 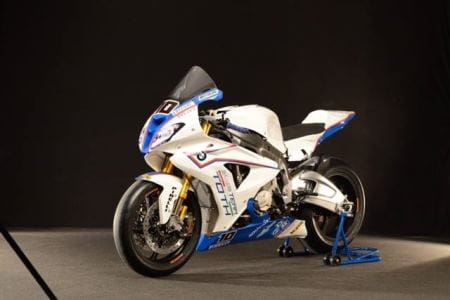 Imre Toth will step up to World Superbikes in 2014, as he fields BMW's only S 1000 RR in the main Superbike class. He'll be joined by countryman Peter Sebestyen who will compete on an EVO-spec BMW. 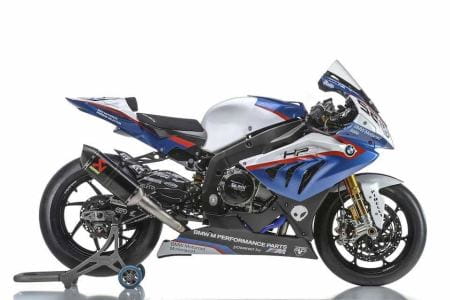 Sylvain Barrier graduates to the World Superbike EVO class in 2014 with his BMW Italia Superstock team. As twice Superstock champion, Barrier will have high expectations in the EVO class but has already had a tough start to the season, crashing out in testing injuring his pelvis. He'll be replaced by Aussie Glen Allerton for the first round. 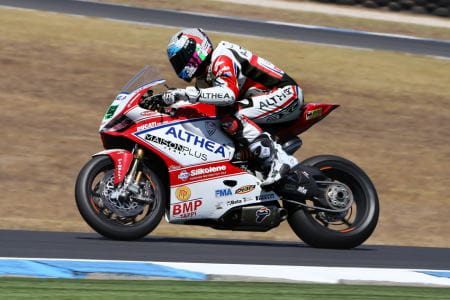 Althea Racing has been on quite the journey since winning the title with Carlos Checa three years ago. Now back with Ducati, the team will compete in the EVO category with Niccolo Canepa. With their traditional red, white and blue livery the team are hot favourites in the EVO category. 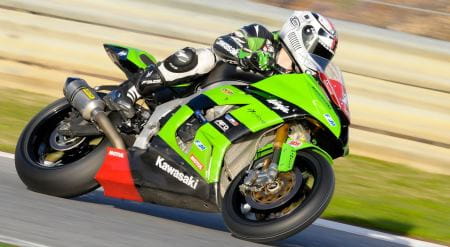 Another Superstock team stepping up to the EVO Superbike class this season is MRS Kawasaki who step up with Jeremy Guarnoni, who won superstock races with the team last year. Guarnoni has shown he can battle fiercely so should bode quite well in the big class, but will have to learn some of the international circuits. 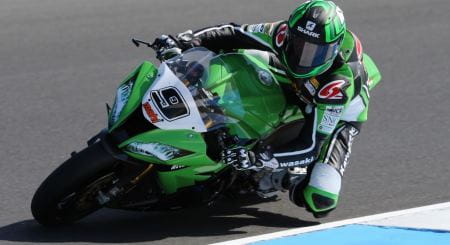 As well as fielding Kenan Sofuoglu in the World Supersport championship, Mahi Kawasaki will run veteran Fabien Foret in the superbike EVO class. In terms of experience, Foret might just have the most on the entire grid but with that experience does come age, so it'll be interesting to see how he performs against the young guns such as Canepa, Barrier and Guarnoni. 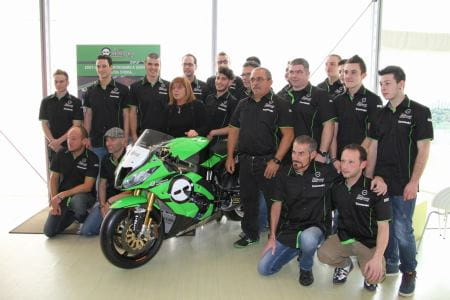 Pedercini will field Andrea Andreozzi and Luca Scassa in 2014 and they've decided to be a little bit difficult, as both riders will run different livery. Scassa will be easy to spot though, as the former Supersport front runner's livery is bright orange. 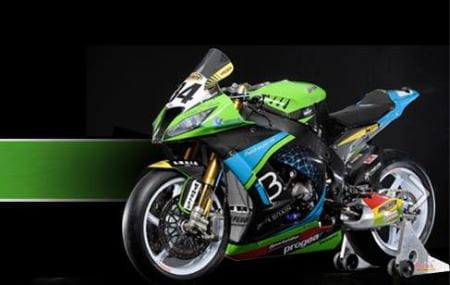 Team Grillini switch to Kawasaki from BMW for the 2014 season and hire one of the most experienced riders on the grid, former factory Ducati rider Michel Fabrizio. He's joined by South African Sheridan Morais. The livery is quite distinct, as it includes the bright blue of energy drink sponsor, Iron Brain. 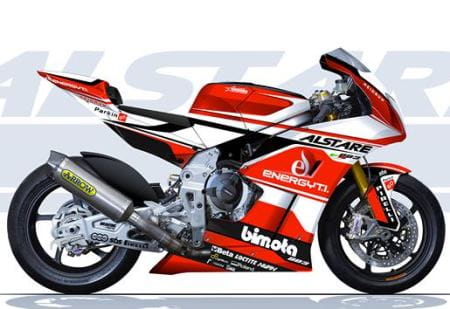 Bimota are set to return to World Superbikes some thirteen years since their last foray into the series. However, having not met the FIM's homologation requirements the squad aren't present in Phillip Island but are hoping to start their season at Aragon in April. Already on a back foot with the brand new BMW-powered BB3, they're going to have a lot of catching up to do. In terms of the livery, it looks like last year's Alstare Ducati!

In the UK and have a digital TV platform you can watch World Superbikes live in high definition on British Eurosport. For 2014, World Superbikes are also offering a video-pass service for their website, WorldSBK.com

If you're looking forward to the World Superbike season as much as we are, you'll be in for a treat!

Read more about Superbike Insurance. Or, to comment on this article or !