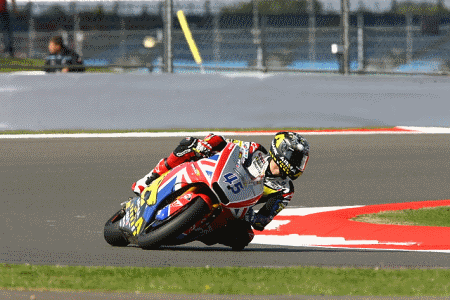 With four British riders contesting in the premier class this year, things are certainly looking up for British racing and there’s also strong British representation across the Moto2 and Moto3 support classes too.

As Scott Redding demonstrated last year by almost clinching the Moto2 crown, at this moment in time the closest a Brit will come to taking a Grand Prix World title is in the support classes and for the 2014 season Bike Social reckons we’ve got at least one rider capable of fighting for the top spot.

After a tough year in Moto2 with Tech3, Danny Kent returns to Moto3 this season with Aki Ajo’s Red Bull outfit. He’ll be riding a Husqvarna (or at least a KTM with Husqvarna stickers) and has already shown his talent back in 2012 riding for the same team. Kent looks much happier now he’s back in Moto3 and looks comfortable on the bike. With three wins already to his name, Kent is arguably Britain’s best hope of achieving Grand Prix victory this year, but he’ll face tough competition in the ultra-competitive Moto3 class. 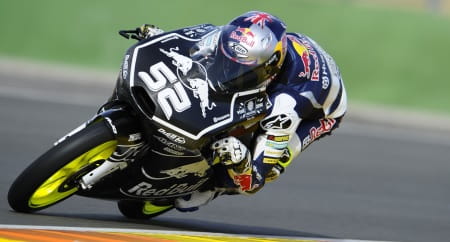 Another Brit in the Moto3 class is Scotsman John McPhee, who remains with the Racing Team Germany squad in 2014 with Honda machinery. McPhee finished nineteenth last season on the uncompetitive Honda with a best result of seventh at Motegi. With Honda upping their game this season with a brand new Moto3 machine, McPhee will be looking to have a much stronger season. In the final test at Jerez he set the sixth fastest time, showing promise for the young Scot. Podiums are certainly a possibility.

British World Champions are quite a rarity in motorcycle racing but there’s one joining the Moto2 field this year in the shape of 2013 World Supersport Champion, Sam Lowes. Lowes is fast, there’s no doubt about it and he really wants it. Riding for Speed Up, the Lincoln lad has had a good showing in testing despite a fall which resulted in a collarbone injury. The SpeedUp machine isn’t as proven as the Kalex or even the Suter but Lowes is for sure a podium contender. ‘Maniac Joe’ Andrea Iannone could win on the machine, so it could be possible for Lowes to as well.

Lowes is joined in the Moto2 class by Gino Rea, who had a tough season last year competing in a number of Moto2 races as a wildcard in his own team aboard an FTR. In a replacement ride for the flyaway rounds on a Speed Up, Rea impressed, scoring points in two races. For 2014, he returns for a full season with his own team plus an American sponsor, this time running Suter machinery. Rea is a talented rider and has shown his promise in World Supersport and with impressive performances in Moto2 testing and qualifying. In 2012 he took a podium with the Gresini team. There’s no reason top ten finishes shouldn’t be on the cards for Gino in 2014, but it will be tough

With the four riders in MotoGP and four across Moto2 and Moto3, Britain has a good offering for Grand Prix racing in 2014, but with all the series as competitive as ever, it won’t be easy for any of them.