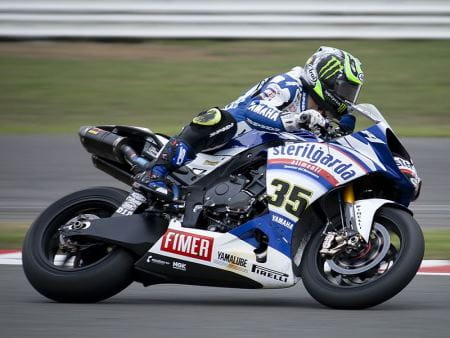 Cal Crutchlow is one of Britain’s best Grand Prix riders since Barry Sheene having been in contention for regular podiums in the last two years. This year things will be a little more difficult for him, as he switches to Ducati. But where did it all start for the Coventry lad?

Crutchlow was destined to be a professional sportsman from a young age, although initially his interest did not lie within racing. In fact, Crutchlow was a footballer and had trials for Coventry City and Aston Villa, but after suffering a knee injury chose to switch to the world of motorcycle racing.

After winning the famed Aprilia RS125 Challenge in 2001, Crutchlow next came to note finishing second to Tommy Hill in the 2003 R6 cup. He then moved into the British Supersport series where he finished third in 2005 before going on to win the champonship in 2006. 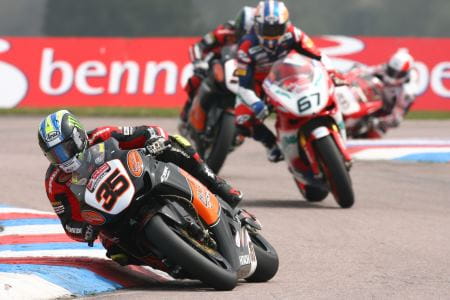 Crutchlow then moved up to British Superbikes with Paul Denning’s Rizla Suzuki outfit alongside BSB veteran Chris Walker. It was very much a learning year, with results gradually getting better and better. At the final round of the season at Brands Hatch he achieved his first ever podium in the series.

Crutchlow’s efforts in 2007 saw him rewarded with a factory Honda ride alongside Leon Haslam the following year. The season started well, with a second place and victory at the first round at Thruxton (after the cancellation of Brands Hatch because of snow). Crutchlow won again at Brands Hatch later that season and took a further nine podiums to finish the season in third place, behind Champion Shane Byrne and team-mate Haslam. Two wildcard appearances in the World Superbike championship showed Crutchlow’s potential, with the Coventry-man taking a second place at Donington and fourth at Portimao.

Instead of remaining in Britain to fight for the title in 2009, Crutchlow moved to the World Supersport series with Yamaha, a move criticised by many at the time. Crutchlow soon proved his critics wrong as he began scrapping with Irishman, Eugene Lavery for the title from the early stages. Taking five victories and a total of ten podiums, Crutchlow stormed to his first world title. 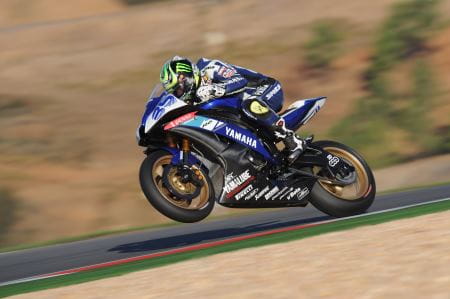 Remaining with Yamaha, Crutchlow stepped up to the World Superbike Championship in 2010, joining the team which had just won the title with Ben Spies. He endured a tough first half of the season, taking just three third places at Portimao, Monza and Salt Lake City. However it was in the second half of the season that Curthclow came into form, storming to a dominant double victory at Silverstone. He only finished off the podium twice in the remainder of the season, taking one further win in Magny Cours.

Crutchlow was offered the opportunity to move to MotoGP in 2011 and grabbed it with both hands, joining Herve Poncheral’s Tech 3 team. It was a tough season for the Brit, as he struggled to get into the top ten in many races. That season also saw the start of the curse of his home race, as he fell heavily in qualifying suffering an ankle injury. A fourth place at the end of the season in Valencia showed his potential and he was given a second shot at Grand Prix with Tech 3 the next season. 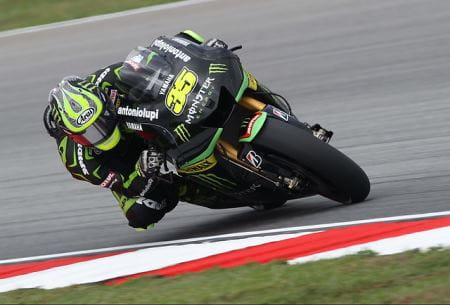 He came out fighting in 2012, scrapping heavily in the first few rounds with team-mate Andrea Dovizioso, replicating his best ever finish of fourth place in the first two races. Consistent top ten finishes saw Crutchlow build up confidence and at Brno, just after re-signing with Tech 3 for another season, Crutchlow took his first ever Grand Prix podium.

Already having two podiums under his belt, Crutchlow was tipped to be a consistent podium challenge last year and he didn’t let down, often beating factory rider Valentino Rossi. It was clear during the 2013 season that Crutchlow was ready to step up, but with Rossi and Lorenzo signed to Yamaha for another year his options were limited at Yamaha. Knowing he needed a factory ride to progress, Crutchlow took the jump and signed for Ducati, despite the Bologna factory being in a difficult place.

Testing has so far looked positive, but we’ll have to wait and see how Crutchlow gets on this season but our bet is he won’t be as slow as you think.