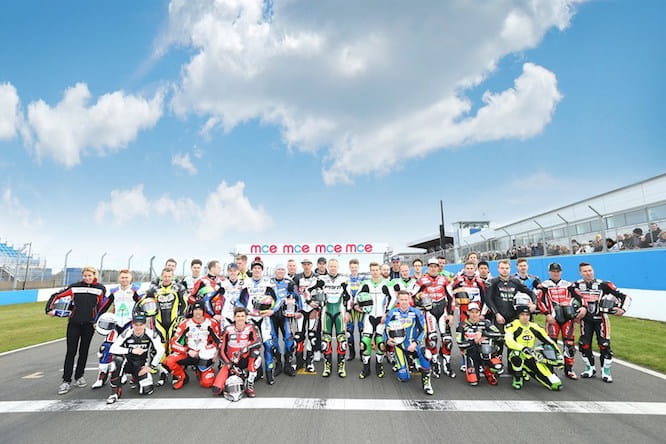 The more I think about it, the more excited I get about the British Superbike season getting underway this weekend.

This year could present us with one of the best British Superbike seasons we’ve seen in quite some time, and there are a number of reasons why.

Let’s start with the obvious. Ryuichi Kiyonari’s fall at Brands Hatch last year saw what should have been a titanic final scrap for the title end in an unfortunate, anticlimactic manner. Hopefully the season ahead will mark the re-match and if it’s anything like some of the races we saw last year, it should be absolutely incredible. Think back to those two encounters at Silverstone in October…

Remember how Byrne and Kiyonari fought tooth and nail for victory at the Northamptonshire circuit? Who was sat a tenth behind them, doing his all to keep up on inferior machinery? Josh Brookes.

It’s fair to say the Aussie will be up there again this season, only this time, he hasn’t brought a knife to the gunfight, he’s brought what has the potential to be the motorcycle racing equivalent of a Challenger 2 battle tank.

The new R1 is special, we know – we’re currently riding one, and Brookes is no slouch. The Milwaukee Yamaha team haven’t had all the testing time they’d have liked over the winter and at the moment there are still a lot of standard components on the bike. Brookes told me at the Donington test that the motors in both his and Broc Parkes’ R1 were almost straight out of a road bike and openly admitted he wasn’t sure when the race parts would arrive. 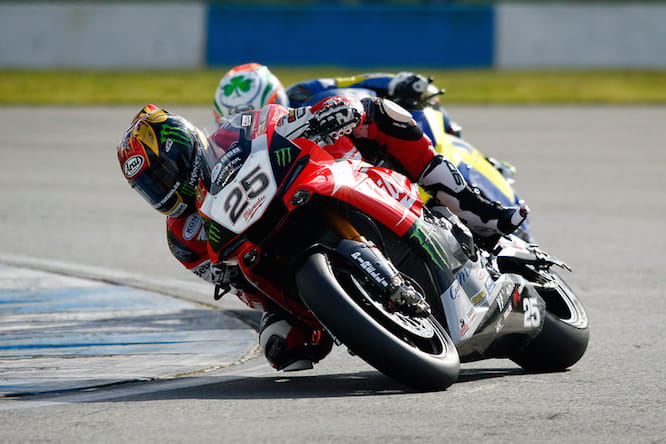 The team are going to start the season on the back foot a little but it shouldn’t take long for them to get up to pace. Even in standard trim, the R1 is an incredible bike and it weighs so little already, it should be fairly competitive from the off. When they get into their comfort zone, I think they will be a formidable force. Brookes has slammed British Superbike’s showdown system (where the top six riders shoot out for the title over the last few rounds on a more even playing field) in the past, but this year it could certainly play into his hands.

It’s not just all about those three though… I count 14 more riders capable of top five results and many of these are podium contenders if not potential race winners.

The Tyco BMW duo should be a force to be reckoned with. They’re BMW Motorrad’s lead team in the championship this season so should get better technical support than Kiyonari’s Buildbase-backed outfit.

Bridewell finished third overall last year and is more than capable of running at the front. Michael Laverty returns from MotoGP and again, there’s no reason he shouldn’t be in the leading pack.

However, technical problems during testing have held the team back with Laverty even saying round one could be a damage limitation exercise. I’ve no doubt the pair will be up there eventually, it’s just how long it’ll take. 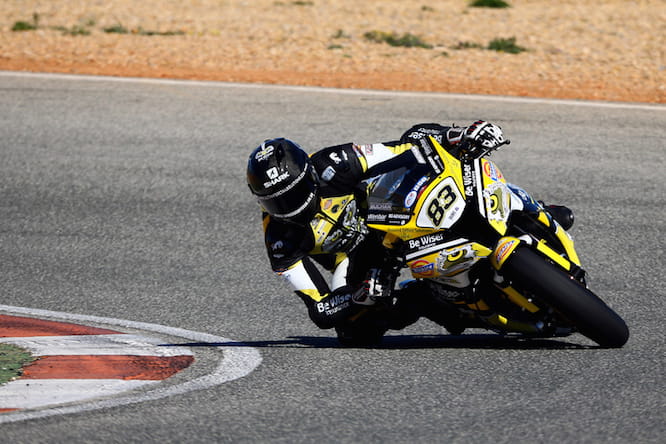 Danny Buchan has impressed me during pre-season testing. I always knew he was fast, I remember realising that when he was in the Stock 1000 championship with MSS Kawasaki back in 2010. He freely admits he stepped up to superbike too early in 2012, but now there is no doubt about his readiness. He’s been fast throughout testing and I reckon he’s in a strong position to spring a surprise. I’ll be impressed if he can maintain a consistent challenge across the season but if it’s not this year, he’ll certainly be one to watch for the title in the very near future.

JG Speedfit GBmoto Kawasaki seem to have taken some huge steps through the winter. Ellison was quick last year but always seemed to be lacking that final tenth to the race leader, then came the injury. Now fully fit, he’s confident about a title challenge. Frank Wrathall, who looks after PBM’s Kawasaki motors, has taken over the team’s engine tuning and Ellison reckons this will make a world of difference.

2013 champions Honda Racing return this year and Havier Beltran’s squad certainly don’t do things by halves. Dan Linfoot was one of the revelations of last season and it’ll be interesting to see how he goes on what he claims is the best bike he’s ever ridden. O’Halloran could impress too; he’s quietly risen through the ranks but is seriously quick on his day. 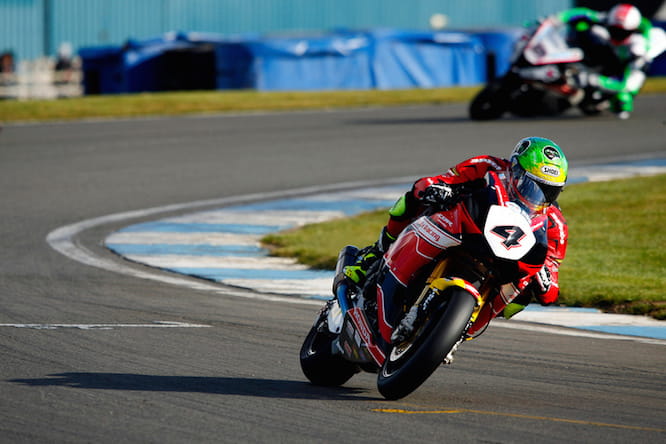 Let’s not forget the Bennetts Suzuki duo. They face a tough task with what is undoubtedly an out-dated bike but with Jack Valentine at the helm, a man who knows the Suzuki GSX-R1000 inside out, anything is possible. It was only a year ago that Josh Brookes took the GSX-R to race wins. Waters won wet races last year which meant his dry top five results were somewhat overlooked. I don’t think we’ve seen the best of the Aussie yet, could Valentine bring it out of him? I really rate Iddon too; he did a tremendous job on the MV Agusta and Bimota in the World Championships.

You can’t look past the likes of Chris Walker, Peter Hickman and Richard Cooper either. All three showed flashes of brilliance in 2014 and could enjoy a strong season this year. Luke Mossey is one to watch too, the rookie has been seriously quick throughout testing. The important for thing for him will be to keep a calm steady head, it’s very easy for these young riders to step up to the top class, show signs of being fast and get a bit cocky about it before finding themselves in the gravel weekend in weekend out.

The wait is nearly over, tomorrow Free Practice gets underway and we’ll get a first glimpse into the accuracy of our predictions. Whatever happens, it’s bound to be a rollercoaster 28 races.