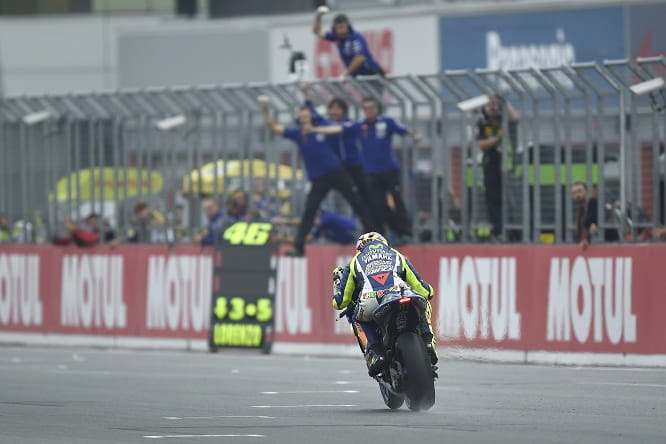 Worried about what to do as the nights draw in and the weather deteriorates? Fear not, a bumper weekend of bike racing is sure to keep you entertained. This weekend sees action from all three major championships, with MotoGP in Phillip Island, World Superbikes in Qatar and British Superbikes at Brands Hatch and fortunately, the time differences mean none of them clash!

First up will be the Grand Prix action from Australia. If you're wanting to see this live you'll be getting up early we're afraid - but with Valentino Rossi leading Jorge Lorenzo by just 18 points with three races remaining it's bound to be worth it, especially as the pair admit their relationship is a little tense at the moment! However, we'd also recommend the super-early start to watch Moto3, as Danny Kent looks likely to become Britain's first world champion since Barry Sheene in 1977. Find out what he has to do to clinch the crown here.

At Brands Hatch, Josh Brookes needs to beat Shane Byrne by just three points in Saturday's first British Superbike race to take the title. However, as we all know, it's never that clear cut in BSB and anything could happen! Four-time champ Shane Byrne is the only man who can stop the Aussie, but what does he have left up his sleeve?

While the World Superbike Championship may have been decided two rounds ago, the fight is on to finish second to Jonathan Rea. In the red corner, is Ducati's Chaz Davies, who has been almost unstoppable in the second half of the season. The Welshman has only finished lower than second once in the last eight races and has taken four wins since Laguna Seca. In the green corner is the champion's team-mate, Tom Sykes, who only narrowly missed out on the title last year. Is he going to finish one place further down the pile in 2015?