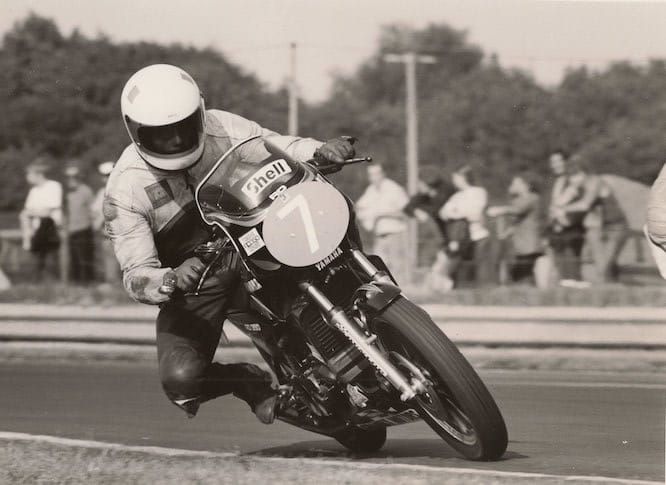 Simon Beaumont was in at the very start of the original Yamaha Pro-Am series, racing in the first two years of the championship in 1981 and '82.

He started racing on a 500 Triton in 1977 and by 1980 had been crowned Marlboro Clubmans 350cc champion – a title that led to an invite to race in the Pro-Am series as one of the amateurs. He finished sixth overall in '81 and had a best individual race result of third at Oulton Park in '82 – but this time racing as a 'Pro.'

Beaumont went on to race TZ350 and TZ750 Yamahas with some success in national meetings as well as contesting the Manx GP in '81 and '82. He was lying second in the Newcomers 350 race in his first year at the Manx until his bike seized, and was fourth in the 1982 Senior before engine problems forced him out again.

Sadly, we never got to see Beaumont fulfil his obvious potential as he was made redundant in 1982 and was forced out of racing due to lack of funds. He's unlikely to be made redundant again though as he now owns his own precision engineering company in Huddersfield called SLP Engineering (UK) Ltd.

Beaumont has raced sporadically in recent years, taking part in the odd club and classic event either on a Yamaha TZ350, a Yamaha XS750 twin, or a Honda MT125 supplied by Earnshaw's Motorcycles of Huddersfield. 'I haven't raced for a couple of years due to business commitments' he says. 'But when Mick Crick (a former racing rival) told me about the Pro-Am race I didn't hesitate to put myself forward for it. It might just be a bit of fun but I think there's no doubt that everyone is out to win it and I'm no different!'