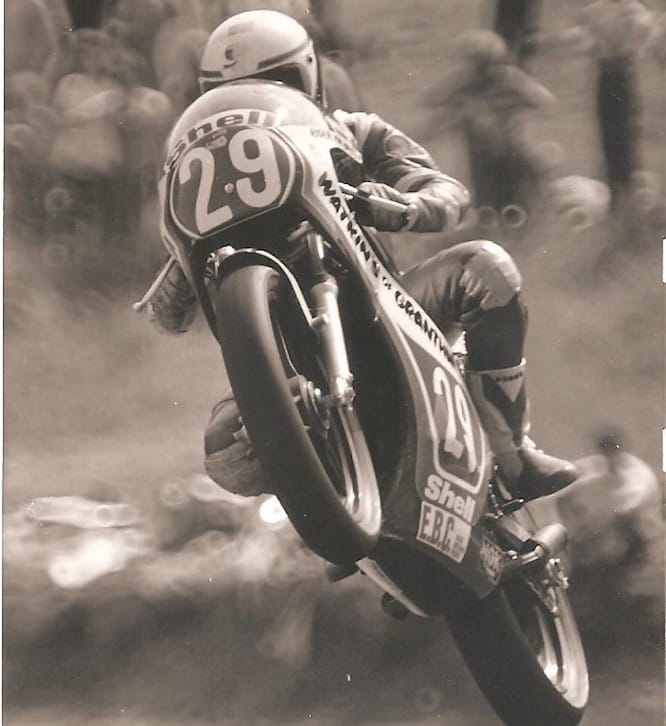 Kim Barker raced in the very first year of the original Yamaha Pro-Challenge in 1981 and finished top amateur and second place overall behind eventual champion, Pete Wild. He took several race wins and podium finishes both that season and in the following year's Pro-Am Challenge before moving onwards and upwards. Barker enjoyed wins at club, national, and international level on a mixture of 125, 250 and 350cc machinery before retiring in 1986 when he became 'disillusioned' at not being able to secure the kind of sponsorship he needed to remain competitive.

Barker now lives in Lincoln and is a team manager for electricity utility company, Western Power Distribution. One thing he doesn't do much of these days is ride motorcycles. 'This is 100% genuinely a novelty for me' Barker says. Due to having started racing at 16 and having an international racing licence at 18 - and having no spare money - I never actually took my bike test. So, apart from a Yamaha FS1E when I was 16, I have never owned a road bike and haven't ridden anything since 1986!'

A gap of 29 years might have put some off the idea of racing a motorcycle again but Barker had no hesitation when approached by this year's Pro-Am race organisers. 'It only took me about five seconds to say yes to the chance to race in pro-Am again' he laughs. 'I certainly didn't have to think twice about it. I'm honoured, excited and crapping myself all at the same time! I'd love to win the race but basically I have two hopes – Bob Hope and no hope!'