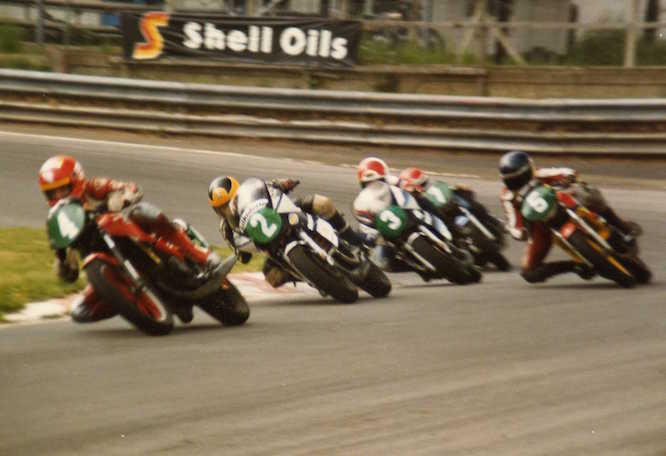 John Corrin started club racing in 1982 and came second in the Marlboro Clubmans 250cc Production Championship in 1985 and won the ACU/MCA 250cc Production Championship the following year. He was lying second in the Yamaha TZR Cup (a later variant of the Pro-Am Series) in 1987 until a bad accident at Cadwell Park forced him out of racing for more than a year. He returned in 1989 and, riding for the Belstaff Yamaha team, won the ACU Star Supersport 400 Championship. He was second in the same series in 1990 but had another bad crash at Mallory Park the following year that ended his racing career. 'At least I won first prize in the going-straight-to-hospital championship!' Corrin jokes. 'But I never raced after that.'

Corrin is now a consultant in the printing industry and is the proud owner of an MV Agusta F4 road bike. 'I didn't ride for 12 years after my crash but I like to take the MV to the Isle of Man each year for a holiday. I also do some parade laps on an ex-Brian Reid Yamaha TZ250 that I own – the one that went down in the fishing boat with Joey Dunlop's bikes in 1985. I'm parading it at the Classic TT the day after the Pro-Am race so it's going to be quite a hectic weekend for me.

'I was hugely honoured and flattered to be asked to do the Pro-Am race. There's so many lads out there that are way better than me but as long as I don't come last I'll be happy. Everyone's taking it mega seriously – it's gonna be carnage!'