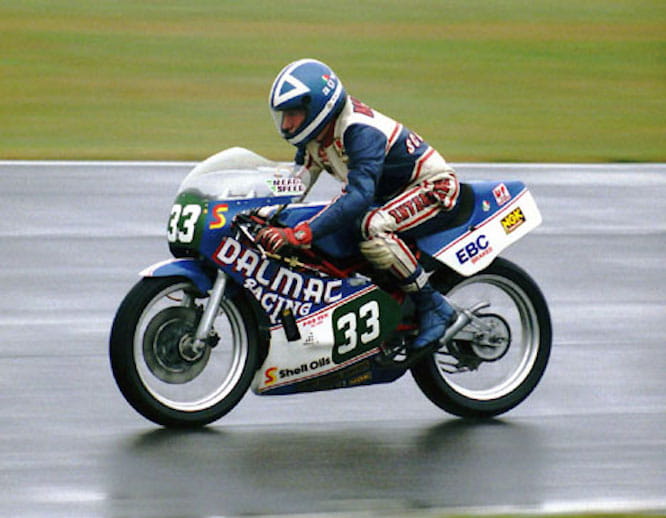 Scotland's Donnie McLeod only competed in one Pro-Am race in 1983, mostly because he was too busy winning British 250cc championships. 'I can't even remember what happened in that race' McLeod laughs. 'I qualified on the second row but it was damp and I had to win the 250cc race later that day so I probably didn't want to risk anything. I think I retired actually.'

McLeod won two British 250cc titles before moving up to race in 250cc Grands Prix in 1984. He  was a regular top-six finisher and managed to score a podium at Spa-Francorchamps in Belgium in 1986. He retired in 1988. 'I was very lucky that I never injured myself while racing and I thought the odds must have been stacking up by that point' McLeod says. 'I also wanted to retire from racing when I was still young enough to start another career.'

That career has been impressive. Already a qualified design engineer before he started racing, McLeod later completed a masters degree in computer-aided engineering and went on to become a lecturer at Napier University in Edinburgh. He now runs his own management consultancy business called M-Tek UK.

Which is all a far cry from hooning around Silverstone on an RD250. 'I didn't realise it was going to be a race when I was asked about this' McLeod says. ' I thought it was just going to be a parade. I'd not been on a bike for 23 years until I was asked to do a parade at Mallory Park a few years ago. I've done a few of those things now so I get the odd run-out on a bike but I don't own one – the only thing I've got is an 50cc Aerial 3 trike!

'But parades are not races so the Silverstone thing is a very different proposition. My priority these days is to stay in one piece so I'm hoping everybody plays sensibly and we can put on a good show for the crowd.'