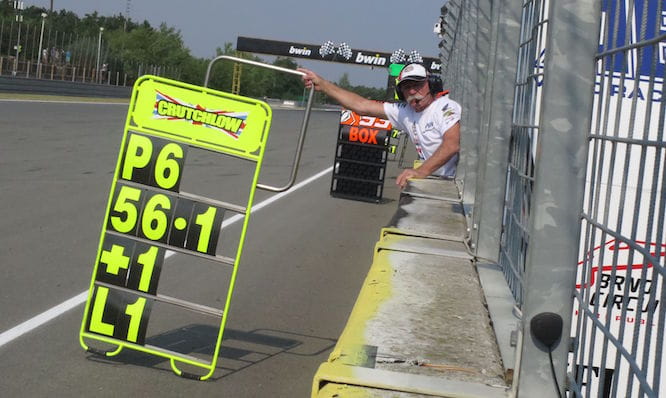 He might be better known these days as the father of MotoGP star Cal Crutchlow but Dek Crutchlow as no mean racer himself back in the day. He won races and championships at club level in the mid-1980s and raced Superbikes in the Supercup British  Championship in the 1990s. Crutchlow also raced in World Endurance events as recently as 2001 and has future plans to compete in the Classic TT and the Goodwood Revival so he's never quite managed to pack in racing completely.

Crutchlow owns a 1954 Triumph Speed Twin, a 1965 Trophy TR6, and a DOT Scrambler so still rides on the roads regularly.

A Coventry lad through and through, Crutchlow worked at Coventry Aero Engines for 27 years and has also done a lot of instructing at various race schools.  These days he can be found at most rounds of the MotoGP world championship helping his son to take on the best riders in the world. 'I just love being around paddocks' Crutchow says. 'I'm a biker – a rough-arsed rocker from the Sixties. Chris Herring approached me about taking part in the Pro-Am race and, while I never raced in the original series, I was always at the tracks when the racing was taking place so I always loved watching it. I'm excited about taking part but I'm a little bit nervous too – though I don't know why. I'm ready to get my elbows out with the best of them though. Someone told me to just follow Charlie Corner and I wouldn't go far wrong so maybe I'll try that for tactics!'