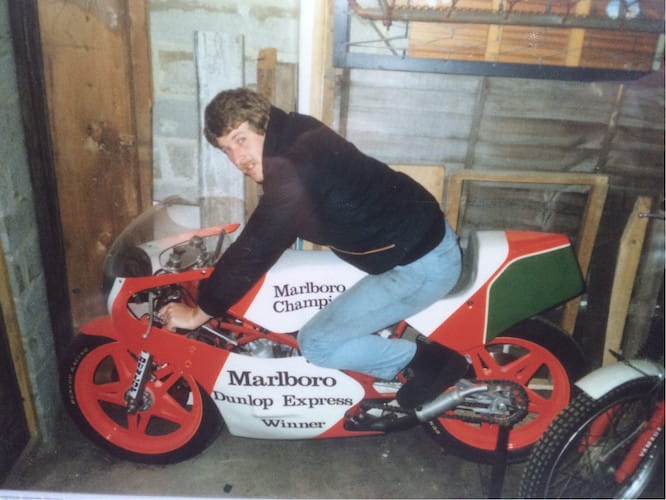 It's been exactly 30 years since Dean Askin has been on a race track but he's not lost any of his competitive edge. 'I must admit I've put a few more stone on over the last three decades but when you go out to compete in something like this you must have winning in your mind - and that's how I'm approaching it.'

Askin was a top flight club racer in the early 1980s, winning various titles including the final running of the prestigious Marlboro Clubmans 250cc and 350cc production championships in 1985. 'I raced for Stan Stephens in 1986 but packed it in after that due to lack of funds - and the fact that I'm a Yorkshireman through and through and really didn't want to live in London where Stan was based!

A former miner, Askin is based in Huddersfield and has run his own successful haulage firm – Askin Haulage – for the last 30 years, specialising in moving dangerous chemicals. He was talking to old racing rival and friend, Andy Muggleton, when the subject of the Pro-Am revival came up. 'Andy had been invited to race and said he'd speak to the organisers on my behalf and they quickly invited me to race too. I'm 55 now so I'm not going to be able to squeeze into my original leathers – I could maybe just get one leg in them – but I can't wait to get out there.

'I don't ride much these days. I've got a Kawasaki Z1B 900 road bike but I'm a bit of a fair weather rider now. It would have been nice to squeeze in a couple of track days but I'm left running the business on my own at the moment so it's hard to get the time.

'I didn't actually do any Pro-Am racing back in the day because some of the rounds clashed with my other championship commitments so I had to focus on those. So it's great to finally take part in a Pro-Am race and I'm really looking forward to it.'