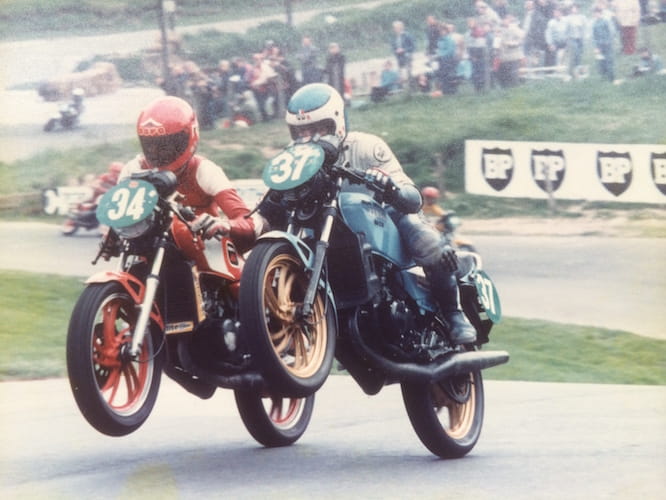 Andy Muggleton raced a Yamaha RD350LC in the RD Cup in 1985 - a spin-off of the original Pro-Am Series which was won by Kevin Mawdsley - and scored several podiums. He also won 250cc and 350cc races in the prestigious Marlboro Clubman's Championship in 1985 and went on to race in the Honda CBR Challenge in 1987 and various other production-based races before retiring in 1989. After a 21-year break he returned to the track in 2010 to try his hand at classic racing and still takes part in the occasional meeting on a Yamaha TZ350 prepared by his old RD sparring partner, Stu Melen.

Now a self-employed signwriter living in Hinckley, Muggleton is hugely excited at the thought of racing in this year's Pro-Am revival event. 'When Daryll Young of IDP Moto (the firm responsible for sourcing and preparing all 24 Yamaha RD250s for the race) rang me up and asked me if I'd like to do it I was absolutely gobsmacked!' he says. 'I keep having to pinch myself, I'm absolutely thrilled. I'm treating it as more than just a bit of fun though - I really want to go out there and make my mark. It's a great line-up of riders and even though a lot of the lads haven't ridden or raced for years, I can't imagine they're going to behave themselves - with riders of that calibre, it's just not going to happen! I do some work at the Ron Haslam Race School alongside Niall Mackenzie's son Taylor and he keeps telling me little things like his dad is down to one Weetabix in the mornings to lose weight! So I think everyone's getting all competitive again after all these years. It should be a great laugh.'