A history of British success in Grand Prix racing 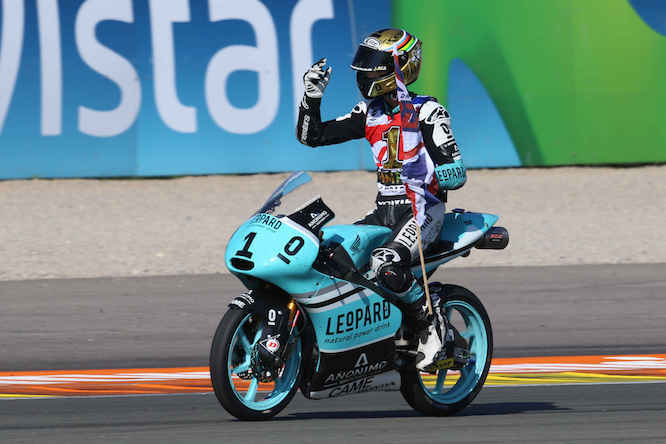 He gave everyone more than a few anxious moments but Danny Kent finally joined an illustrious list of the British sporting greats who have won a Grand Prix racing World Championship.

It had seemed that the Chippenham rider had the Moto3 silverware safely in the bag at half-term but racing is never to be taken for granted and while Kent remained cool and focussed, those around him suffered more than a few anxious moments.

Kent, just 22 years of age, took six victories plus a measured ride in the last round of a long season at Valencia to ride into the history books, ending a 39 year drought since the previous British title success by the late Barry Sheene.

Sheene was the sport’s pin-up boy, the marketers dream with a charisma that made him the focus for product advertising and also ensured the racing featured in the national media on a race by race basis – he had that special touch, a powerful personality and a drive that took him to the top, winning the 500cc crown with Suzuki in 1976 and 1977.  He was the last in a line of Brits to conquer the world at the highest level, but set the clock back, and it was another British rider, Leslie Graham, riding an AJS, who enjoyed the glory of becoming the first ever winner of the 500cc World Championship when it was launched in 1949. 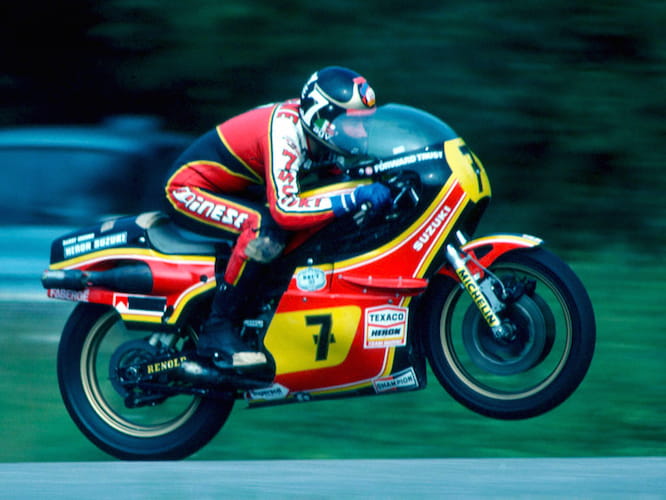 That title was decided over six rounds, including the Isle of Man TT, with Graham winning two. His rival Nello Pagani also won too, and actually scored more points than the Brit that season but as the riders could only count their three best scores it was Graham who prevailed. Freddie Frith was another Brit crowned that season in the 350cc class.

Bob Fraser was the 350cc Champion in 1950 though the following year, a Lancastrian, Geoff Duke, initially recruited by Norton as a trials rider to go on to show the power-brokers his road racing skills with a double victory in the 1949 Manx Grand Prix, took centre stage. He had narrowly missed out on the 1950 500cc World title but made up for that the following year taking that crown as well as the 350cc title.

Duke was 350cc champion the following season for Norton, with Cecil Sandford taking the 125cc World 125cc title on an MV Agusta.  Duke then switched to racing Gilera, powering in a hat-trick of 500cc titles with them, 1953-55, years in which Fergus Anderson twice and then Bill Lomas took the 350cc crown, with the latter also successful in 1956.

A man of principle, Duke, the leading light of that era, was asked to speak out about the plight of the privateers who were being paid a pittance, on which they could barely exist, for racing – it came to a head at Assen and after a public protest the FIM came down hard on the 17 riders who had dared to speak out, suspending them. 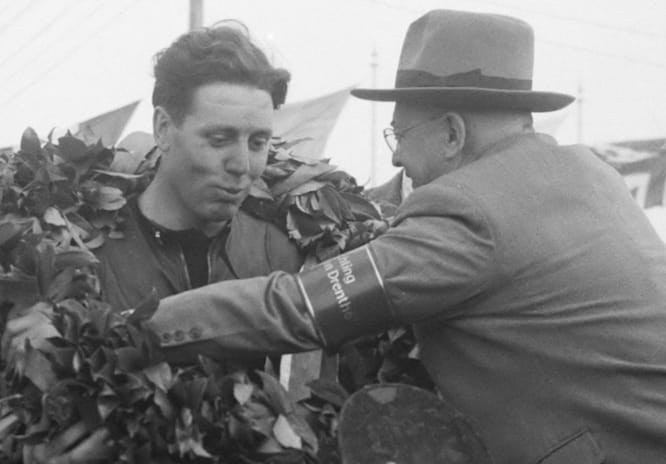 Duke as a result missed the opening three races of 1956, the season that saw the emerging force of John Surtees who won the title with MV Agusta. Duke took consolation by winning the final round at Monza.  They were both off the pace in 1957, but Cecil Sandford upheld British pride by winning the 250cc crown on a Mondial.

Surtees was back at the front a year later, going on to win three titles 1958-60. He was the dominant rider, taking both the 500cc and 350cc crowns in each season, winning 32 of the 39 races and also becoming the first to win the Senior TT three years in succession.  As his focus shifted towards four wheels – Surtees is the only man to win both the World 500cc and F1 crowns – the talent of Mike Hailwood was emerging.  Sixth in the 500cc rankings in 1960, the runner-up to Gary Hocking the following year, Hailwood was on the ascendancy.

Riding for MV Agusta, Hailwood dictated terms, taking the 500cc crown in four consecutive seasons, 1962 to 1965, a run ended only narrowly by Giacomo Agostini. He had taken over riding for the Italian marquee in 1966 as Hailwood switched to Honda, making good use of the Japanese power as he completed the 250cc and 350cc double in both 1966 and 1967.  Like Surtees, Hailwood also turned to car racing, at the top flight, enjoying modest success and before he was tragically killed in a road traffic accident. 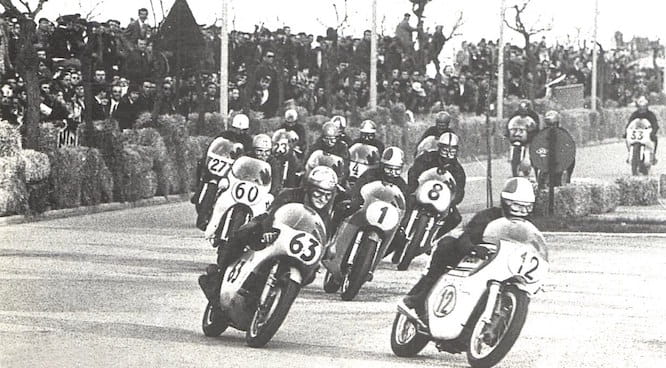 During that Hailwood era the blossoming career of Phil Read was gathering momentum. Riding for Yamaha, he took the 250cc crown in both 1964 and 1965 while Ralph Bryans took his diminutive Honda to the World 50cc title in 1965.  Bill Ivy was the 1967 125cc champion on a Yamaha and two years later Dave Simmonds took that crown for Kawasaki.

Read took the 250cc title in 1968, taking his tally to four in 1971 at the expense of the previous year’s winner Rob Gould. And, Read who has also won the 125cc crown, took over at MV Agusta, winning the blue-riband 500cc title with them in both 1973 and 1974, only to miss out on a hat-trick by a handful of points to Agostini.

Then, it was down to Sheene, universally the people’s champion to fly the British sporting flag with two remarkable seasons in the mid-Seventies, winning the crown in 1976 and 1977, leaving his peers to chase the honours in the coming years.  Kent finally made the breakthrough, taking his first crown amid the frenetic action of Moto3, his starter, with youth on his side, for further glory?