With the 2014 race season round not far off, we thought we’d take a look back at some of the most talked about moments from last season in photos. You can find Part 1 here.

A TOUGH DECISION FOR BSB BOSSES 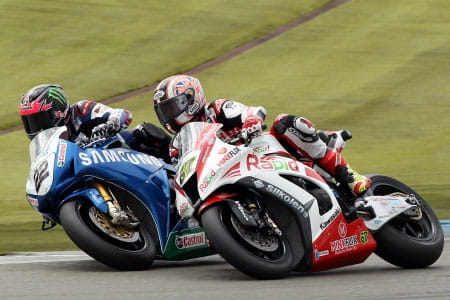 British Superbike bosses rarely disqualify riders from races, so it’s understandable that it took Stuart Higgs and colleagues quite some time to reach a decision about what to do about Alex Lowes’ second race incident with Shane Byrne at Assen in September. In the first race, Lowes and championship rival Byrne had gone head to head in a titanic battle with the twenty-three year old coming out on top. Early in race two however, Lowes found himself way too close to Byrne’s rear end, knocking the three-time champion to the ground at high speed. Lowes continued, going on to eventually cross the line in first. However, BSB bosses later disqualified the Samsung Honda man for causing an avoidable incident. 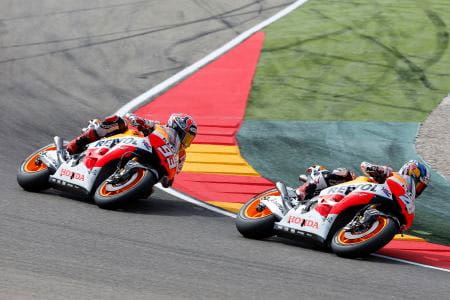 Social media loves a good bit of controversy and the Repsol Honda Aragon saga certainly brought a bucketload. Marc Marquez, having overshot his braking point, brushed into team mate Dani Pedrosa on lap six of the Grand Prix. Contact was barely visible but it turned out the impact tore a cable on Pedrosa’s rear wheel, leaving him without traction control and on his backside before he’d exited the corner. Marquez was handed a penalty point over the incident, leading to further social media debates. 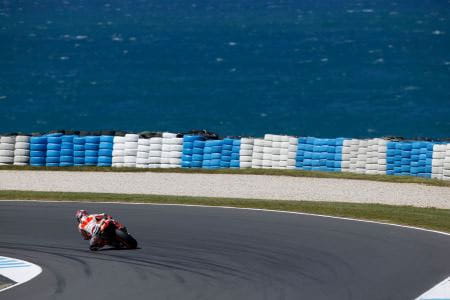 MotoGP certainly wasn’t short of talking points in 2014 and the tyre debacle at the Australian Grand Prix has to be one of the biggest of the lot. After a couple of practice sessions it soon became clear that the tyres for both Moto2 and MotoGP classes would simply not last race distance around the 2.8 mile circuit. In fact it was stated the MotoGP rubber wouldn’t last much more than eleven laps therefore a ruling was announced which meant riders would have to pit for new tyres within a certain number of laps. For some reason, Marc Marquez exceeded this number of laps and was consequently black flagged. 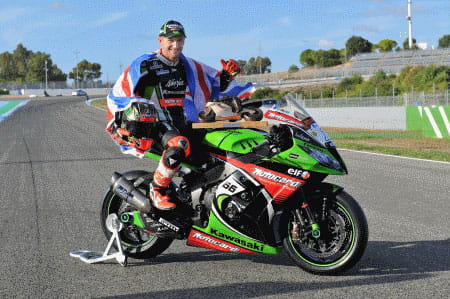 Tom Sykes drove away his demons at the penultimate round of the World Superbike Championship, taking the double win. This placed enough of a points gap between him and Irishman Eugene Laverty to ensure he could take the title with a third place finish in the first race of the final round, despite Laverty doing everything he could to keep his title chances alive. Sykes is the first British World Superbike Champion since James Toseland in 2007. 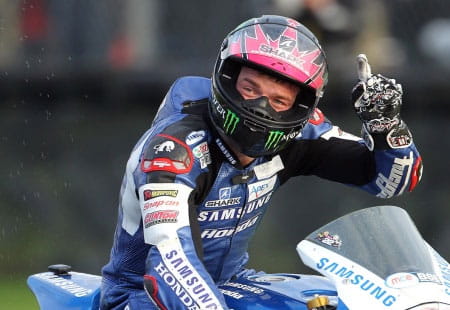 The British Superbike Championship operates a format designed to bring the title chase to the final round so it’s always going to have some level of excitement. This year however, Alex Lowes and Shane Byrne rocked up to Brands Hatch with just a single point between them and three races to duel it out to see who would clinch the crown. The gap was the smallest it has been in the history of the showdown and when it then started raining ahead of the first race, we knew it’d be dramatic. When Lowes fell on the first lap of the second race, we thought it was all over… until Byrne binned it too! This saw the championship fight go down to the final race, in which Lowes finished ahead of Byrne to take the crown. 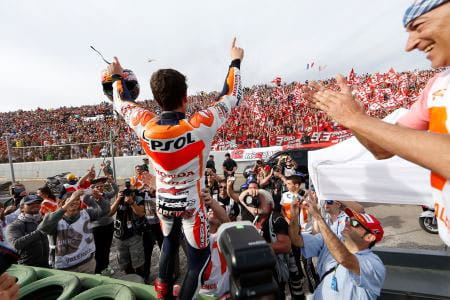 Marc Marquez became the youngest ever MotoGP champion at Valencia despite Jorge Lorenzo’s best efforts to stop him. Marquez stunned the world in 2013 with how quickly he adapted to the 1000cc MotoGP machines and despite a number of practice session falls, he only fell once during a race. We imagine his rivals might be a little scared looking to the future, as surely he can only get better?