With this Friday’s Senior TT shaping up to be one of the most exciting in recent years, BikeSocial is taking a look back at the Senior TT races from years gone by. These are the races that went done in folklore as 'the best ever'. Will this Friday's race come close? Let us know what you think in the comments section at the bottom of the page. 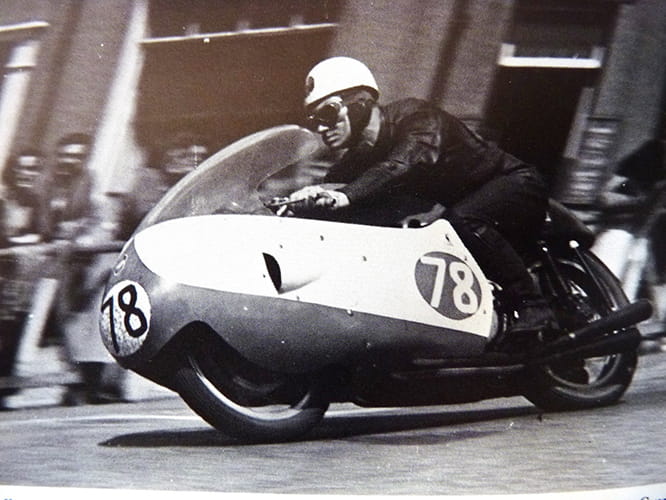 Although Scot Bob McIntyre only took three TT race victories he’s still regarded as one of the UK’s finest ever riders. When Gilera works star Geoff Duke was injured in early 1957, the TT’s Golden Jubilee year, McIntyre was chosen to replace him and in the Senior, the last to be run over eight laps (covering over 300miles), he simply blitzed the field, leading from start to finish and became the first man to lap the Mountain Course at over 100mph with an average race speed of 98.99 mph. 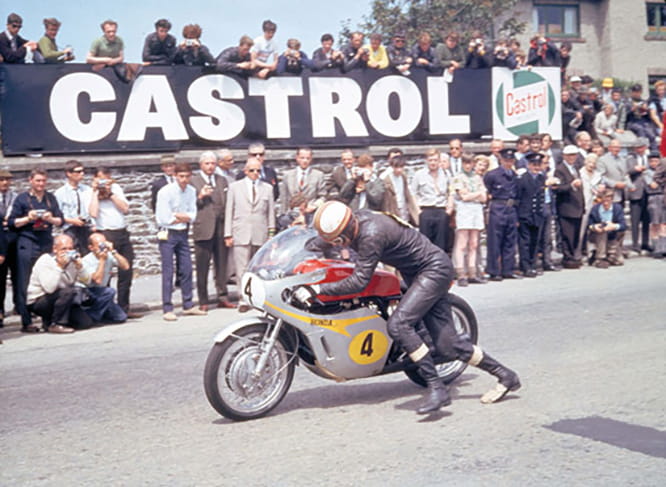 Still one of the most talked about races in TT history. After four straight Senior victories for MV, Hailwood had switched back to Honda for 1966 and immediately chalked up a Lightweight/Senior double. But new MV team leader Ago wasn’t going to let him have things his own way in 1967. On the first lap the Italian smashed the lap record from a standing start and after two-thirds distance led Hailwood by 12 seconds. Unfortunately, on the very next lap his chain broke at Windy Corner. Hailwood went on to win but had been pushed to set a new outright lap record that wouldn’t be bettered until 1975. 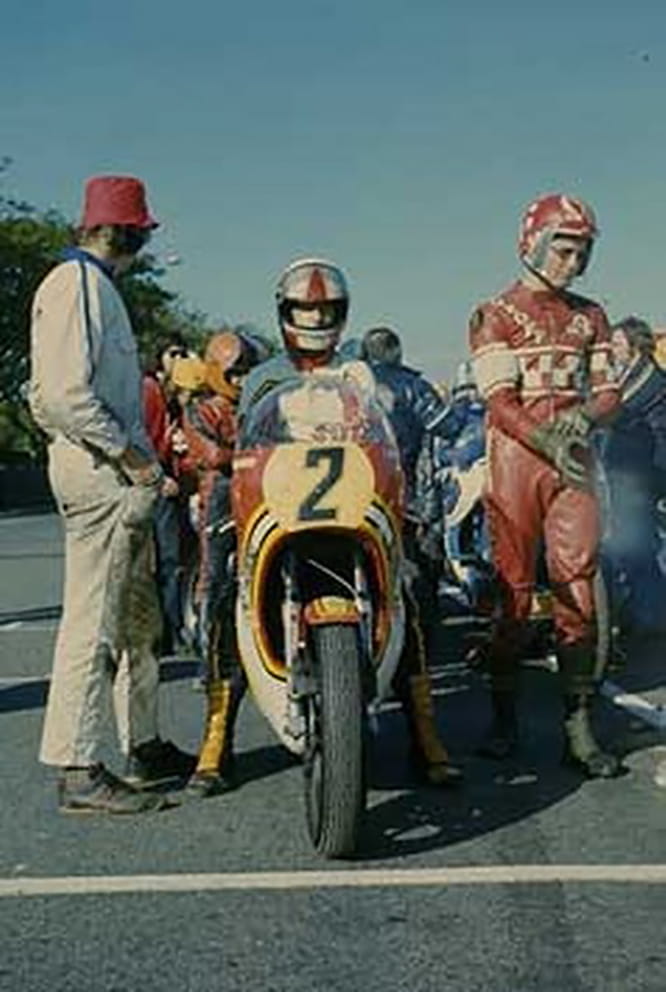 In 1976 John Williams upped the lap record by nearly 3mph in a dramatic Senior TT. Riding a works Suzuki, he led Yamaha-mounted Tom Herron by almost three minutes going into the last lap and looked odds-on winner before slowing dramatically then appearing pushing the Suzuki from Governor's Bridge having run out of petrol. With the crowd urging him on, William pushed over the line, collapsing with exhaustion and frustration to be placed seventh, Herron the winner. After his 1967 treble (and Honda’s withdrawal from bike racing) Hailwood had turned to car racing later to retire completely due to a serious leg injury in 1974. However he famously returned to the Island in 1978 and won the Formula 1 race aboard the Sports Motorcycles Ducati in fairytale fashion. Less well known is that he also raced in 1979 and although second in the week’s final event, the Classic, he did record his 14th and final win in that year’s Senior aboard an RG500. 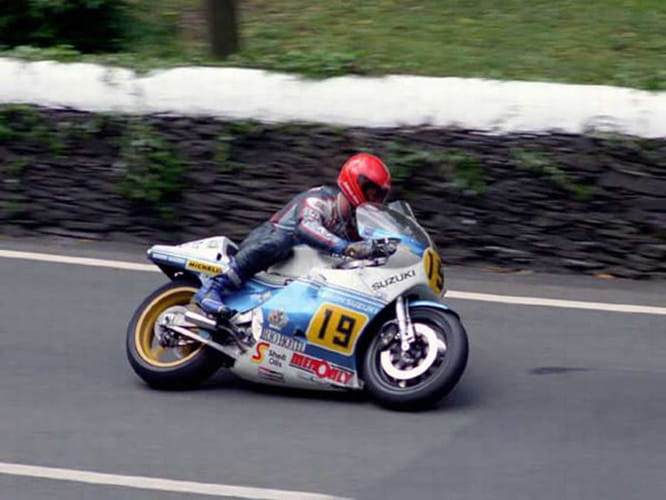 ‘Burly Humbersider’ Rob McElnea was the star of the 1984 races, completing a memorial double most famously in the Senior, the last to be run with the 500cc limit. It was a cracking battle, too, between Rob Mac on the Heron Suzuki RG500 and Honda team leader Joey Dunlop on the RS500 triple. Joey set the outright lap record in excess of 118mph before running out of fuel and allowing McElnea to take the race win. 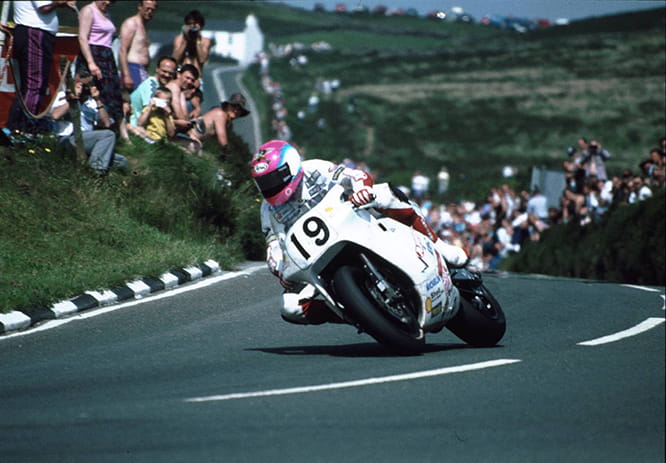 Widely regarded as the greatest TT race of all, the ’92 Senior was a thrilling two-horse battle between Steve Hislop and Carl Fogarty, both on unfamiliar bikes (‘Foggy’ on a Loctite Yamaha OW01, Hizzy an Abus-backed Norton rotary) having been teammates aboard Honda RVF750s the year before. First Hislop broke his own lap record, then Fogarty raised it to 123.61mph before Hizzy took the race by 4.4s setting a new race record of 121.38mph and claiming both Norton’s first TT win since 1973 and its first Senior victory since 1961. And the crowd went wild… 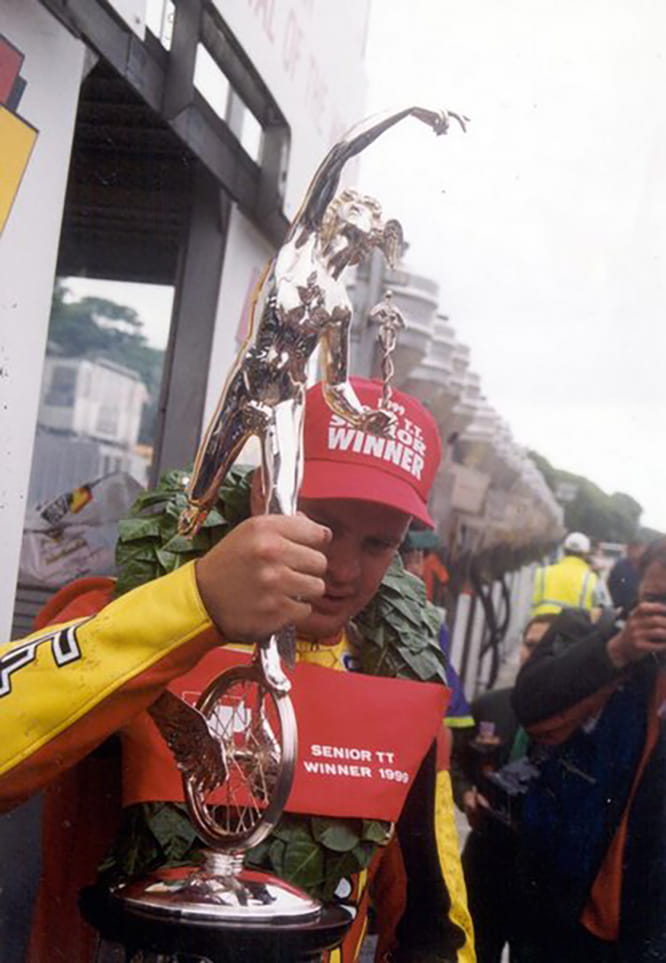 A giant of the TT in the late 1990s and early ‘00s before his tragic death in 2003, ‘DJ’ was part of the Yorkshire Jefferies dynasty, which has been steeped in Isle of Man history. He made his TT debut in 1996 coming 16th in the Junior and likened the Mountain Course to the roads near home, which he would regularly ride round on weekends. Yet within three years he’d risen to become the event’s dominant force joining an elite band to win three TTs in a week when he crossed the line of the Senior, arm raised in victory. He’d claim another triple the following year. 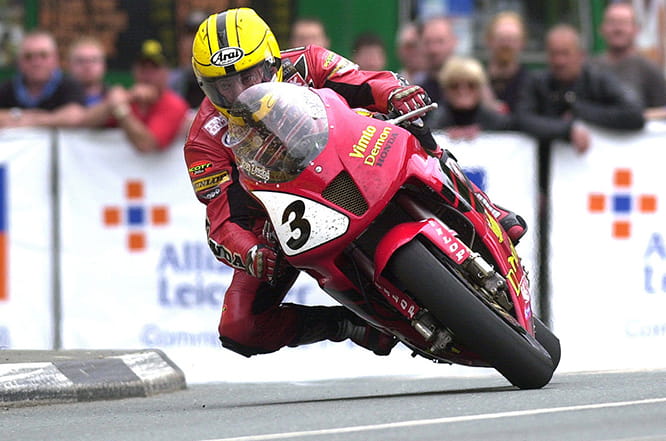 In all honesty this is a little bit of a cheat as TT legend Joey Dunlop’s arguably greatest Island victory wasn’t actually in the Senior but in the now defunct Formula 1 class – but we’re including it here anyway. Dunlop had emerged as a TT star in 1980 and over the next 20 years, flying the Honda flag, became an IoM legend posting six straight wins in the F1 race between 1983 and 1988 and three hat tricks in 1985, 1988 and 2000. That year, however, was a true fairytale when, at the age of 48 aboard a factory SP-1 he triumphed over new star Jeffries to win his first big bike TT for 12 years. 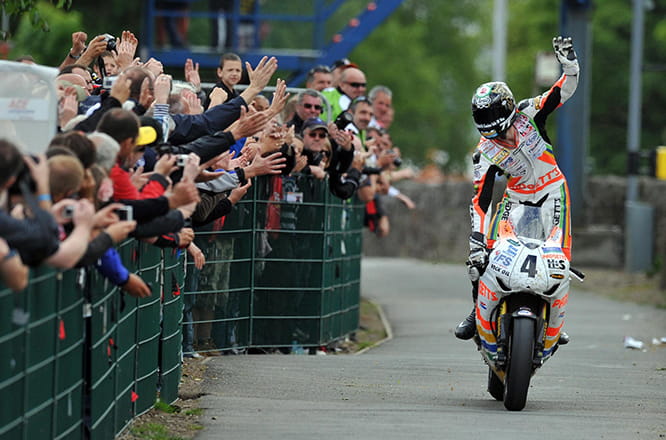 2010 will forever go down in the history books as the first time anyone had won five TTs in a week. That man was Ian Hutchinson from Bingley. Until that point he was a rising star with three wins under his belt. But no-one predicted what might happen next. Riding for Padgetts, he first won Saturday’s Superbike, then Monday’s first Supersport and the Superstock event. The second Supersport came on Thursday followed by Friday’s restarted (after Guy Martin’s fireball crash) Senior. 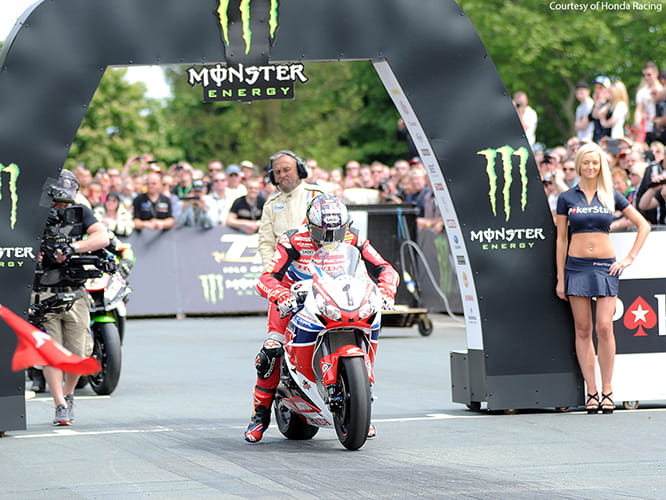 Currently second (behind Joey Dunlop) in the all-time TT winners list, 45-year-old McGuinness is universally respected as one of the greatest ever TT racers. This was proved emphatically in 2015 when McPint (as he’s affectionately known) stormed to the front from the first lap before smashing the outright lap record en-route to his 23rd win, three shy of Dunlop.