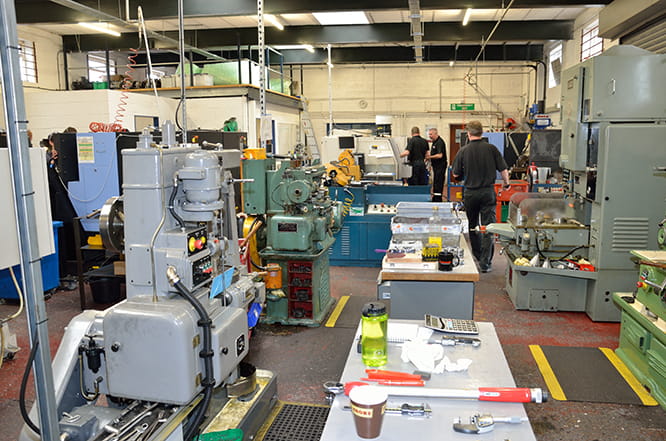 In the fifth of our series looking behind the scenes of the British Motorcycle Industry, Bike Social visits transmission specialists, Nova.

You don’t often hear of road bikes breaking gearboxes. No matter how quick a road rider may be, the transmissions are equal to the task. Put a bike on the track, add a quick shifter and a quick rider, and things change. With increased power outputs, the unforgiving battering doled out by quick shifters as the box is slammed through the upshifts, and the fierce downshifts, standard transmissions rebel.

Fixing these weaknesses with gears designed and manufactured in their Sussex workshop is Nova's business. You can replace a single gear or a whole gear cluster with their components. In racing classes where only standard ratios are allowed, Nova can supply their stronger gears as a direct replacement. Where variations in ratios are permitted, and for road or track day use, they can supply custom sets. They will also design and make one-offs.

"We try not to turn anything away," says manager Mick Dearlove, with whom I spent a day talking bikes and racing, and watching gears being made. 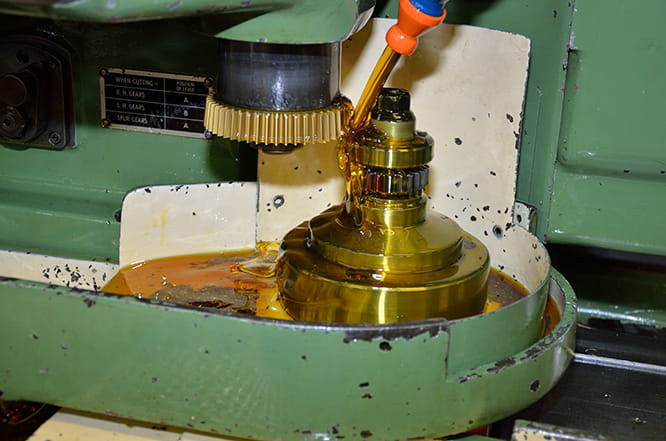 At the top end of motorcycle sport, Nova manufacture a dog ring gearbox to fit the KTM Moto 3 bike.

Last year’s Superbike, Supersport and Senior TTs were all won by riders using Nova gearboxes, including a clean sweep of podium places in Supersport. The GB Moto BSB team with riders Leon Haslam, Peter Hickman and James Ellison are one of many top teams who use Nova transmissions. Others include the Hawk Racing Buildbase BMW team, who are also running Michael Dunlop’s roads effort. 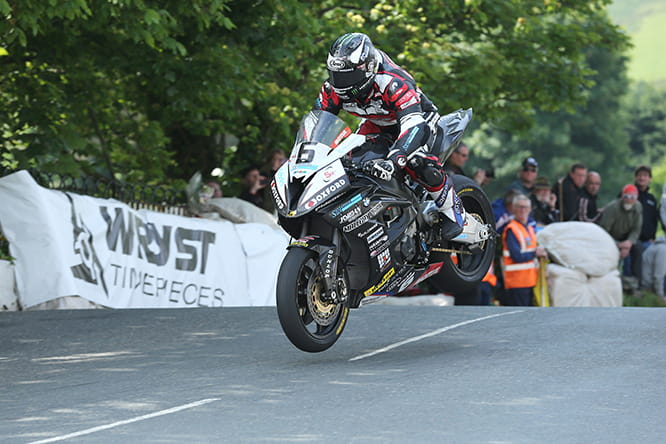 Nova are strong in the classic racing scene. Competition takes a heavy toll of transmissions, which in this case, are already long in the tooth. It throws up some unlikely contenders. Who would have thought that Honda's CB350 K4 twin would have become such a force on the track? Transmission parts for this bike are among Nova's biggest sellers.

Another unlikely racing hero is Yamaha's air-cooled FJ1200, dating from 1986, for which Nova make a six speed cluster. You can even replace your classic Triumph T100 four speed box with a six speed version, although you do have to sacrifice the kick start.

The quest to improve old bikes for racing has led the company down other paths than just gears. They make dry clutches for a number of bikes –the Honda CB350 K4, the Honda 500-4, the CB900 and Suzuki's road going RG500 Gamma square four two-stroke as well as some more modern machinery.

In the classic road scene, gears for the iconic BSA Gold Star are among their biggest sellers.

Some parts are made to address specific weaknesses. Tuned Hayabusas, for example, tend to snap output shafts due to a design flaw that includes a waist in the shaft just where you don't need it. Nova’s replacement cures the problem. The same bike can also benefit from a stronger starter clutch. Classic Lambretta scooters also come in for attention. Tuned Lamrettas can post some impressive speeds and create equally impressive gearbox bow-ups. Nova do a steady trade supplying beefed up transmission parts for the Italian marque.

It begins with billets of special steel - a very pure, modernised version of EN36. The billets are supplied by Austrian steel maker Bohler. Each batch of their M121 steel is traceable. Should problems arise with failing components, the original batch can be tracked back to its origins. M121 has high core strength, excellent toughness and good resistance to fatigue. It is suitable for deep hardening and is suitable for applications requiring high resistance to surface wear. 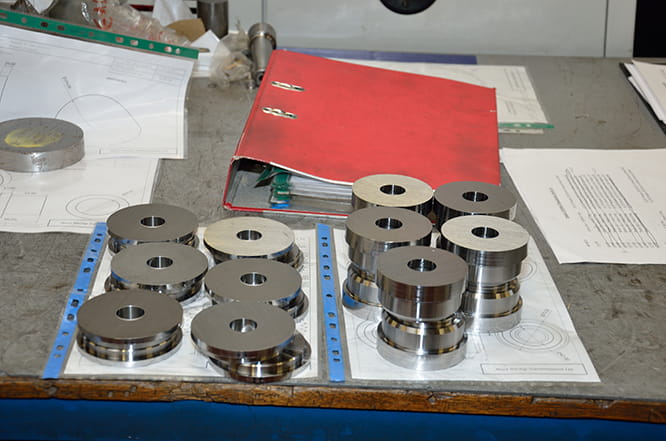 Gear dogs, lightening holes and pockets are cut on one of three CNC milling machines.

Depending on the design of the gear, the teeth are cut either on hobbing machines or one of the four gear shapers.

Once the machining is complete, the components are sent for heat treatment to achieve to the desired level of hardness. This is a critical process. Too hard and the components will be too brittle to absorb the shock loads in the drive line. Too soft, and they will have poor wear resistance. The treatment is done by Hauck Heat Treatment in Luton. Each batch takes a week. Heat treatment causes the dimensions of a component to change so all of the treated parts are checked and either turned or ground to size.

µ [Microns]. (1 Micron =  0.001mm). Parts are tested at all points in the manufacturing process. Nova has also recently bought a hardness testing rig.

Components can be treated to Super Finishing if necessary. This is an abrasive process in which the components are treated by being vibrated in a drum containing porcelain and paste. Super finished parts go through two drums, the second containing finer porcelain chips than the first. The amount of material removed is tiny so dimensions and surface hardness are not affected. The process takes 20 hours. The result is stronger components which generate less friction, retain oil better and last longer. 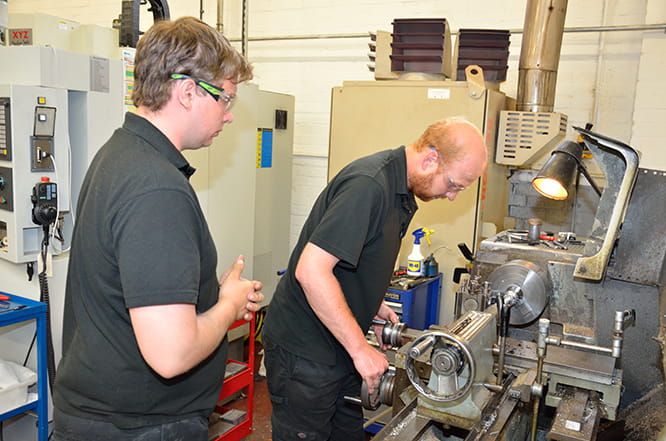 “Getting staff who have a passion for motorcycling is important,” says Mick Dearlove.

Evidence of that passion is everywhere in the building, from the two race bikes and a racing pit bike in the specially set aside bay, to the sign on the wall proclaiming, “Racing is life, anything before or after is just engineering.” All 14 staff are actively engaged with two. Nova are recruiting young people so that they will be able to take the company into the future and build successfully on its 25 year history. Future racers will be glad about that. 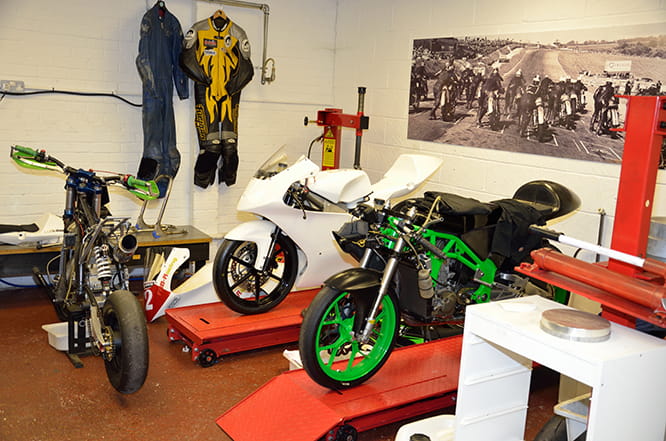 MORE FROM THE 'INSIDE THE BRITISH MOTORCYCLE INDUSTRY' SERIES