Inside the British Motorcycle Industry: Venhill

How much weight do you think a throttle cable can take? I’d never thought of it until I watched one of the guys in Venhill’s cable workshop soldering a nipple to the end of a cable to complete an order for their Dutch distributor.

I was surprised to learn that they test the security of the nipple and the cable to 200kg (440 lbs.). You could hang my Suzuki GSXR750 from one of the company’s throttle cables and still have a few kilos to spare.

That got me thinking about brake line pressures, which vary between about 450 to 735 psi (pounds per square inch). Venhill manufacture their own design of brake line called Powerhose which uses a steel braided hose with a minimum burst pressure of 12,000 pounds per square inch. Every hose they make is tested under water to 1,500 psi before it is packed for dispatch. Testing under water makes it easy to spot leaks. Every month, they take a random sample of lines which are tested to 10,000 psi. 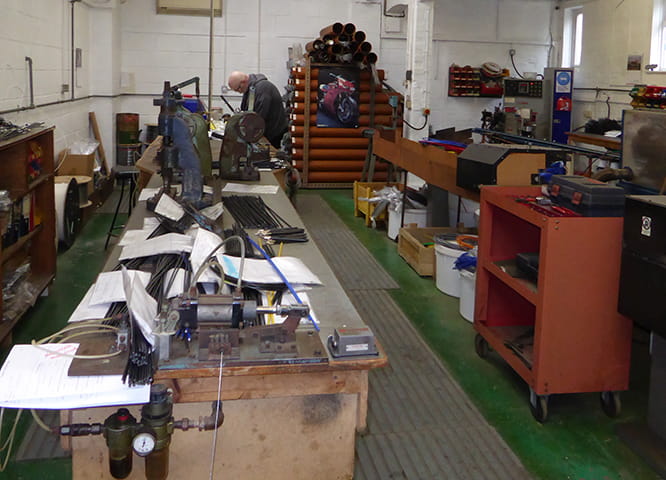 That thoroughness has been in Venhill’s approach from 1970 when the company was set up by keen competition motorcyclist, Chris Ventris. Like many businesses, it started as a hobby. Chris rode in trials and moto-cross (they called it ‘scrambling’ back then) and was not satisfied with the availability or quality of brake, clutch and throttle cables. To get round the problem, he sourced the bits and made his own. His mates started asking him to make cables for them too. Eventually, he had enough work to start a manufacturing business in the same Dorking premises that the company still occupies 36 years later.

Venhill employs 15 people, manufactures all of their cables and brake line kits in-house and exports to 30 countries. The Venhill HQ is tucked away in a side street on the outskirts of the Surrey town of Dorking. It looks small from the outside but go in and you find a large warren containing two main workshops, one for cables and one for brake lines, a small machine shop, a dispatch area, sales and administration offices and a labyrinth of store rooms for components, tools and finished parts. 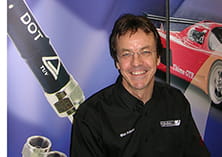 I was like a kid in a chocolate factory when Managing Director Max Adams showed me round. Anybody with a love of bikes and a passion for British manufacturing would feel the same.

When Chris Ventris started, he needed a way to list all the components needed for a particular cable. They have beginnings, middles (including adjusters) and ends. Chris devised a recording system still used today for both hydraulic lines and cables. It’s simplicity itself and allows rapid picking of components and assembly of finished products. Recently, Venhill have adapted their website (www.venhill.co.uk) so it generates the component list when an order is placed online. The new system allows the company to offer a delivery time of 2-3 days from the time of ordering, whereas a manually placed order can take between 7 and 10 days.

In 1970 the only motorcycle on sale with hydraulic brakes was Honda’s CB750 Four, launched in 1969. By 1980, however, hydraulic systems existed in sufficient numbers to encourage him to expand into manufacturing replacement brake lines.

When Chris decided to retire in 2000, the company was bought by present owner and Managing Director Max Adams. Max has an engineering background. He entered an apprenticeship in Dartford at the age of 15, and later took a degree in Mechanical Engineering at Brunel University in Bristol. When the opportunity to buy into Venhill came up, he leapt at the chance. Not only did it pose an interesting challenge but it was also a way to escape the daily horrors of commuting to London.

Fittingly, he is also a motorcyclist running a trio of bikes, a Kawasaki W800 and a pair of classic Hondas, a 500-4 and a 400-4. At 64, he looks younger than his years and has an air of restless enthusiasm about him which guarantees he won’t be slowing down any time soon. 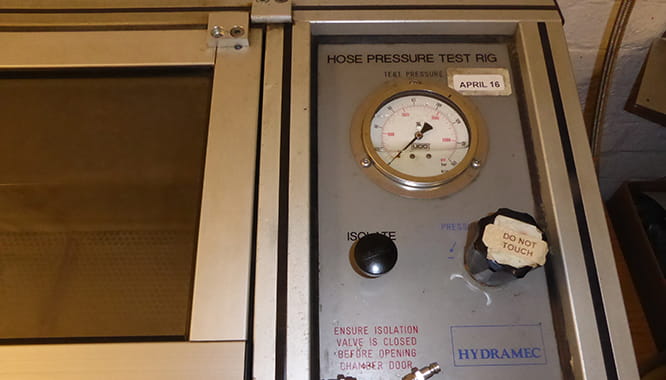 Under his management, the company has expanded into tools, everything from tyre levers to torque wrenches. They also are the UK distributors for the German component manufacturer Magura who make high quality handlebar levers, master cylinders, hydraulic clutch conversion kits and other mouth watering add-ons. As well as all that, they also import selected components from Taiwanese manufacturer, Frando – a far eastern component maker with a reputation for producng quality hardware.

Venhill hold a strong catalogue of cable specification going back as far as 1960, so if you want a throttle, clutch or brake cable for your 60s classic, or a set of hydraulics lines or cable for your later classic bike, they are most likely able to supply what you need.

The company supplies the cables and hoses for Norton Motorcycles and also for some Yamaha Ministry of Defence specification bikes. They do one-offs too, like all the cables and brake lines for the Yamaha RD250LCs used in the revived Yamaha Pro-Am race at the British GP last year. Strangest of all, without doubt, was a set of control cables for a lion cage at a circus. 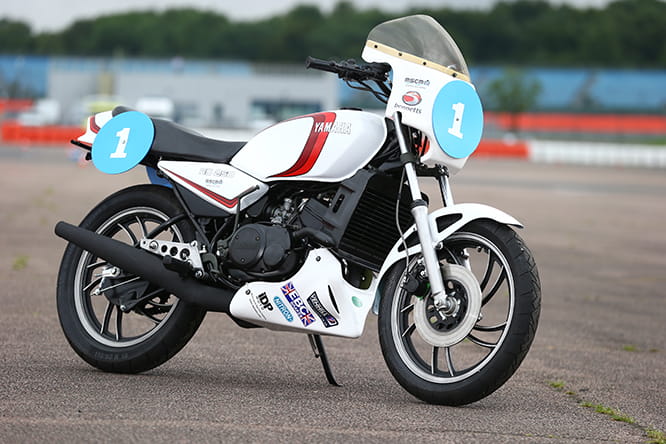 Top of my list, and a must for my own project (http:enigma1050.co.uk) are the recently added, exquisite quick release couplings, which allow you to disconnect a brake line without fluid loss. I had to be dragged away from the demonstration rig.

Sadly, founder Chris Ventris passed away a few years ago but I am sure he would approve with the way this most British of manufacturers has progressed under the guidance of the current team.

Venhill will be at the MCN Festival of Motorcycling in Peterborough on May 14-15 if you want to see their hardware in the flesh.