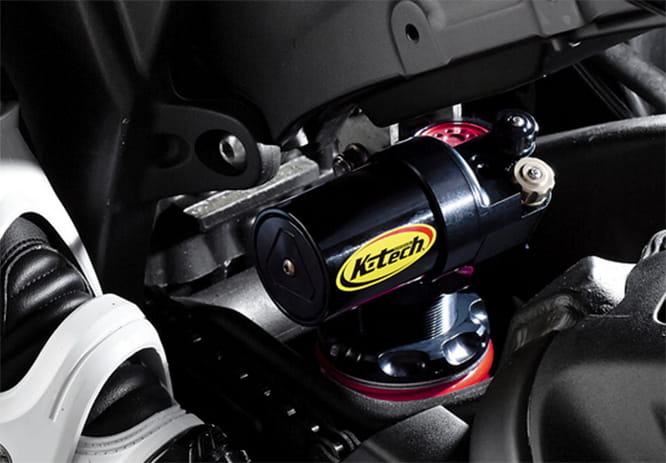 At Bike Social we love British manufacturing. In the first of a series looking behind the scenes of the British industry, we visit Derbyshire based suspension manufacturer, K-Tech.

On the day of my visit, K-Tech had just announced the release of their Bullit, springless gas rear shock unit for the hugely popular Ducati Scrambler. This is the latest step in a journey which has seen them expand from their original racing niche to offer top quality, UK designed and assembled suspension parts for all types of motorcycles. They include classic styled twin shock machines from Triumph, Harley and Indian, as well as the trending class of middleweights like the Kawasaki Z800 and Yamaha’s MT-07.

Bikes like these will benefit even more from suspension upgrades than most sportsbikes as, to keep prices low, the original equipment is often basic. K-Tech’s units, by contrast, offer multiple adjustment options, including, on some models, the ability to adjust the length of the unit.

If you have a bike with non adjustable forks, the K-Tech Tracker cartridge kits add adjustment for compression and rebound damping as well as external spring pre-load adjustment. 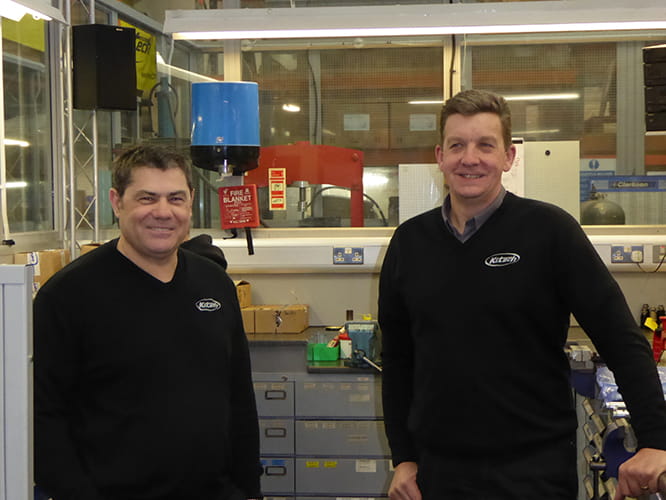 K-Tech began in 1992 when Chris Taylor and Ken Summerton were both running part-time businesses servicing suspension units. Ken rang Chris suggesting they bought some springs that he had sourced in Holland. They bought two boxes, sold them, went back and bought four more.

For time-served metalworker Chris, the business began as a way of staying in touch with the sport of moto-cross. After a lot of time off with injury, his boss told him he had to choose between the job and the sport, so he stopped racing.

Ken Sumerton had always loved bikes and also had a technical background, having progressed from motor mechanic to aircraft engineer.

For the next nine years they each worked from home, Chris in Wisbech and Ken in The Midlands. Development was gradual. They manufactured their first springs in 1994 and started the K-Tech name to sell them under.

In 1998, Chris took the plunge, leaving his job and making CTR Suspension his full time employment. He continued to collaborate with Ken until, 3 years later, they took the next step. Chris moved to The Midlands and they set up K-Tech Suspension Limited.

15 years later, the business has just enjoyed its highest ever turnover (£2.5m) and employs 20 staff. Chris and Ken still run the show and their passion remains strong as ever. 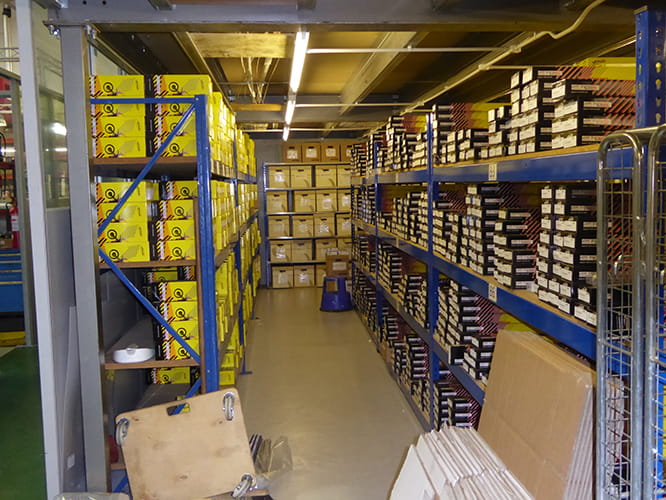 In 2001 they started by making front fork piston and flow control valves to improve the handling of Supersport and Superstock race bikes. In 2002 they began manufacturing complete fork cartridge kits. That year Fabien Foret won the Supersport world championship on his K-Tech equipped Ten Kate Honda.

The company continued to expand, moving into manufacturing small off-road parts to support the servicing side of the business. In 2003 they invested in a dyno test rig to help with Research and Development. They released advanced versions of their fork upgrade kits to cope with the increasing demands of national, international and real roads racing.

In 2008 and 2009, K-Tech worked on developing their own rear shock absorber, the DDS. In 2010 they started offering selected race teams pre-production units. They had a fairytale debut at the Daytona 200 in Florida when Jake Zemke won both Superbike races on his Suzuki GSX-R1000.

That same year, Ian Hutchinson won the senior and superbike TTs on his K-Tech equipped Fireblade as he became the only racer in TT history to take five victories in a week. 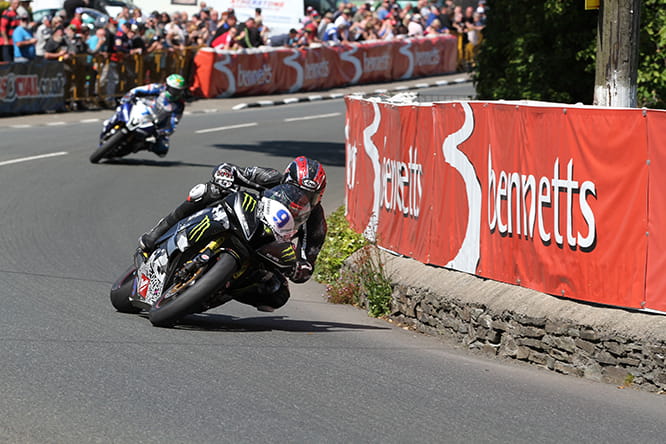 With its race winning credentials established, the DDS shock absorber was released in 2011, followed two years later by the DDS Lite variant aimed at road and track day riders.

Racing success continued with AMA titles in 2013, a clean sweep of the BSB championship in 2014 brining five BSB titles home and in 2015, 15 TT podiums, plus the outright TT lap record (John McGuiness 132.701mph).

All the time this has been going on, the company has also built up a large business supplying service parts such as fork seals, fork bushes and shock absorber rebuild kits. They also make and supply fork and rear unit springs, steering dampers and service tools.

It’s an amazing British success story. When I visited them, they were in the middle of moving their parts distribution to a new building across the way from their existing premises to free up much needed space for expanding both their manufacturing and R&D operations.

While both partners acknowledge that it’s been a hard road, their enthusiasm and commitment to quality UK based manufacturing and assembly have kept them going through good times and bad.

Competition is tough. “It’s like fighting Coca Cola,” says Chris Taylor, referring to their main rival, Ohlins, in business for 30 years and with a big presence in MotoGP and also as an original equipment supplier to Aprilia, BMW, Ducati and Yamaha.

But, with racing success keeping their name to the fore in the sportsbike world and with an increasing presence in the classic and middleweight markets, they are heading in a good direction.

Their success is down to four elements, I think. The first is hard work. Days regularly begin as early as 5am. The second is a commitment to R & D. They started building race-oriented stuff but now they cater for the whole range of available motorcycles. Third is quality. Their products are top notch, a joy to look at, touch and use. I know this firsthand. My road bike has been running K-Tech fork internals for five years and my one-off project wears K-Tech KTR-3 forks and a K-Tech rear shock.

And finally, they have expanded gradually, getting one sector of the market properly catered for before moving on to the next area of interest. 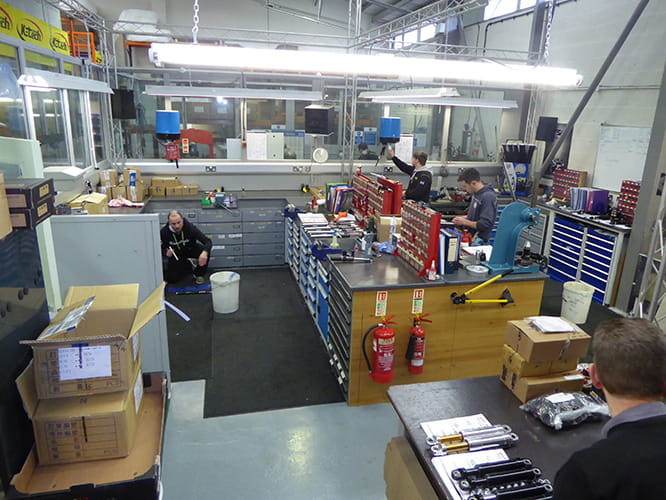 Stay tuned to Bike Social for our next installment of our look behind the scenes of the British motorcycle manufacturing industry.