With the fashion-driven growth in popularity of ‘Bobbers’ not to mention retro-inspired scramblers and café racers, which together seem to have stolen the limelight from traditional, US-style cruisers when it comes to laid back machines whose emphasise is more on pose value than performance, you’d be forgiven for thinking the days of the conventional factory chopper/cruiser are long gone.

And, to a degree, you’d be right. Where once, the likes of Suzuki offered a plethora of US-inspired Intruders and Marauders, today they’ve nothing. Honda, similarly, have bade farewell to their Shadows, Yamaha to (most of) its Viragos and Kawasaki now have only one Vulcan.

But look a little harder and there’s still plenty of cruiser choice out there. Honda has its new, novice-friendly CMX500 Rebel; Yamaha a couple of variants on its XV950 V-twin while, at the other extreme, Ducati has it’s fabulous, performance re-defining Diavel and X-Diavel.

Nor is that the end of the current cruiser story: custom heavyweights Harley, along with its familiar and recently-updated Sportsters and big twin Softails have its new entry-level Street 750; resurgent Indian have its H-D-rivalling Scout and Chief/Chieftain families and even Blighty’s own Triumph, away from its popular Bonneville Bobber, has its often-overlooked 1600 Thunderbird, in a variety of forms.

And in the light of all that, making an informed choice of cruiser is actually just as difficult as ever. So, to help, here, in ascending price order, is our pick of the ten best… 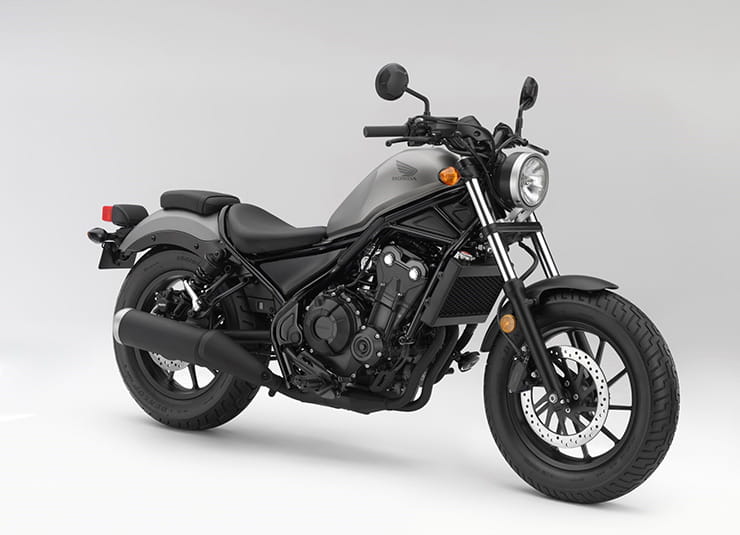 Honda’s latest addition to its A2-licence-friendly, budget-price 500cc twin family (the others being the CB500F roadster, CBR500F sportster and CB500X adventure bike, all introduced to great success in 2013) is this, equally novice-friendly cruiser. With its similar 471cc parallel twin detuned to an even more flexible and idiot-proof 45bhp and new frame (with more rake and an even lower seat) it’s even less intimidating than its siblings yet is surprisingly eager and good fun to zip around on, too. Looks may not be to everyone’s taste (Honda never have been very good at ‘doing a Harley’) but it’s customizable, good value and ticks a lot of boxes. 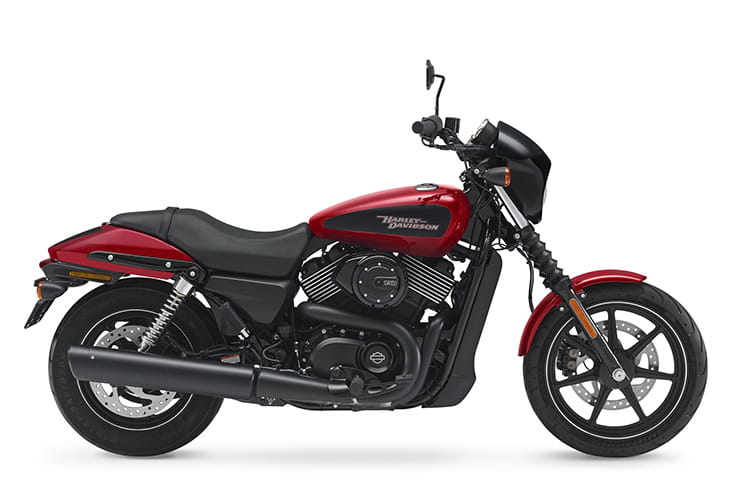 Faced with the criticism that even its entry-level 883cc Sportsters are too heavy and expensive for some and also too powerful to comply with the new A2 licence designation, Harley introduced its radical Street 750 in 2015 (and additional 500 version was also made available for some markets). Why radical? Because: a) it’s Harley’s first all-new engine and design in years; b) because it’s – shock, horror – watercooled and c) (and arguably most radical of all) it’s built in India to keep prices to a minimum. The result is a doddle to ride, 56bhp (an A2 kit is available) and the most affordable way into genuine ‘Harleydom’, which for cruiser types counts for a lot. On the slight downside, that Indian heritage shows in slightly iffy build quality, it lacks the authenticity of classic, US-built ‘Hogs’ and its performance and character is merely adequate. (The hopped-up ‘Street Rod’ version, introduced last year, is a better bikes all round – but costs £6745) 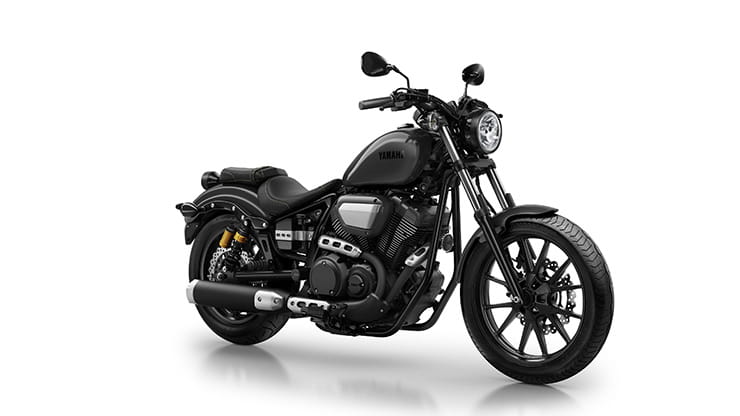 Possibly the most over-looked of Japanese cruisers, and Yamaha’s sole surviving offering in the UK, the pleasing XV is also one of the best. All-new in 2013 it’s a sweet, authentically US-styled Harley Sportster rival powered by an air-cooled, SOHC, 60º V-twin producing a perky 54bhp. Handling is sweet, performance useful and accessible without being intimidating and the styling as good as any Japanese cruiser. Better still, a chopped down ‘Racer’ version is also available and it’s also the basis for the oddball retro cruiser/trailie SCR950. Not cheap but one of the better middleweight cruisers. 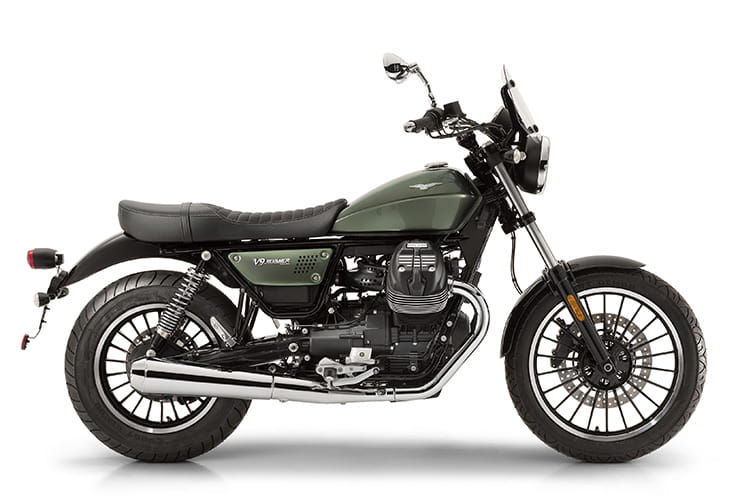 Introduced in 2015 Guzzi’s new V9 duo survive today as the Italian legend’s only cruiser offerings in the UK, following the demise of the California-based 1400cc Eldorado and Audace. The V9 Bobber we’ll save for our imminent Bobber round-up which leaves the Roamer in this cruiser category.

Both are based on big bore versions of Guzzi’s ‘small-block’, shaft-drive, transverse V-twin as similarly used in the V7 roadster. As such the V9 is effectively a hopped-up, updated 750 Nevada with updated styling and detail touches while updates for 2018 include a fly screen and improved comfort. It’s a worthy performer, too, with a lusty, charismatic powertrain. But for our money it’s styling is nowhere near as attractive as the V7 and it’s a little crude and basic. But if you’re a Guzzi fan… 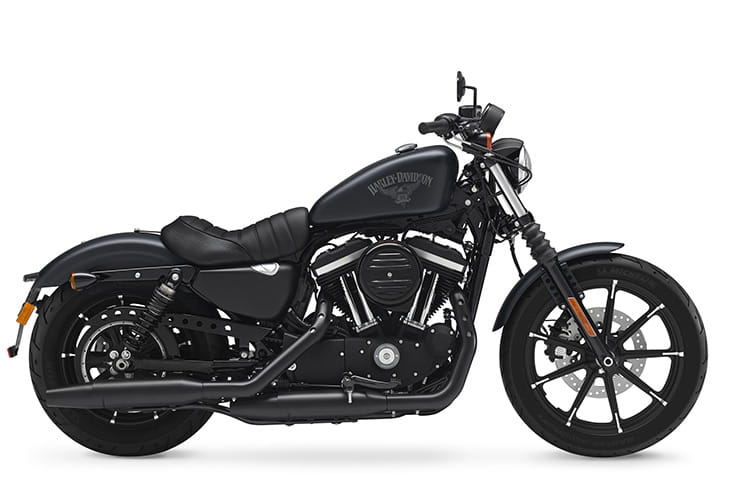 The bare-bones, mean ‘n’ moody Iron has been Harley’s entry-level, smaller Sportster ever since its launch in 2009 – and has proved a great success as an affordable introduction to the iconic American brand. Don’t expect much by way of comfort, frills or, particularly, performance. Nor is it exactly easy or refined. But what it lacks there it more than makes up for in character and kudos – and it’s also a great blank canvas for an introduction to customizing. Best around town or on short hops and no longer as cheap as it once was, but every inch the real US cruiser deal. For 2018 a new 1200cc version is also available (for £9395) while there’s also the lower, more chopper style Superlow for £9045. 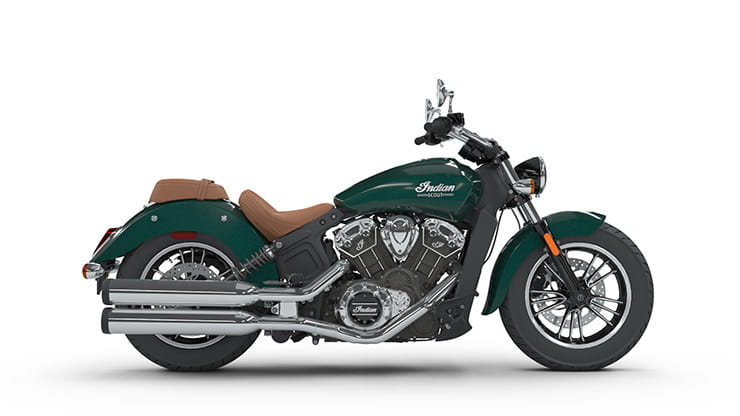 When the (mostly) dormant historic US Indian brand was snapped up by the giant, Victory-owning Polaris Industries in 2011 no-one predicted the sensation that would soon follow. The first bike, the big, V-twin engine Chief came within two years and justifiably rattled American rival Harley. But Indian’s more entry-level, 1200cc Sportster rival, the Scout, was arguably even more impressive still. Powered by an all-new, 100bhp, liquid-cooled V-twin, with neat Art Deco styling and low, easy and engaging handling, the Scout can run rings around the Harley and in some ways is closer to a Ducati Monster than the US cruiser. On the downside, though, the Indian is at a significantly higher price point, too. But as an option between, say, an 883 Sportster and a genuine Big Twin, the Scout has lots of authentic American appeal. (A 999cc/78bhp version, the Scout Sixty, introduced in 2016, is instead a closer Sportster rival at £8999, while there’s now also a Bobber version, too.) 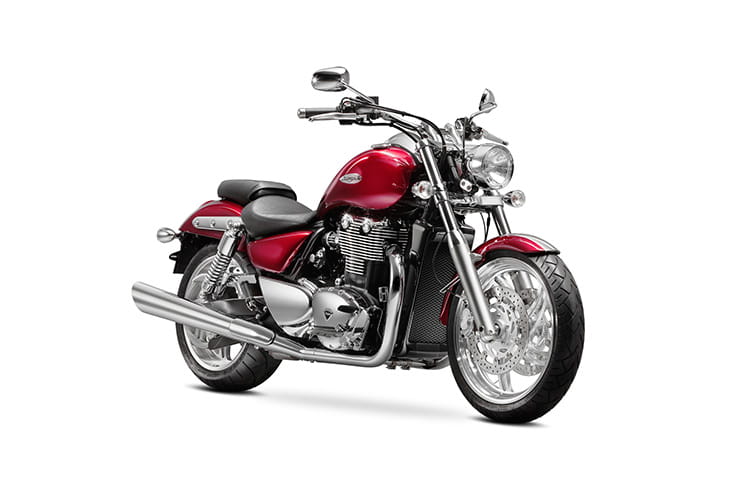 The big, parallel twin-powered, belt drive Thunderbird cruiser is probably the least known of revived Triumph’s otherwise hugely successful range, certainly in the UK where models like the Tiger, Bonneville and Street and Speed Triples hold sway, but that’s missing the point. Built mostly to make inroads into the huge US market and designed to outperform Harley, the 85bhp T-bird succeeds on both counts. What’s more, being a Triumph, it handles well, stops well, looks good is not bad value and is finished smartly as well – in fact, Ducati Diavel aside, the Triumph’s possibly the best performing big twin cruiser of all. On the downside, it’s a little plain and lacks the detailing and charisma of the Americans, but it’s definitely worth considering, especially if you’re patriotic! 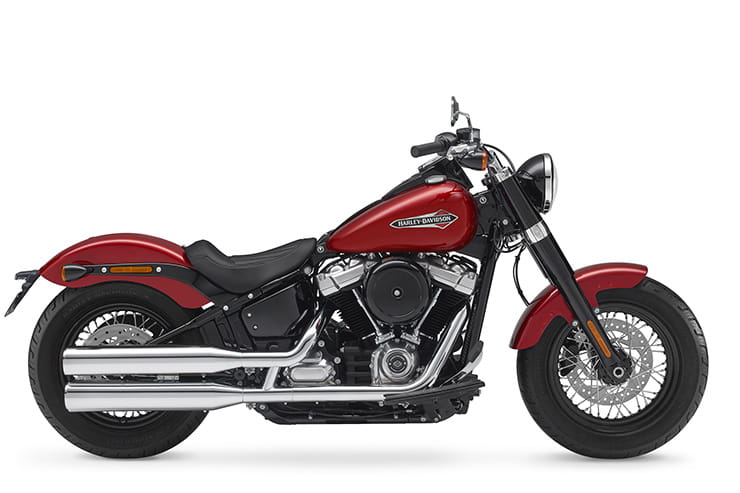 The big twin American has long been considered the most aspirational if not the definitive V-twin cruiser in all its various forms – after all, Harley effectively invented the factory cruiser with its first Super Glide back in 1971. For many years, however, they’ve also been rightfully criticized for their old tech and limited performance. Improving in recent years, H-D’s cruisers made a quantum leap up for 2018 with its all-new ‘Softail’ family which replaced all the old Softails and Dynas with a new, lightweight, more rigid, monoshock chassis, uprated, 86bhp Milwaukee Eight engines, revised brakes, new styling and lots of modern detail touches such as LED lighting. Which grabs your fancy from the nine-strong family, ranging from the Low Rider to the monster Fat Boy, is down to personal taste, but the new Softail Slim possibly satisfies most for its blend of ‘40s styling, punchy performance, distance practicality and impressive handling – not to mention the name on the tank! 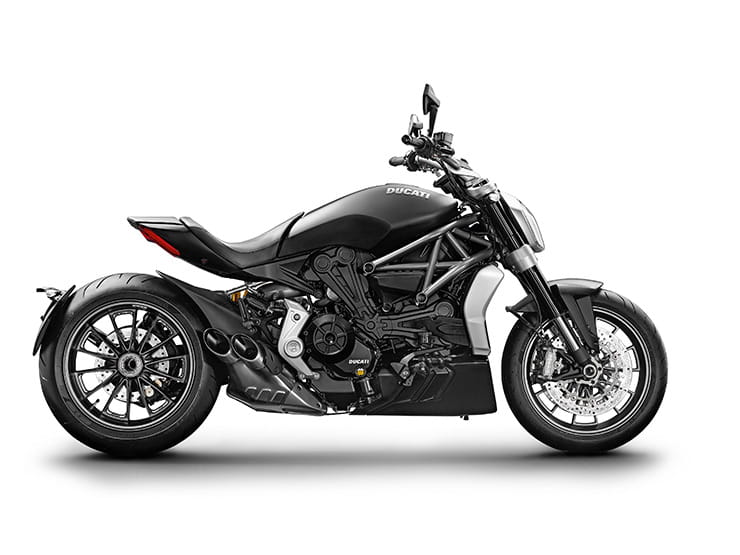 Possibly more hot rod, truth be told, than classic cruiser, the Diavel, simply rewrote the performance cruiser rule book when first launched in 2011 thanks to its mix of 160bhp Testastretta superbike power, cutting edge electronics and cycle parts and class-defying handling – but then, being a Ducati, perhaps we shouldn’t have expected anything less. The longer, lower, more feet-forward X-Diavel from 2016 took things even more cruiser-ey and is a fabulous machine, especially in higher spec ‘S’ form. Not for novices, not cheap and certainly not for traditional cruiser types, the X-Diavel is a true cat among the conventional cruiser pigeons… 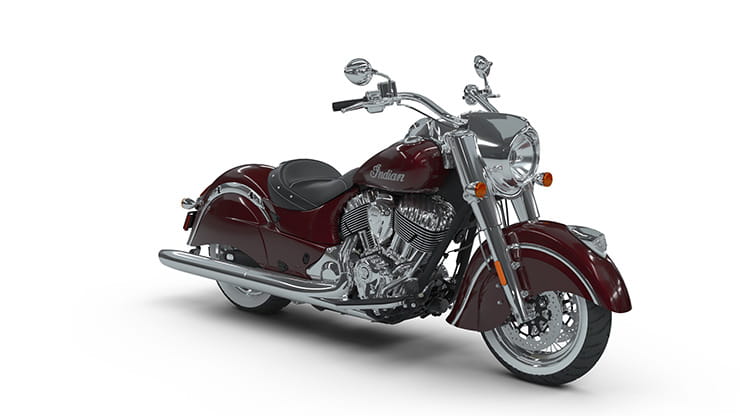 Reborn Indian’s big cruiser V-twins are possibly the grandest and most glorious traditional cruisers of all – and certainly among the most expensive. Ranging from the basic cruiser Chief to the ‘bagger’ Chieftain and Springfield, to the ‘full-dresser’ Roadmaster, and with prices ranging from 16 to £30K, all tick virtually all the boxes. Engines are the same glorious ‘Thunderstroke’ 1811cc V-twin; chassi share decent (enough to inspire a raft of Harley updates since) and style, detailing, comfort and quality are all first rate. The Chief, with its classic Indian flared fender, and pure, naked stance, comes in basic ‘Dark Horse’ (£16,999); standard Chief (£18,199) and wire wheel and white-wall Chief Classic (also £18,199) forms, with the latter our favourite. American V-twin cruisers don’t get bolder, better or more classy.