The evolution of Naked Bikes

Naked bikes, street fighters, sports nakeds, whatever you want to call them, these flat bar bikes are the current buzz machine in the motorcycle industry. Just this year we have seen the unveiling of the new KTM 1290 Super Duke R, Kawasaki Z1000, Yamaha MT-09 and MT-07, Ducati Monster 1200, BMW S1000R and MV Brutale 800 as well as the updated Tuono V4. In the UK, which traditionally has always been a sportsbike orientated market, the sales of naked machines are now higher than their faired cousins and with ever harsher punishments for speeding, it looks like nakeds are here to stay. With all the performance and handling of a sportsbike but lacking the need to go flat out everywhere due to the lack of wind protection, there are a lot of plus points to owning a large capacity naked bike and riders are chopping in their plastic rockets and sampling the delights of letting it all hang out in the breeze. But where did this phenomenon start? Bike Social takes a look back at the evolution of the large capacity naked bike… 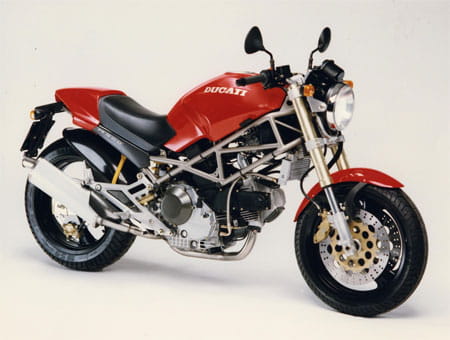 Even the Daimler Einspur came with flat bars, so the whole concept of a naked bike is nothing new, however it was the Ducati Monster 900 that is generally credited as the first of the modern breed of sports nakeds. By combining a version of the sporty trellis chassis from the 851 with quality suspension, a thumping air-cooled motor and then giving it cafe racer styling, Ducati created a whole new style of machine. The Monster was exotic, agile and more than a match for several of the sportsbikes of the day. However its air-cooled engine did lack outright power and this was an area the Japanese specialized in, although it has to be said, the Brits got there first.

Seeing the popularity of the Monster, Triumph followed suit and ripped the fairing off its Daytona sportsbike to create the first Speed Triple. More powerful than the Monster but also heavier, the Triple instantly won fans and was seen as sportier than the Ducati thanks to a one-make race series but not quite as exotic. However riders viewed both of these bikes with some suspicion as neither company had a very good reputation for reliability, which is when the Japanese entered the fray…

In 1996 Suzuki launched the ultra-reliable, and very powerful, Bandit 1200. Its smaller brother, the Bandit 600, brought cheap naked fun to the masses in 1995 and the larger 1200 had all the rugged Bandit styling but added a 1157cc air/oil cooled engine into the mix. It may have handled a bit like a shopping trolley due to soft suspension and a wobbly chassis, but the Bandit instantly drew a cult following and showed off its huge heart with minimalist styling. The next naked Suzuki launched, the 1997 TL1000S, was less well received. Suspect handling and a reputation as a ‘widow maker’ saw the TL spectacularly fall from grace. The V-twin engine was impressive, but the chassis let the bike down and despite also gaining a cult following, it didn’t stay in Suzuki’s model line up long.

With the large capacity naked bike market expanding, Yamaha released details on a bike that got everyone very excited – the 2001 R1 powered Fazer 1000. This was a cutting-edge sportsbike motor in a naked bike and promised to go like a rocket! Unfortunately Yamaha stopped short of delivering the ‘naked R1’ that so many longed for, instead the Fazer proved a great all-rounder with budget suspension. With Triumph upping their game with the 955 engined Speed Triple and Ducati releasing the first water-cooled S4 Monster in 2001, not to mention the disappointingly soft FireBladeengined 2002 Hornet 900, the world was ready for the next evolution of the naked bike. It arrived in 2003…

Suddenly it all gets a bit serious 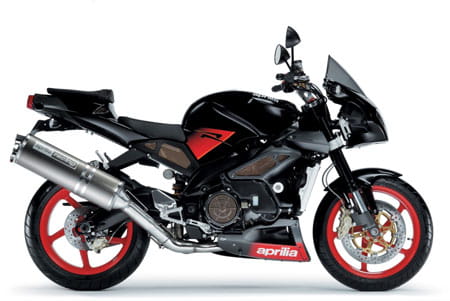 When Aprilia launched the Tuono in 2003 it changed the face of naked bikes forever. The Tuono was no ‘re-tuned’ sportsbike engine in a budget chassis, it was simply an RSV minus its fairing with a set of flat bars fitted. The sports naked had arrived. Mad, bad and extremely aggressive to ride, the Tuono was more than a match for sportsbikes and demonstrated that naked bikes didn’t need to compromise on performance. But something else very special also arrived in 2003.

To go with its re-branding as fresh and vibrant company, Kawasaki launched the crazy looking 2003 Z1000. Appearing like a bolt from the blue (should this be green?) the Z1000 looked like nothing else. Ok the engine may have been a little disappointing, but the Z proved that when the Japanese go bezerk with their styling it can work. Inspired by this new image, the likes of Yamaha with the 2006 FZ1 and Honda with the 2008 CB1000R took the ‘Manga’ styling of the Z and unleashed their own interpretation of unique Japanese nakeds. While they all relied on re-tuned sportsbike engines, the power was now well up into the 140bhp area. However it wasn’t long until someone over-stepped the mark.

In 2008 Suzuki released the B-King. Initially a concept bike with a supercharger, by the time this naked Hayabusa made it to the market it was normally aspirated and ‘only’ produced 181bhp. It was a flop. Too heavy, too powerful and downright ugly, the B-King was a step too far and sales were dismal. However it wasn’t the only naked flop, Yamaha also missed the mark with the 2005 MT-01 ‘performance cruiser’, another bike that was style over substance. For some reason the Japanese seemed unable to capture the true spirit of this new wave of sports naked bikes while European manufacturers were continually hitting the nail on the head. 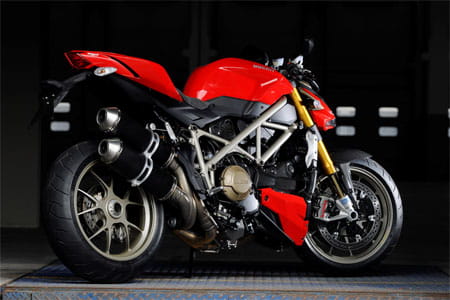 Having set the standard for naked madness in 2003, Aprilia continually evolved the Tuono however it had some serious competition. The 2005 Triumph Speed Triple 1050 was a huge hit and the KTM Super Duke was also gaining fans while the Ducati Monster S4RS was simply bonkers. MV’s Brutale was exotic, expensive and sporty and brands such as Moto Morini and even MZ were also making nakeds. Power was increasing and these bikes were starting to behave more and more like sportsbikes. Then in 2009 Ducati launched its first dedicated sports naked, the 1098-powered Streetfighter which ran alongside the more traditional air-cooled Monster.

Pushing power up to a claimed 155bhp, the Streetfighter was the first of new breed of sports naked that was designed to look good but go even better. Ducati spotted that riders were turning away from uncomfortable sportsbikes but still craved their performance kick alongside cool styling and the new wave of electronic assists. The dawn of the modern sports naked had arrived.

Where we are now 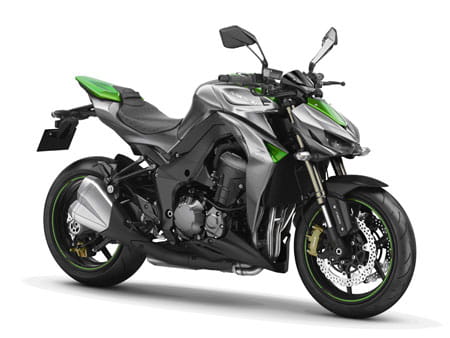 Somewhat fittingly, the first modern naked to really push the limits of performance came from the manufacturer who released the first true hooligan – Aprilia. With a claimed 167bhp from its V4 motor as well as traction control, the 2011 Tuono was the most powerful naked on the market. Essentially a stripped-back version of the WSB winning sportsbike it was bonkers to the point of almost being too much and had a price tag to match. Far from being the cheap option, naked bikes were now almost as expensive as their sportsbike cousins, which is the price we need to pay for the latest technology.

This year we have seen naked bikes push not only the boundaries of performance, but also cost.

If you want the best naked bang for your buck then it is well worth looking at the middleweights. No longer restrained to 600cc, bikes such as the Yamaha MT-09 (£6,799), Triumph Street Triple (£6,999) or Kawasaki Z800 (£7,499) could well show the future direction of the naked bike class. While the headline grabbers will remain the full-on sports nakeds, the middleweights are the bikes are destined to top sales charts and outlive their more boisterous brethren…