The King of Bling - how many BMW R1250GS accessories do you need? 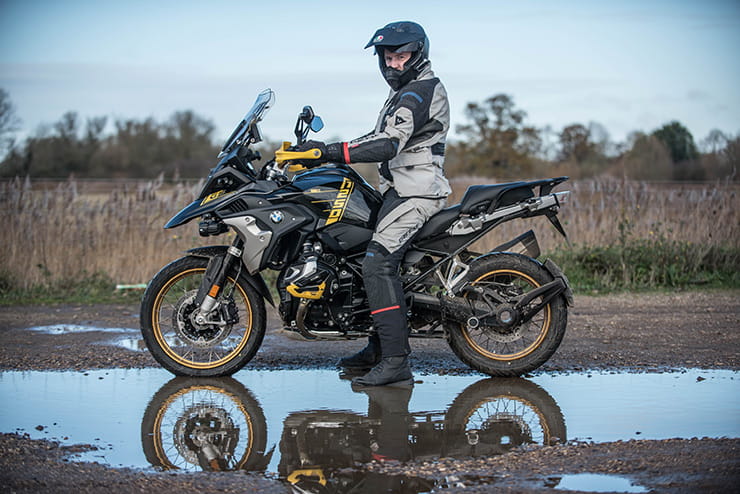 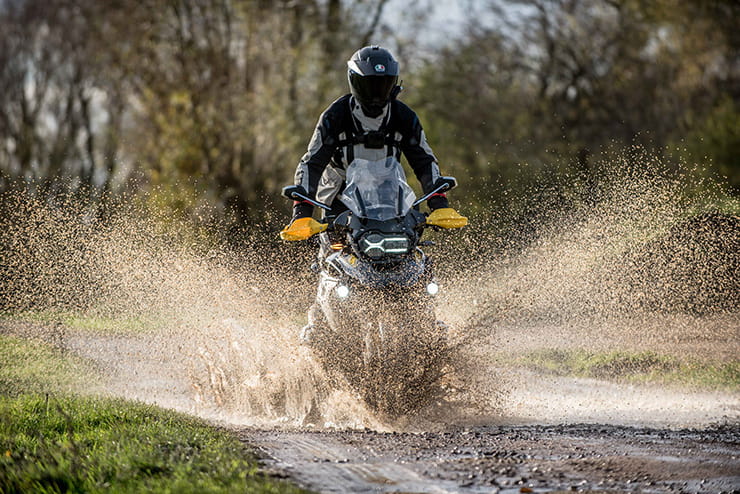 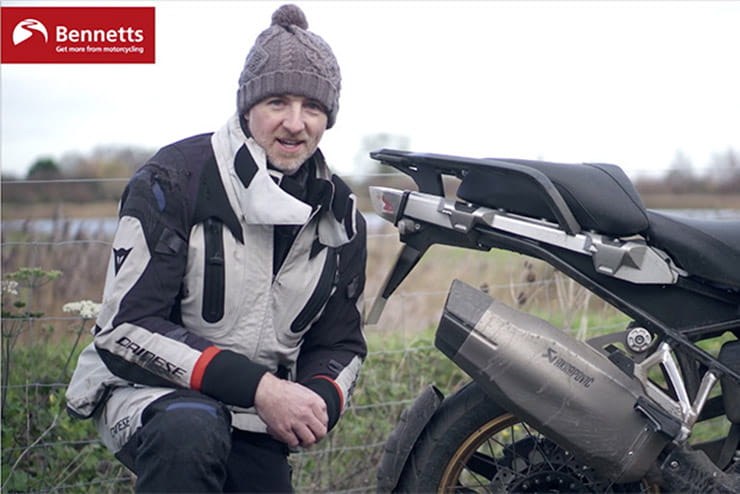 Cruise control, heated grips, top box, panniers, engine bars, fog lights, bar end mirrors, shorter screen, centre stand, radiator protector, silencer… the list goes on and on. And all of a sudden, once your £11,500 motorcycle has been specced up, it’s now closer to £14,000. And that’s just the factory-fitted options, we’ve not even started on aftermarket trinkets and goodies.

20 years ago you could walk into a car dealership, point at what you wanted and then whip out your cheque book or an envelope full of twenties and settle up. It was a simple and uncomplicated process. Your only decision back in those day was which colour to choose.

In the motorcycle world that was a realistic example as recently as five years ago. Well, except the cheque book bit. Of course, where the car world goes, the motorcycle version follows. So if the dealer can offer some personalisation in the shape of factory-built ‘packs’ or a catalogue of accessories then the buyer feels like they’re getting a more bespoke machine, suited to their needs. And it helps attract the buyer when your marketing department, in this case BMW, states the R1250GS range starts from £13,705.

“Ah, you would like wheels with that, sir? Well, they’re extra”. I may be facetious but, for the dealer, the money is in the accessories… and the finance agreement.

In fact, BMW tell us that 75% of all GS models sold are equipped with some form of accessory, and that the hard luggage is the most popular option. Yes, that’s a high enough figure but it still makes you think that 1-in-4 are happy with the standard bike and they don’t have anything fitted. I was expecting more than 75%.

Take this one, for example. It, and its predecessor, the R1200GS along with the bulkier adventure spec stablemates have been the best-selling powered two wheelers (above 125cc) for years. Why? Well, one of the reasons is because of the specification, if you’re buying new you can customise these until your hearts content, by paying for all the bits you do want but none of those that you don’t.

However, like me, there are plenty of folk out there who don’t fancy the complication of options. Having to make a decision of which pack(s) to add or spending hours trawling through the options list doesn’t entice everyone, some don’t have the time, inclination, budget or capacity. One tip is to consider the type of riding and journeys you're likely to be doing in six months/1-2 years down the line, i.e. think practically - if you're buying in the middle of a scorching summer you probably won't be considering heated grips but you'll regret that when the sub-zero temperatures of January come around.

Let’s take this specific bike, it’s the 40th anniversary edition of the BMW R1250GS whose ancestry can be tracked back to the R100 G/S while its rather stand–out black and yellow appearance is from the 1987 version. Meet The King of Accessories…

A closer look and review of the 40th anniversary BMW R1250GS

The 2021 TE edition on which it is based is available from £16,940, however this particular version of the 40th anniversary edition has had a few more parts added and can be yours for £21,460. That’s a 27% increase over the standard bike. On first glance you might just see a snazzy bit of yellow here and there, noticing the bumble-bee esque paint job, but let me run you through the extras:

The Dynamic Pack and Comfort Pack are included as standard with the TE model that already takes care of heated grips, keyless ride, dynamic electronic suspension, gear shift assist pro and riding modes pro. Over and above that, we have the actual 40th anniversary pack at £1990 (colour scheme, gold wheels plus Pillion Pack – effectively the standard screen instead of yellow and it’s also larger, different seat), an Akrapovic sports silencer at £875, LED fog lights at £370, Intelligent Emergency Call function at £305, what’s known as the Shadow Billet Pack II (mirrors, levers, foot rests, etc.) at £750 (the matching engine casings come with the 40th anniv. pack), £230 for the heated seats (which doesn’t come as standard on the 40th anniv edition because that has the flatter, bench-style yellow seat). Pillion has a switch while the rider has the option of changing it via this sparkly dash, alongside the heated grips.

All of a sudden, you’re looking at a £21,460 motorcycle. Ok, fine, so if you chose the PCP option then you’re financing a large chunk of the bike which realistically means you’re only paying for half the accessories once you three years are up.

If you’re smart and buy wisely, you can buy the extra bits that’ll suit you, and anyway factory parts will be covered under warranty.

FAST FACT: the R80 G/S cost £2449 in summer 1981 and according to Bank of England’s inflation adjuster that would have been £9458 in 2020, and right now, the entry-level F750GS 40th anniversary edition with Dynamic pack is exactly the same. 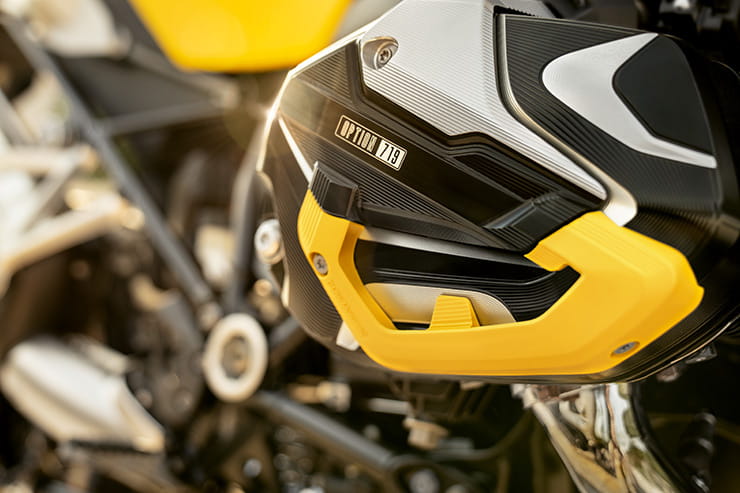 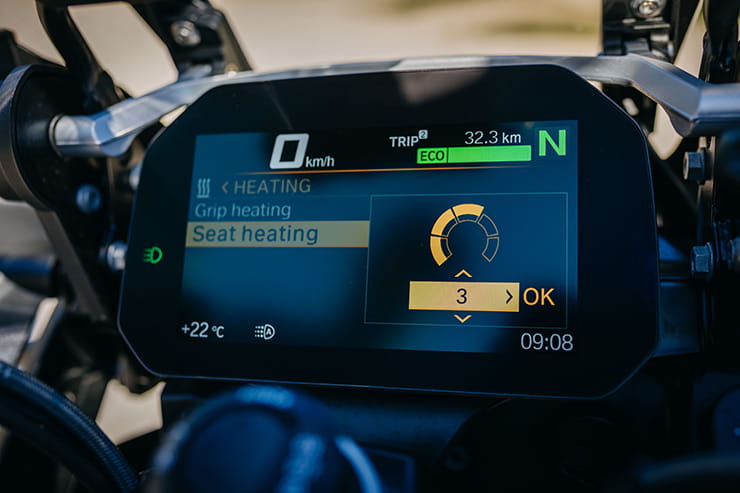 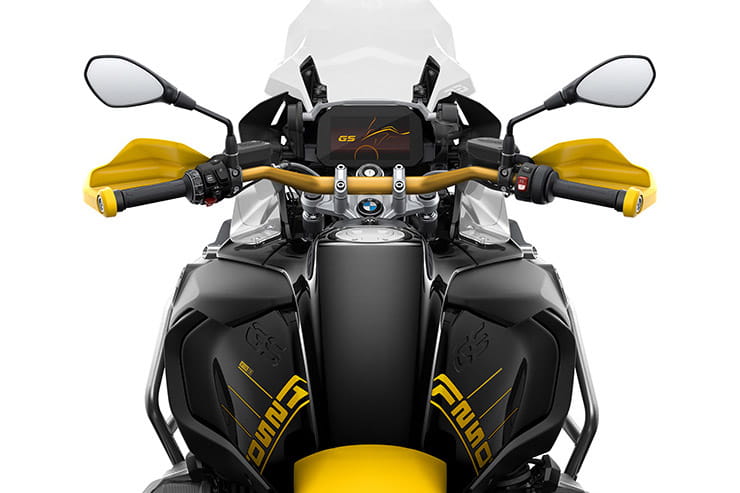 According to Julian Abson, an Underwriter at Bennetts, the motorcycle insurance specialists, these are the accessory-related facts:

In terms of the type of aftermarket accessories that might add a bit of value to the bike then how about this for a top 5: