What is the fastest motorcycle in the world?

With the announcement that MV Agusta’s limited edition Rush is now in production for June delivery not to mention now TVS-owned Norton looking for staff to build its V4, one of the most often asked, hotly contested and debated motorcycling questions of all – ‘What’s the fastest production bike in the world?’ rises its head yet again.

Yet it’s also the one that’s most politically sensitive and difficult to be conclusive about (after all, few manufacturers now claim top speed figures and fewer independent media outlets measure them).

So, while ever-faster road bikes, such as Ducati’s latest V4 Superleggera and Honda’s all-new Fireblade continue to be launched, the last ‘fastest’ list we compiled back in 2017 is now hopelessly out of date. Or is it? We decided to find out.

So what’s the fastest bike in the world?

First, a proviso or two: First, as the Japanese ‘Big Four’ have, since 1999’s launch of the Suzuki Hayabusa, adhered to an unwritten ‘Gentlemen’s Agreement’ to restrict their road bikes electronically to 300kph (186mph) while others, particularly MV Agusta, don’t, claimed top speed figures would be misleading and, for the most part, irrelevant.

So instead, we’re basing our ‘fastest Top 10’ on production road bikes with the highest power-to-weight ratios, which, in simple terms, is the best indicator available to acceleration and, all other things being equal, ultimate speed.

It’s not perfect or completely conclusive, we know. Without comprehensive, independently-tested power figures available we have to go with the manufacturers’ claimed figures, which we know should be taken with a pinch of salt. While, as before, we’ve also gone with manufacturers’ claimed dry weight figures (as uniform wet weight figures don’t exist), which, by their very nature, is somewhat academic, as bikes don’t run without fuel, oil and water. A further complication is the use of race kits, track pipes etc.

But even so, we still reckon it makes fascinating reading, gives a reasonably true indication of the current ‘hierarchy of speed’ and throws up a few surprises, too… 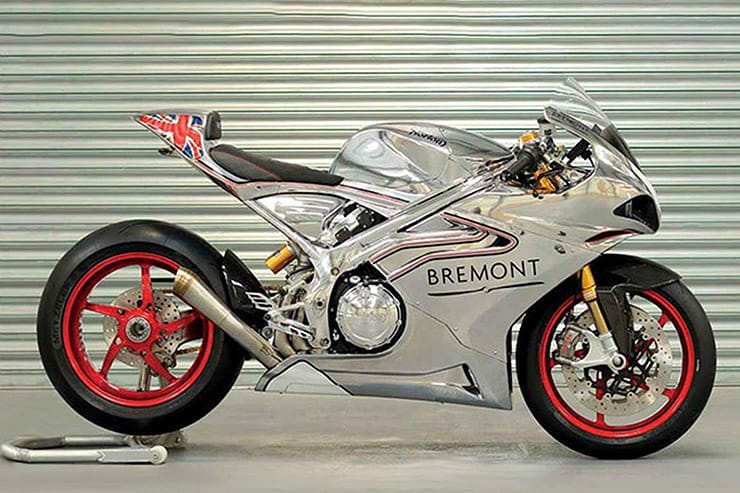 There’s no denying the Norton V4, ‘launched’ 2017, is surrounded by more than its fair share of controversy but the news this week that new owners TVS are looking for production staff, the fact that it is still available to order and the performance it promises demand that it’s included here. The relevant numbers are: a claimed 200bhp from its home-brewed (but Aprilia-inspired) 1200cc, 72-degree V4, a dry weight of 179kg from its aluminium tube frame and cycle parts including Ohlins suspension and Brembo brakes and more.. We’re just not sure when you might be able to get one… 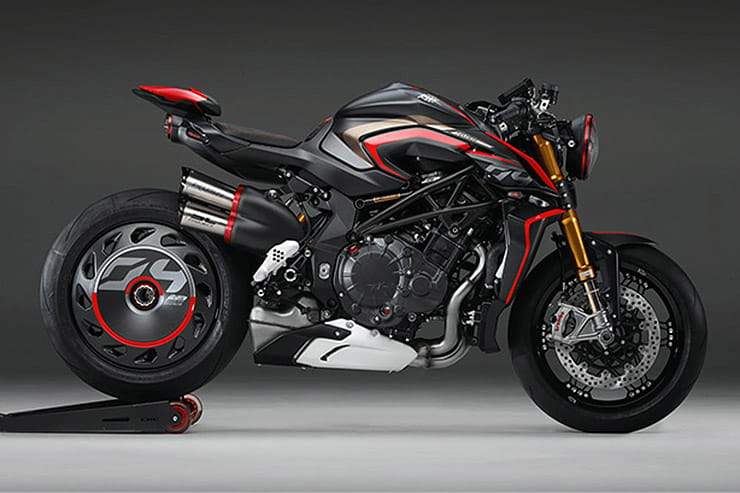 Another new bike delayed by all this Covid-19 stuff but it promises to be worth the wait. MV announced this week that the 300 limited edition, carbon-bedecked Rush, the concept bike-styled roadster based on the Brutale 1000, while now start being delivered in June and it’s so wacky and potent it had to be included here. MV claim 205bhp from its 998cc four (208 with race pipe), a dry weight of 186kg, a top speed ‘over 300kph’ (if you can hang on) to go with its oddball looks, twin pipes and £29,680 price. 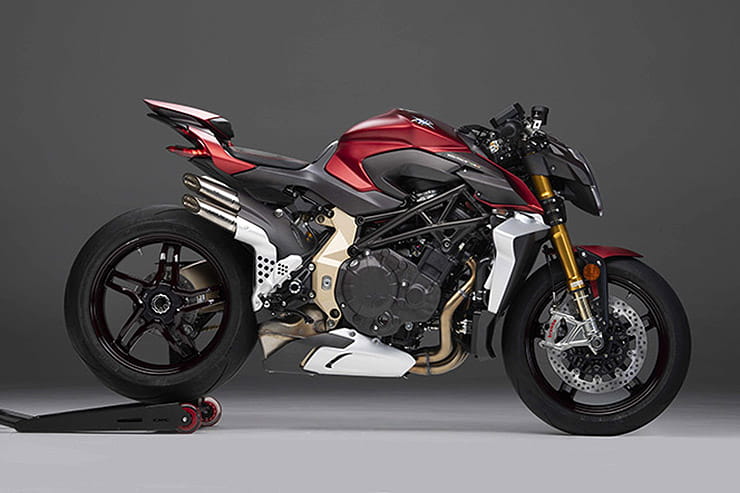 Yes, another from MV, and one to perhaps take more seriously. The Italian firm’s Brutale 1000 RR has been heavily reworked for 2020 and this initial, limited edition ‘Serie Oro’ version, complete with four extra bhp (thanks to a different exhaust/ECU) and reduced weight (due to its carbon fibre wheels) is claimed by MV themselves to be ‘The fastest naked bike in the world’. Its price is an equally mind-bending £38,000. 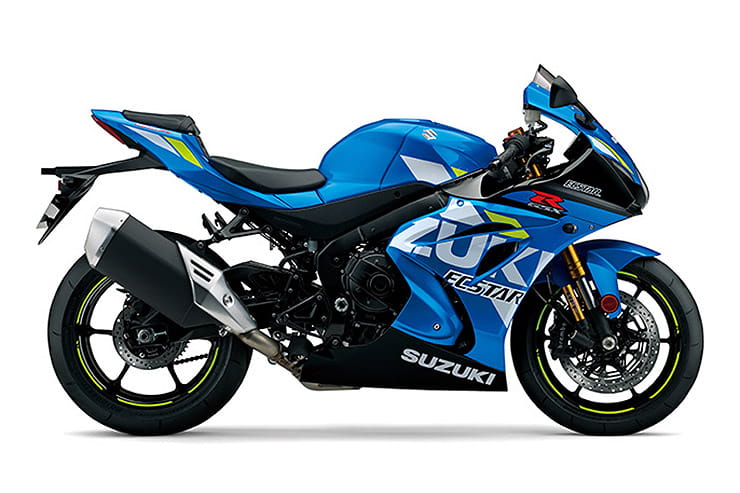 Oddly, just about the only survivor from our previous ‘Top 10 Fastest’ – although that’s mostly due to the fact it alone has barely changed, we wanted to include another Japanese superbike for comparison with the new Fireblade and it’s difficult to be sure about the ZX-10R and R1M as their dry weight figures aren’t available. In truth, the Suzuki sports flagship complete with variable valve timing has actually moved up the rankings slightly but that’s more down to narrowing our selection to bikes currently available, ruling out previous oddballs like the old PGM V8 and MTT Y2K turbine bike. 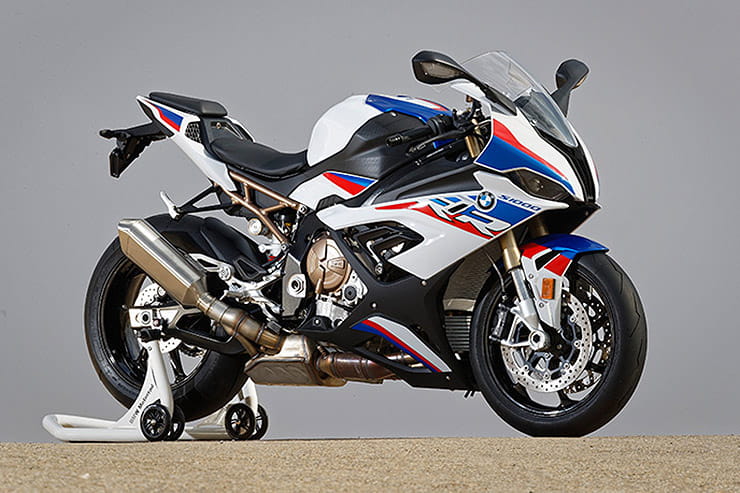 A bike that just goes to show what a difference a few years make. The ‘old’ S1000RR was already a monster performer, famed for its 199bhp and placed 10th on our old ‘fastest’ list, yet wouldn’t even feature here. But its all-new replacement is not only more powerful, more sophisticated, more nimble and yet, also, more rideable, it’s also downright quicker, too. In M Sport trim (including loud pipe and carbon wheels, the relevant numbers are 207bhp and 173.3kg, respectively, but that also adds up to a starting price of £19,995. 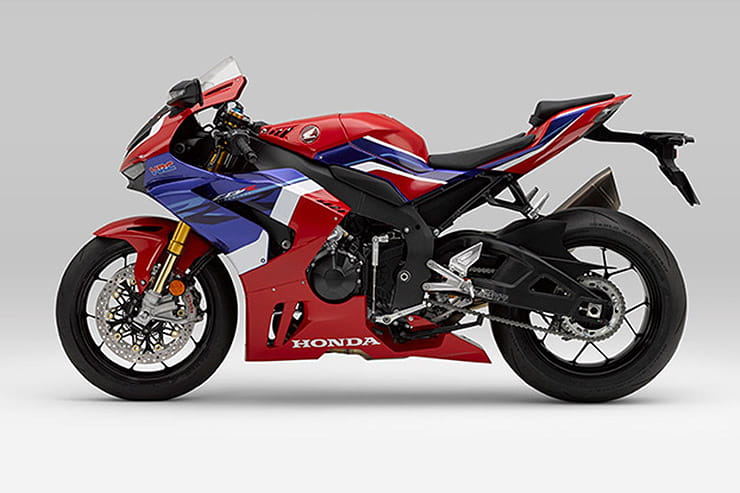 Tricky to be sure about this one, as no official dry weight figures have been released, so we’ve had to use a guesstimate. Based on a claimed kerb weight of 201.3kg and a 16litre-tank of fuel weighing around 12kg, the dry SP will be at most 180kg. That, coupled with its 215bhp output, puts it in S1000RR MSport territory, which is probably about right seeing as this is the most powerful, extreme and track-orientated Fireblade ever and one that’s been built specifically to win WSB. But it may be better still. 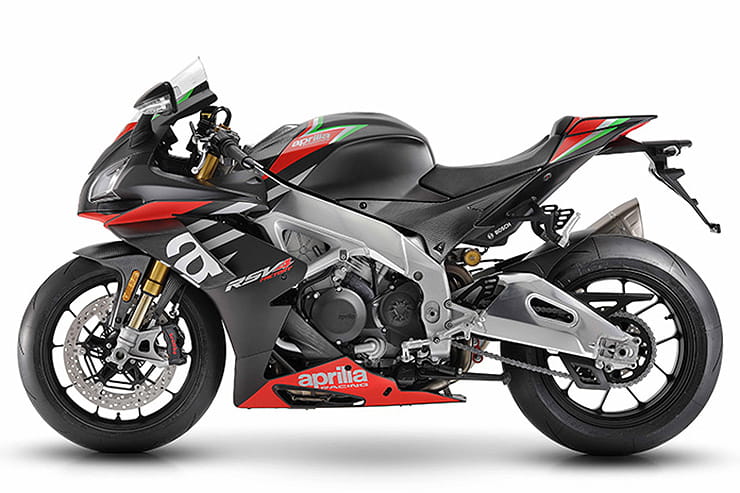 It’s been a while since Aprilia’s original, revolutionary, power-packed, compact and electronics-laden first RSV4 1000 was competitive at world superbikes level (it did originally come out in 2010 after all) which is why, in 2019, they uprated it into 1100cc form using the enlarged engine from the 1100 Tuono. And the result, although not WSB-compliant, is simply phenomenal – especially in top spec ‘Factory’ form. The engine is powerful and grunty; its tiny chassis sweet-handling and its sophisticated electronics and classy cycle parts up with the very best. Those proportions mean it won’t suit larger riders, but if it fits, there are few finer road sportsters. 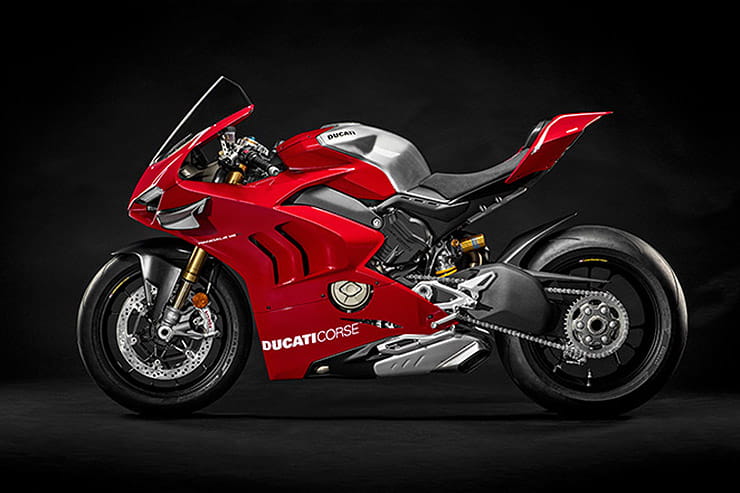 The WSB-homologation special (but road legal) version of Ducati’s astonishing, all-new V4 superbike arrived last year and immediately blitzed all-comers, winning BSB first time out with Scott Redding. (Arguably, it should have done the same in WSB, too, but that’s another story). In short, it has it all: monster power (up from the S’s 214) from the MotoGP-inspired V4, an ultra-lightweight monocoque chassis, the very best of cycle parts, world pioneering ‘aero’ aids, lashings of exotic Italian styling and poster appeal and the £34,995 price to match. 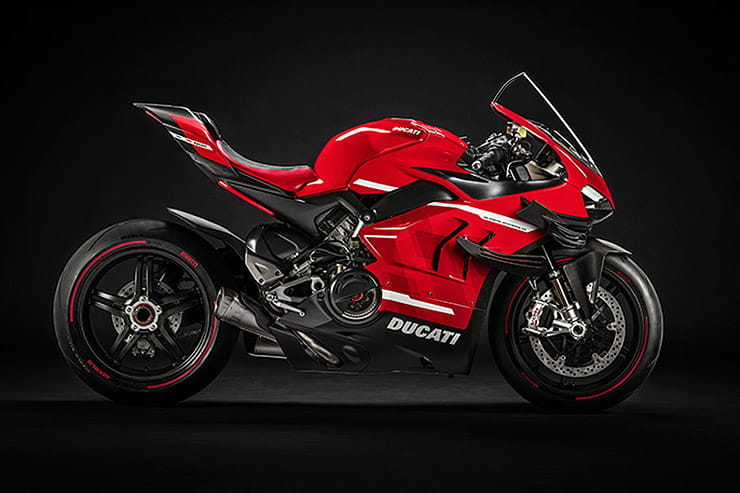 Just when you thought Ducatis couldn’t get any more exotic and potent than the astonishing Panigale V4 R (see above), the Bolognese firm unveiled its most exotic and potent machine ever for 2020. ‘Superleggera’ is the name applied to Ducati’s limited edition, ‘superlight’ versions of its flagship superbike and, with a full 234bhp (with race exhaust) and just a 152.2kg dry weight due to its lashings of carbon fibre, it’s certainly their most powerful and lightest yet. And, with a price tag of €100,000 (£84,000) it’s also their most expensive. Why don’t they race it in WSB? They can’t. The class has a price ceiling of €40,000 (£35,000), which also helps explain the price of the V4 R… 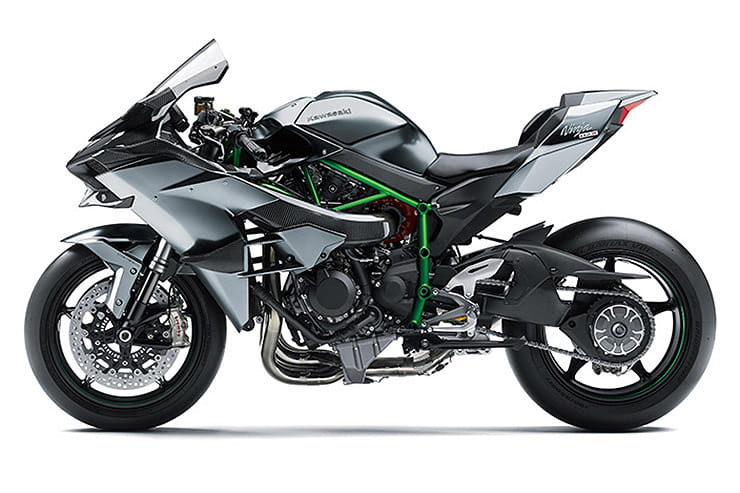 The king is dead… long live the king. Last time out the astonishing, £49,000, supercharged H2/R came out top and, although the competition is closing in, it remains there today – just. Kawasaki set out to produce the world’s most powerful production machine and it achieved just that. In full bore, track only ‘R’ trim, the Kawasaki is claimed to produce a whopping 306bhp, rising to 322bhp with ram air effect. That, combined with a lightweight, tubular steel trellis chassis (although that 193 dry figure is a guesstimate based on its published 216kg wet figure) is what keeps it on top. If you’re going to quibble about its legality, the road legal H2 Carbon (£28,500) produces 240bhp with a heftier 215kg estimated dry weight although that would leave it outside the top 10 here…