Not just V-twins! Here are a bunch of companies you probably never knew Harley owned... 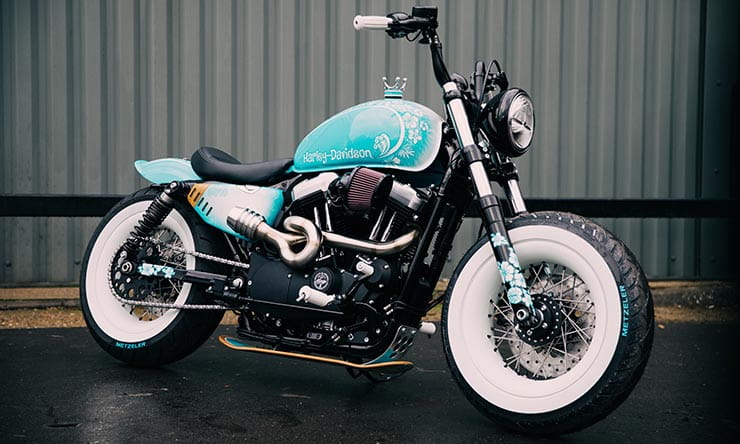 The recent closure of Victory Motorcycles by US parent Polaris (to concentrate on Indian) plus the continuing success of American market leader Harley-Davidson got us thinking: Has Harley ever done anything else apart from V-twin cruisers?

Yes, we know, the huge US concern was involved with sportsbikes (of sorts) with Buell. Plus, of course, there was the short-lived MV Agusta debacle but rarely, surely, have the great American traditionalists, that epitome of old school biking style, truly operated out of its comfort zone. Or has it?

We decided to find out – and the answers might surprise you. While V-twin cruisers has been H-D’s core business since before World War 2 it has also dabbled, with varying success, in more than a few other quite diverse businesses, as this round-up proves…

Two-strokes? From Harley? Surely shome mishtake – but no. As those with decent motorcycling memories of the Sixties and Seventies will remember, for the best part of two decades Harley-D not only built lightweight two-strokes it also raced them to great success, winning three Grand Prix world titles in the process.

It all began in 1960 when Harley bought a controlling interest in Italian lightweight motorcycle manufacturer Aeronatica-Macchi and formed Aermacchi Harley-Davidson. The intention was to produce small, learner-friendly bikes for the American market in an attempt to shore up some of the growing youth market with which upstart Japanese manufacturer was having so much success. A range of 125 and 250cc single-cylinder two-strokes both for the US and Europe were the result, growing into a 350 by 1969. The most commonly known today are the SS350 roadster and SX350 trail bike.

In the mid-Sixties, in a bid to create a successful racer to replace its previous but now obsolete 125cc four-stroke single, Aermacchi came up with a 125 single. Then, when the FIM regulations changed in 1969, in 1970 the firm effectively put two of these together to create a 250cc twin. After winning three GPs in 1972, the great Renzo Pasolini was killed aboard one of these in 1973. In 1974 the bike gained water-cooling an Italian rider Walter Villa claimed the first 250 world crown that year, repeating the feat in 1975 and 1976 when they also claimed the 350cc version.

In 1978, however, Harley sold Aermacchi to the Castiglioni brothers, who rebranded it as Cagiva. 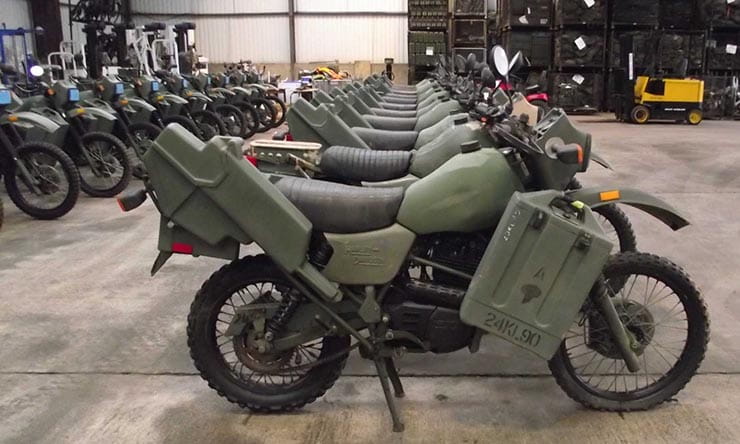 It may not be obvious to some, but Harley actually has a long history of producing military motorcycles. In fact the first military order came way back in 1916 to assist the US army in its conflict with Mexican revolutionary Pancho Villa. The initial request was for 12 bikes, later expanded to a total of 24, but it really took off in World War 2 when, by war’s end, almost 70,000 Harley WLAs had been supplied.

That’s not the end of the story, however. In the UK in the late Seventies, Armstrong-CCM of Bolton had acquired the rights to the Rotax-engined SWM enduro from its Italian owners and developed it to become the MT500 army bike that was used by the British Army in the Falklands War. In 1987, the design and production rights were sold to Harley-Davidson, who in 1993 released the MT350E, of which around 3500 were produced over a five year period.

Unkind observers may sometimes refer to full dress tourers such as Honda’s GoldWing or Harley’s ElectraGlide as ‘two-wheeled motorhomes’, thanks to their ability to carry rider, passenger and almost kitchen sink in complete comfort, but few of them will realize that, for a 10 year period, Harley-Davidson actually did exactly that – make motorhomes!

In a bid to diversify its business, H-D purchased the Holiday Rambler Corporation, an American manufacturer of motor homes or RVs as they’re known in the States, since 1953. After 10 years of unremarkable trading, H-D sold Holiday Rambler on in 1996 to the Monaco Coach Corporation and in 2013 it was sold on again to Allied Speciality Vehicles. Holiday Rambler continues to make luxurious motorhomes to this day.

For a marque so closely associated with iron and motorcycles, it probably sounds odd to know that, for a short while, Harley-Davidson also branched out into fibreglass (or is that 'fiberglass' - Ed) boat manufacture.

It all began in 1962 when Harley, recognizing the increasing use of fibreglass in motorcycles for such things as panniers and bodywork, decided it needed to add some fibreglass manufacturing capability and the easiest way to do this was to buy a manufacturing specialist – enter the Tomahawk Boat Manufacturing Company.

During its heyday during the 1950s, Tomahawk was one of the US’s leading boat manufacturers, but when the market suddenly collapsed it began diversifying into other products. One of these was saddlebags for H-D, while it also briefly manufactured a fibreglass golf cart that was marketed by Harley themselves. Leading on from this, Harley bought 60% of the company in 1962, briefly sold Tomahawk boats under its own name, then abandoned the boat business and turned the facility into the Tomahawk Division to manufacture components for its bikes. ‘Tomahawk Operations’ in Tomahawk, Wisconsin, survives to this day as a H-D facility making windshields, composite and plastic parts. 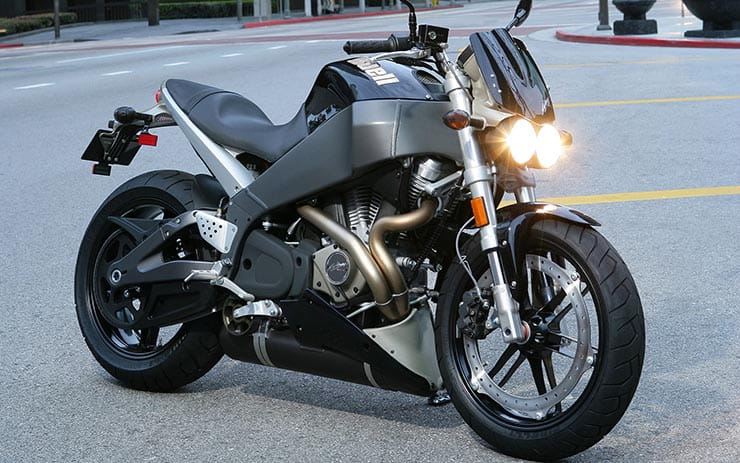 OK, this is the one most of us are fairly familiar with. Buell was founded in 1983 by ex-Harley engineer Erik Buell who, from starting off with fairly radical, two-stroke powered racers, went on to become known mostly for a range of American sport bikes using Harley-Davidson sportster engines. In 1993 Harley themselves bought a minority interest in Buell taking over control in 1998 and complete ownership in 2003. For a while, despite their oddball nature, all seemed to be progressing well and in November 2006 Buell announced that it had produced its 100,000th motorcycle. Then, when the markets collapsed in 2008, the unthinkable happened. In October 2009 Harley announced the closure of Buell as part of its strategy to focus on Harley-Davidson.

Erik Buell himself later left Harley to found another company, Erik Buell Racing (or EBR), as Harley had retained the rights to the Buell name although this has so far had limited success.

And finally... another story you’re probably familiar with, at least in part, and yet also one which still beggars belief, right to this day.

In 2008, in a bid to diversify yet again, Harley-Davidson bought outright the recently revived Italian motorcycle exotica brand, MV Agusta, from, in a touch of irony, Claudio Castiglioni - to whom they’d sold Aermacchi 20 years earlier. The price? A whopping €70m (£56m).

Unfortunately, however, no sooner was the ink dry on the contracts than the world economy went into meltdown. Despite huge investment and reorganisation over the next two years (including paying for the development of a new Brutale and F4), Harley called it quits, decided, as they had done with Buell, to divest themselves of the marque and sold it back to Castiglioni... for just €1.