A History of the Honda Fireblade - Part 1

With Honda unveiling the first SP Blade in the bike’s 22-year lifespan, Bike Social thought the time was right to look back over the evolution of the bike that defined the sportsbike class. The bike that went on to change the face of sportsbikes was launched in 1992 – the FireBlade. Named after a miss-translation of the word ‘lightning’ into Japanese, the Blade was the brainchild of Honda designer Tadao Baba. By using the very latest computer technology, Baba designed the Blade with a fanatical obsession to weight saving. Unlike comparative sportsbikes of the day, the Blade was not all about its engine and instead relied on handling and light weight to destroy the opposition – although a 122bhp 893cc motor certainly helped matters. At the time this engine size was very controversial. With the World Superbike championship selling bikes under the ‘win on Sunday, sell on Monday’ philosophy, Honda took a gamble in releasing the over-sized Blade. With no race class supporting it, Baba reasoned that if it was better than everything else out there, riders would by it on its road success and not race heritage. His gamble paid off and despite Honda actually testing a 749cc Blade, it was the 893cc engine that helped the Honda dominate road bike sales and cement its reputation as the ultimatesportsbike of the early 1990s. 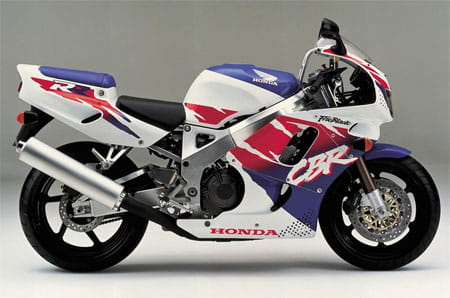 Having set the world alight with their new bike, Honda refined the Blade in its first major update. Riders were unused to the Blade’s agility and many were left a little distressed at the bike’s lively front end, something Honda muted by adding compression adjustment to the forks rather than swap the unique 16-inch front wheel for a more common 17-inch item. This was just one of a series of small modifications that Honda made to the Blade to make it easier for riders to live with, however what most people remember about this generation of Blade is the look.

A new fairing brought with it the iconic ‘Foxeye’ headlight as well as the coolest paint scheme known to man – the 1994 Urban Tiger. Who cared if it was described as beige in the logbook, the Tiger was the stuff of dreams and remains as eye catching today as it was back in 1994. 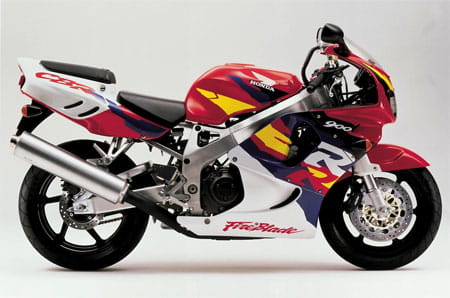 With the whole world going Blade crazy, in 1996 Honda were still left without a major competitor as the rest of the manufacturers concentrated their efforts on the 750cc class. Rather than resting on their laurels, Honda followed the pattern set by the Japanese manufacturers and four years after it was first unveiled, the Blade received a major update.

Sensing the public were starting to turn against the full-on nature of the Blade, Honda softened their sportsbike by increasing its practicality levels. New bars were 10mm taller than before, the seat height was 10mm higher for more leg room and the fairing increased in size for better wind protection. And the improvements didn’t stop there, the motor and chassis were also thoroughly revised.

As well as increasing its capacity to 918.5cc through a 1mm over-bore, Honda lightened the engine’s internals and tweaked the chassis’ geometry for stability. This new Blade may have been the most powerful to date, but it was also the most stable and came with genuine all-round ability. Fans of the frantic nature of the original model were left a little disappointed, however with no competition to face up against the Blade still ruled the roost. Unfortunately for Honda this all changed in 1998…

It took them six years to respond, but eventually in 1998 the FireBlade faced its toughest challenge to date in the form of the Yamaha YZF-R1. Just like the Blade before it, the R1 set new standards for power, performance and agility and swept all competition aside. The Blade was finally beaten.

Despite updating the chassis and squeezing an extra 2bhp from the motor, Honda had converted the Blade from a manic sportsbike to something that was more like a sports tourer. The Blade was blunted and the vultures were now circling with intent. Honda had misjudged the public’s appetite for speed and had taken their flagship sportsbike in the wrong development direction. A drastic change of direction was needed for the FireBlade, it arrived alongside a new millennium. 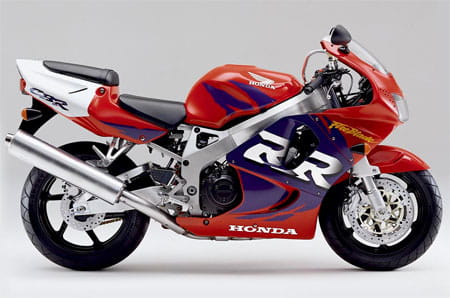 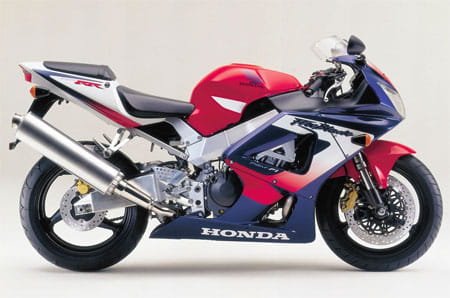 To welcome in the new millennium, Honda unleashed a brand new FireBlade that went right back to the ethos of that original 1992 machine. This machine showed the world that not only was the FireBlade back in the sportsbike game – it was there to regain its place at the top.

The 2000 FireBlade was a brand new bike with virtually every component changed. As well as a new 929cc big bore/short stroke fuel-injected motor the Blade now had a sharp handling chassis with the swingarm mounted to the rear of the engine’s cases to allow it to be not only stronger but also longer for increased drive. But that wasn’t the only change – the controversial 16-inch front wheel was now a far more common 17-inch item and the Blade had been on a diet…

With power up to 151bhp and weight down to 170kg, this was a sharper, leaner and far sportier Blade that although not actually able to outright beat the R1, certainly gave it a proper run for its money. FireBlade fans could now buy the Honda and hold their heads up high, this was no second rate sportsbike, it was a FireBlade. Although even better was to come, not only from Honda but sadly also the competition. 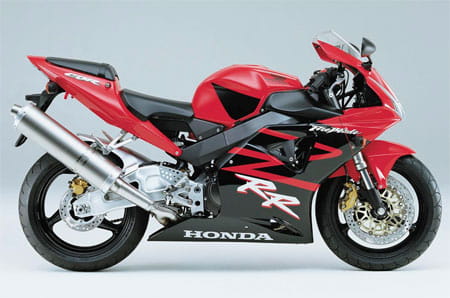 As the previous model of Blade had so nearly matched the R1, Honda must have been confident that their planned 2002 update would gain them the top sportsbike spot. Sadly they didn’t predict the arrival of the Suzuki GSX-R1000 and so when the updated 954 Blade arrived in 2002 it once again found itself playing second fiddle to faster competition.

Despite an increase in power to 155bhp and capacity to 954cc through a 1mm big bore, the Blade lacked the Suzuki’s raw grunt. A far superior road machine, the Blade won fans amongst riders who weren’t after headline grabbing performance figures. But in the litre bike class in the early 2000s, if you weren’t top dog, you were always going to struggle. This was a class rules by dyno charts and Honda needed to do something radical to beat the Suzuki.

Generally regarded as one of the finest incarnations of Blade, the 2002 Blade was the last model that legendary designer Tadao Baba oversaw the development of. Retiring to a life of golf and smoking at the end of the bike’s production, Baba himself likes this model so much he even has one in his garage.

Check back next week for Part 2, with the History of the Fireblade 2004 onwards.