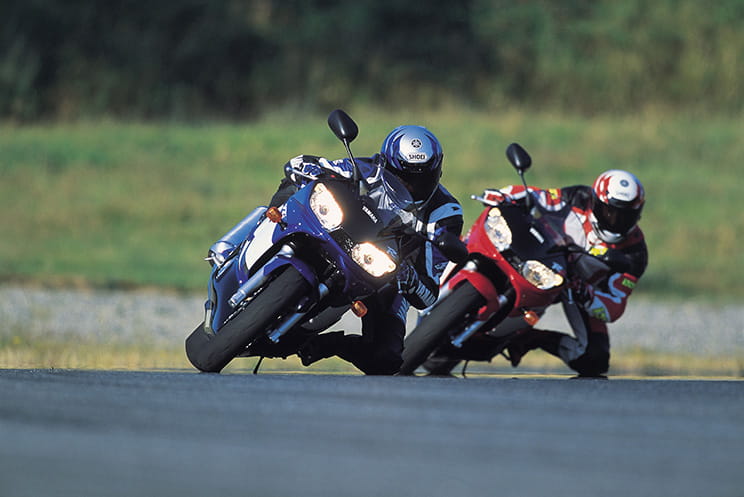 Yamaha’s new R6 appears to be something of a dying breed. According to data from the Motorcycle Industry Association, while all capacities of powered two wheelers (PTWs) saw a serious slump from around 2007, it was the super-sports bikes of all sizes that were most hard hit.

Over the last two or three years, motorcycles of all engine sizes have seen a very promising uplift. Except those from 501cc to 700cc. And that’s despite Yamaha’s incredibly popular 689cc MT/XSR series motor!

From 2000 to 2016, the R6 held the crown for mid-capacity race-reps, then over 2016 the CBR600RR was the sport 600 of choice. Of course, that bike’s now gone, but the R6 looks set to reignite many rider’s passion, and there’s still a thriving market for mid-capacity sports machines.

And rightly so. We spoke to some owners on our FaceBook page to find out what makes 600s a great new or used buy, however you ride them… 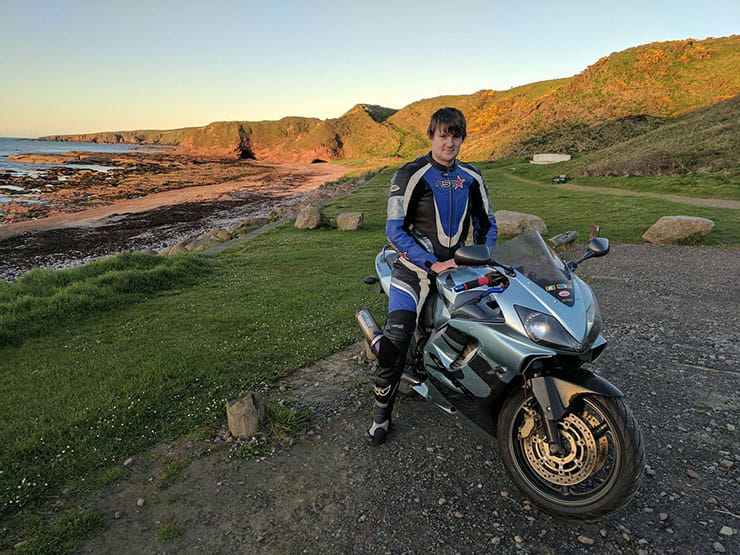 “I chose the CBR because I've been a Honda fan from since having an XR80 when I was nine, and my dad owning an Urban Tiger ’Blade. I saw this in the showroom and knew I had to have it, though it now looks completely different to how it did then. It also worked out as a great bike to restrict to 33bhp.

“It’s currently used for commuting and pleasure, but I’m hoping to do my first track day at Knockhill in the next month. As far as handling goes, it just does exactly what I want it to. I ride 74 miles a day with no aches or pains. I've fitted a Blue Flame end-can, a stainless steel down-pipe and K&N high flow air filter. I also have a one tooth smaller front sprocket and one tooth larger rear, which gives a great acceleration boost.

“Personally, this bike is all I need – it’s got plenty of speed and power, it’s capable of taking the fiancé out for a cruise, and it’s great for some thrashing. That’s why I’ve kept it for so long.”

According to data from Bennetts insurance, 38% of its sports 600 riders are over 45, so surely they can’t be the uncomfortable machines they’re often perceived as. In fact, 0.6% of owners are over 70, with the oldest being 81. 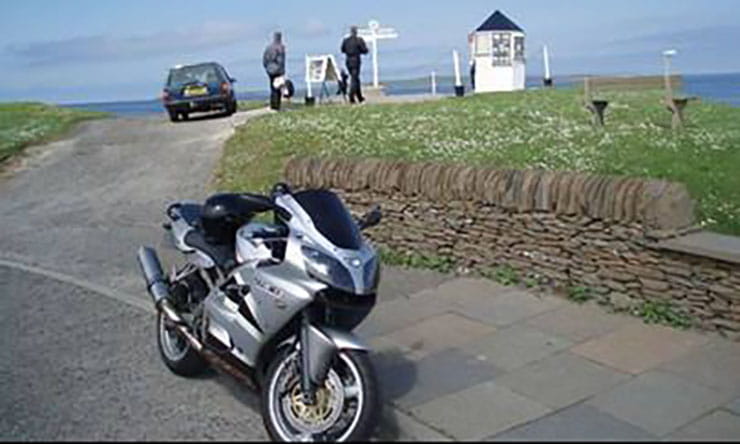 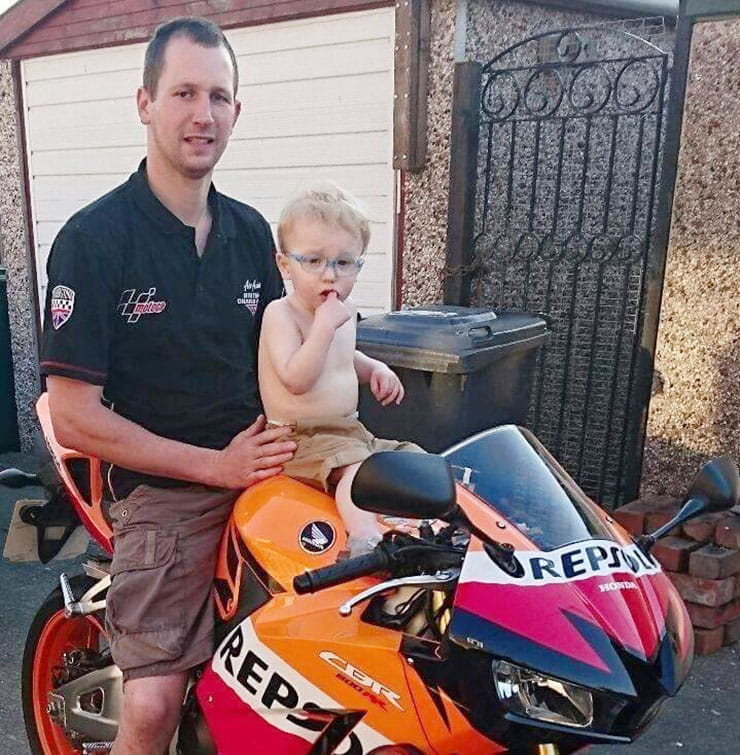 Max Kopasz bought a 2002 636 about a year ago, and has done some fairly long trips… “I chose it for the looks, not really knowing much else about them, but I never regretted it. I use all my bikes for everything from commuting over the bumpy moor roads, to Sunday blasts around the Dales and Lake District; in any weather – rain, wind or snow!

“I decided to try the 1000mile day after reading an article about something similar. I worked out that from my home to John O’Groats and back was 1000miles, so tried it first on the Fireblade in November. It rained all the way up, with a -10°C wind-chill! On the way down, the A9 was shut due to snow, so I was sent down Loch Ness. The snow was settling and it was getting dark, and I was sliding all over so admitted defeat and got a B&B. I woke up in the morning to find I’d being riding on a flat rear tyre as well, but I’d just assumed it was the snow.

“I tried again in the summer on the 636, this time flying straight up and down with no issue, taking, 14 hours. I couldn't sit down for a week, but the bike sang sweet all day.

“I love the 600s; I think there's enough power for anything and everything on the roads, and always feel in control, and surprisingly comfortable, even though I'm 6 feet tall. I have no idea what bike will be next, but as long as I'm riding and having fun who cares?”

Of the sports 600s insured by Bennetts, almost half of them are Hondas, though these stretch back to the earliest CBRs. The second most popular manufacturer is Suzuki. The average age of bike is 14 to 15 years old. 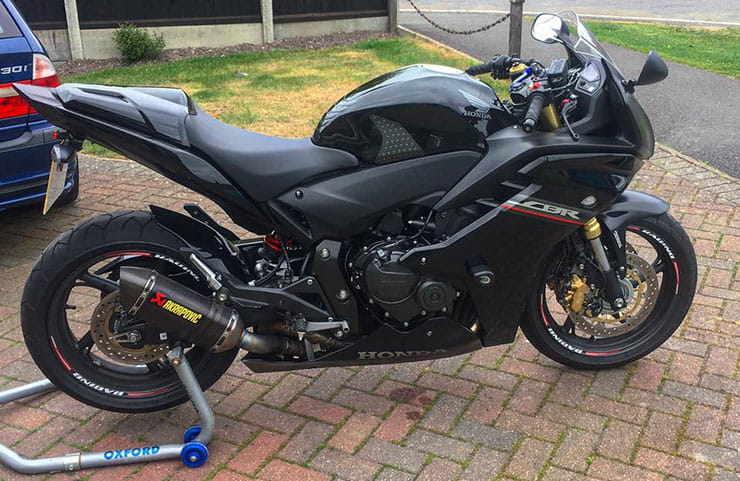 James Waversek has had his 2012 CBR600F since March this year: “It’s my first proper road bike, having ridden motocross from a young age, had trails bikes, and ridden enduro as well as having ridden my dad’s VFR800 VTEC and Honda Hornet.

“I choose it because I wanted a four-cylinder 600 – I looked at ‘proper’ 600cc sports bikes such as the R6, GSX-R and CBR600RR, but also did some insurance quotes, and they came back fairly high, with me being a new rider to the road. This still ticks the boxes - it looks fairly sporty, is comfortable, and it’s cheap to maintain and run

“I use it to do the odd commute, but mainly for short rides in the evenings and weekends, with and without a pillion. I'm planning on riding to a European round of the MotoGP on it soon.

“Performance wise, it isn't going to set the world on fire with its 101bhp, and I already find myself wanting a few extra ponies, but it does have a great top-end rush. It’s happiest above 8000rpm, so you do feel as if you’re wringing its neck, but that also makes you feel as if you’re riding the bike to its full potential, which is intoxicating.

“It’s very flickable and nimble… my only complaint is that pushing on rough or bumpy roads it can upset the bike, although I've yet to have a play with the suspension. But ultimately it’s supposed to be a comfortable, practical mid-sports tourer, and it takes whatever you throw at it, from carrying pillions long distances, thrashing around on a Sunday morning or chugging through town at 30mph in sixth. Hopefully I'll be able to comment what it's like on a track day soon too!

“Currently I feel I only crave a larger-capacity engine for the long motorway journeys as sitting at high revs for an extended period can be frustrating; it's a shame many 600s are being killed off due to Euro 4, as I truly believe it's all you'll ever need on the road.

“I'm hoping that once I get my first year under my belt, and insurance down, I’ll be able to buy the new Yamaha R6, as it’s my current dream bike!”

Surprisingly, 28% of Bennetts customer with sports 600 bikes don’t use any form of security. Though that’s still better than the overall average that sees 43% of the UK’s bikers not using anything! 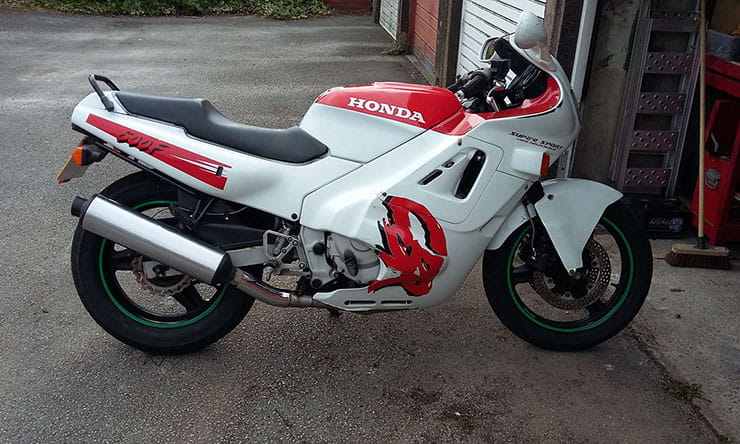 James Woodward’s 27-year-old CBR600F is still giving him all he needs… “I've not had the bike long, having been on litre bikes for the past seven years, but I had to down-size for financial reasons.

“I chose it because it was cheap, and I use it every day – to work in the week and as a toy at the weekend. The handling is spot-on; the only things are that it’s a bit down on power and the brakes are a bit weak. I still get the chance to show a lot of litre bikes how to go round corners…

“But it's 27 years old – you can't have the world on a budget, and it's one of the most comfortable bikes I’ve owned (but anything is comfortable after a ’Blade). 600s have their place as much an a 1000cc sports bike. I will get another litre bike, but I'd still have a 600.”

Almost 15% of Bennetts Insurance customers buy a sports 600 during the first three years of getting their licence, though the largest proportion of people have had their licence for 20 years! 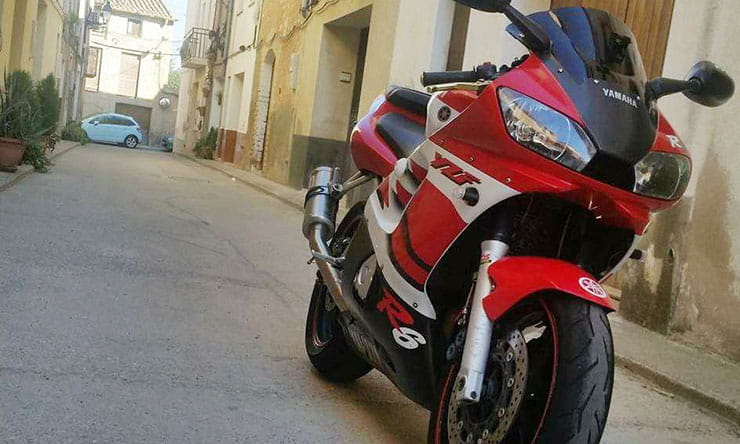 Robert White has toured on his Yamaha R6, taking it as far as Spain: “I've been riding since I was 15, and I'm 48 now. I started off with motocross and moved to sports and tourers in my late 20s, owning a Triumph Sprint ST and Bandits of various capacities. I’ve also had a Yamaha RD350, an R1 and several R6s.

“I love the 1200 and 1250 bandit for touring, but can't keep away from the early R6 models. I do plenty of track days on them, and the handling and power give all the 1000cc boys a run for their money… except on a longer straight! You can thrash the arse off an R6 and find its limits – and your own – which you can't do as easily on a 1000.

“We holiday in Spain every year with the bikes, and enjoy the amazing roads out there as well as track days. Based around Tarragona, we have plenty to choose from.

Engineers are most likely to insure their sports 600 with Bennetts, followed by retirees, then HGV drivers, then managers. It’s a popular capacity with electricians, builders and company directors, but they’re also owned by clergymen, nannies and zoo managers, as well as fairground and abattoir workers. 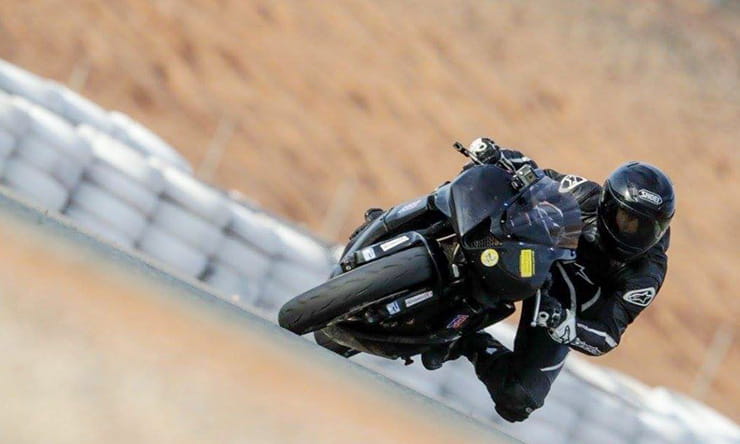 This 2010 Honda CBR600RR was bought by Kevin Clark in 2014: “I chose this as my first proper sports bike after learning to ride on a Honda Hornet for 18 months, using it as my only bike for a while before converting it to track only.

“It handles amazingly – the brakes are very good, and it has decent low-down pull compared to some other 600s. It could do anything really, but is tiring after 200 miles. I get between 100 and 160 miles from a tank.

“It's track only as I wanted a project over winter, and found I was being too precious with road fairings on since it was a limited edition.

“As I’ve progressed from a beginner to an experienced rider, I’ve craved a bigger challenge and lusted for more power. I’ve now found a happy medium in my Ducati 959 Panigale.

Bennetts customers with sports 600s tend to be a careful bunch, with 84% having made no claims. 13% have made a claim, with the most being six! 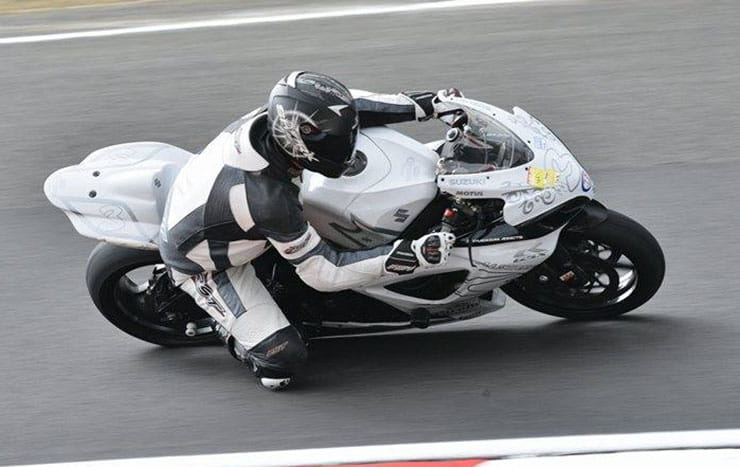 “I learned to get both knees down on track with the 600, choosing the K7 model as they’re quite big looking for a 600, and when you’re 6’3”, you don't have many bikes to choose from!

“I had it set up by Tagg racing in Ashford for my weight, and it transformed it into a sweet handling bike that was very comfortable to ride on track, fitting me like a glove.”

85% of sports 600 riders insured by Bennetts have no advanced riding qualifications, though of those that have, the Institute of Advanced Motorists and Bike Safe are the most popular. If you haven’t tried a Bike Safe course, we thoroughly recommend it! www.bikesafe.co.uk