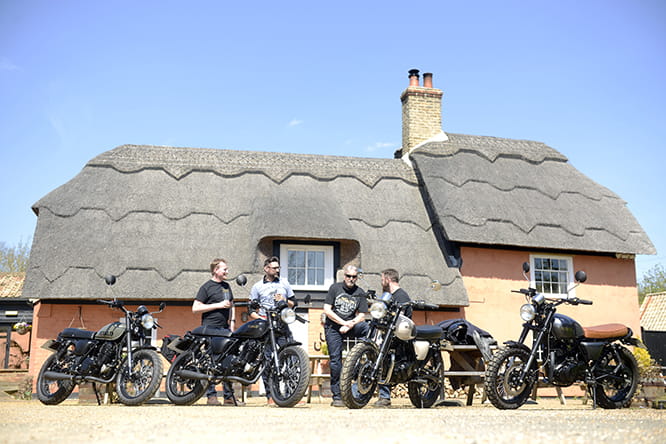 WELCOME TO THE WORLD OF HERALD…

IF you were at Motorcycle Live at the NEC last year you can’t help but have noticed a line-up of cool-looking retro-styled 250s and 125s called Herald. A brand that seemingly came from nowhere and is rapidly becoming the biggest-selling 250cc affordable motorcycle range in the UK.

Some of that may be because the big players in the market, like Honda and Kawasaki, are turning to 300cc and 400cc steads, but there’s no denying that Herald has made an impact since its introduction in the UK and its hipster style image is doing something different for smaller bikes.

And, they now are looking at plans to make their own chassis, and build a British-made 400cc bike from their base in Huntingdon, Cambridgeshire which could be unveiled as early as November at this year’s Motorcycle Live Show. A 450cc project we spotted in the back of the workshop was looked into but has been shelved, for now at least.

So as a small British company importing bikes to their spec from China, they’ve certainly got ambition, but what about the bikes? 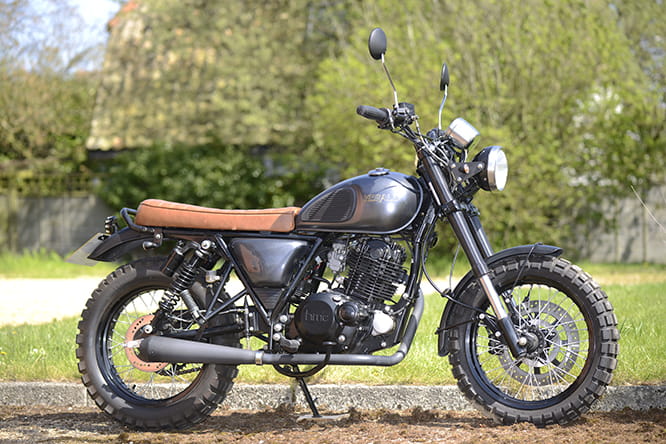 We took out a couple of in-house built customs modified by Herald’s workshop team. Based on the Classic 250 which comes in at £2750, the Rambler and Roamer we took out on test are hopped-up factory customs in their own, unique way and come in at £3500. A Cafe racer style bike called Vagabond 250 and a scrambler called Nomad 250 are also available at £3500. That’s a few quid more than some equivalent Chinese bikes, but these customs are

developed and built to spec by the factory in Huntingdon in their own workshops. A few more projects are also on the cards in the style of the Bike Shed new custom vibe.

Like the Classic 250 the bikes are based on, all 250 Heralds come from China and are then assembled in the UK, replacing the engine oil and brake fluid with Silkolene lubricants. The battery, chain and sprocket rear shock absorbers, brake pads, spark plug, spark plug cap and tyres are all replaced with high grade parts to ensure reliability and longevity. Bikes now come with a 2-year warranty too and are available from some 40+ dealers. 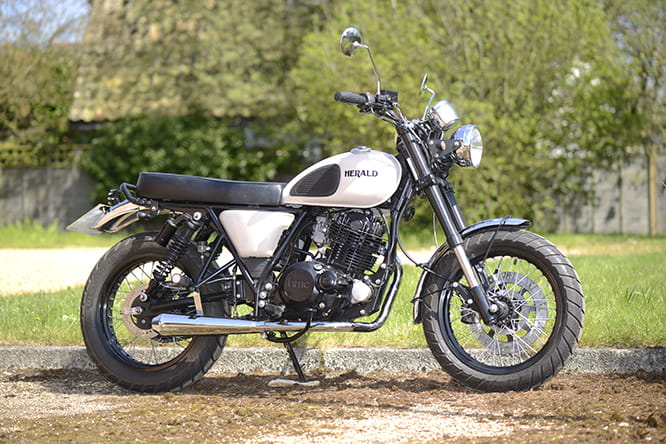 They may be very similar to look at, but they both give off very different attitudes for just a few subtle changes. 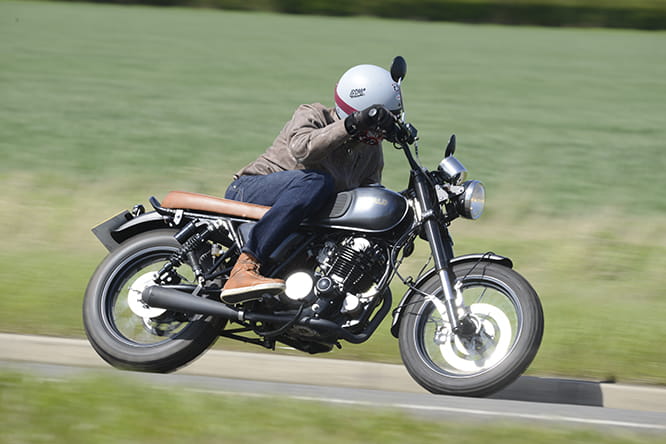 I took the Rambler out first on Herald’s test circuit on the sweeping country lanes in rural Cambridgeshire.

On the open pipe the motor sounds fruity and spins up quickly for a little motor. It’s friendly and is flexible enough that you don’t have to wing the hell out of it to make it go. On back roads I saw 75mph at one point, and it’s more than up to a tootle round the lanes. In town its light steering, light clutch and easy sit-up riding position with high-bars would make it very easy for new riders.

With four of them out on the road we certainly drew a crowd when stopping at a local pub. They’re all good-looking bikes with a certain style of their own. 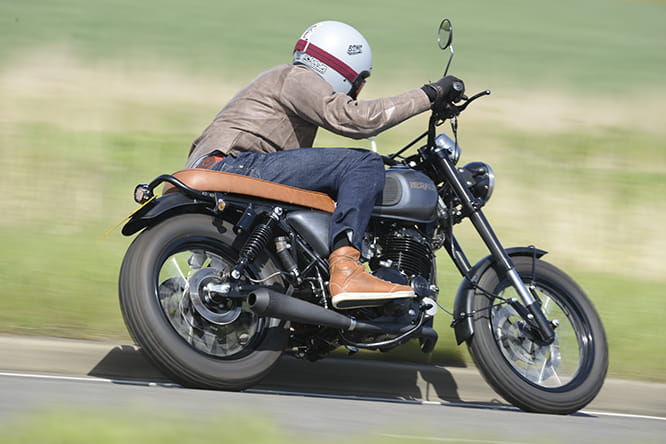 The Roamer feels similar, but the bars are lower and it has a different look thanks to all that chrome. Plus, you feel more confident pushing it a bit harder on the excellent Avon tyres. In truth, the Continental Twin Duros can be ridden pretty hard, but their off-road nature means you have to be on your guard a bit more until you’re used to the feeling.

There's no ABS currently (but ABS versions are being worked on to comply with Euro 4) mean the front brake is powerful enough to lock-up the front wheel if you really try hard enough, and are more than up to the job of stopping the 130kg (dry) bikes.

At speed the bikes feel a bit twitchy until you’re used to them, but the Racetek rear shocks are adjustable and built by the parent company of Herald, and the upside down front forks are well damped.

People buying them range from those wanting something cooler to get to work on, and rich older people who want a bike to keep at their holiday homes abroad. I get it.

Overall the Herald 250 Roamer and Rambler give a taste of hipster culture and style at a fraction of the price of some bigger new bikes. 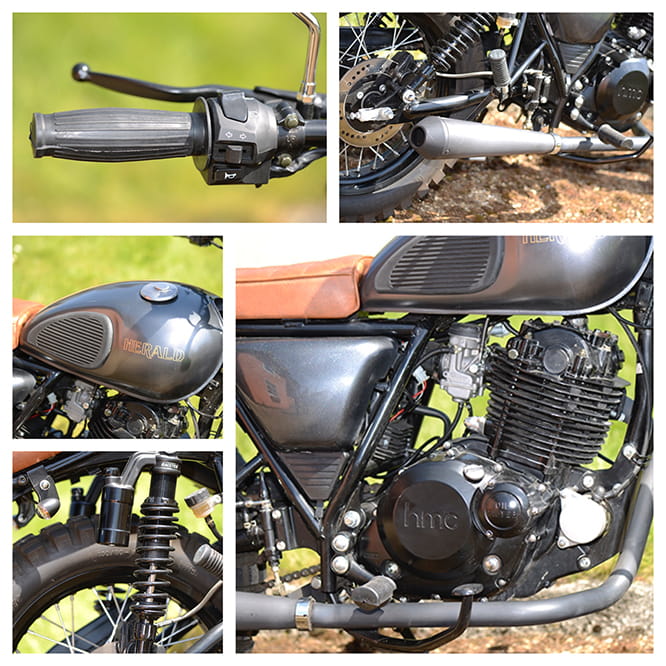