Pick of the Ads: retro Kawasakis

"Kawasaki is set to launch a new Z900 model – its technology will be bang up to date, but the styling is very much from yesteryear." Says Scott. "Until the Z900RS breaks cover here are a few retro super bikes that the Japanese crew made earlier…" 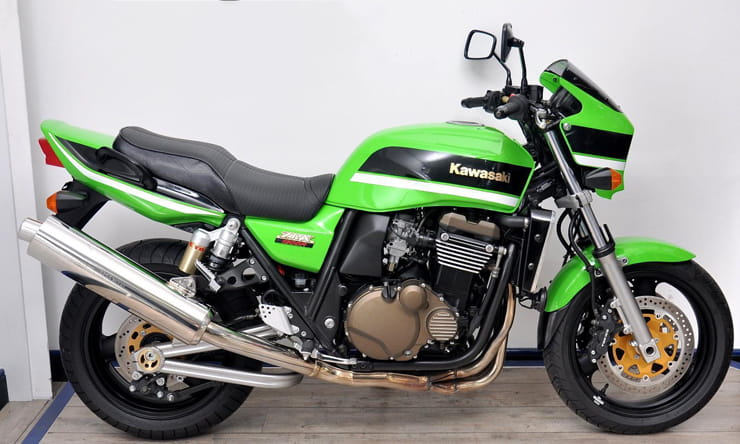 If Kawasaki retooled and built the ZRX again, I’m pretty sure that it’d find itself a slice of the retro market. Maybe that’s why Kawasaki is launching the Z900RS; it’s clearly designed to appeal to us of a certain age, as the original ZRX1100 did when it came along in 1997. By the year 2000 it had grown into the ZRX1200R – for a design that’s almost 20 years old it’s still bang on the retro money.

Prices for used retro bikes remain strong, and finding decent ones can be a chore. This is a dream find – a 2008 model that’s covered 2.6 miles from new. It’s obviously in ‘as new’ condition and totally standard. Those chiselled AMA looks are crowned in the only colour option for a bike that carries Eddie Lawson’s DNA within its crank cases. 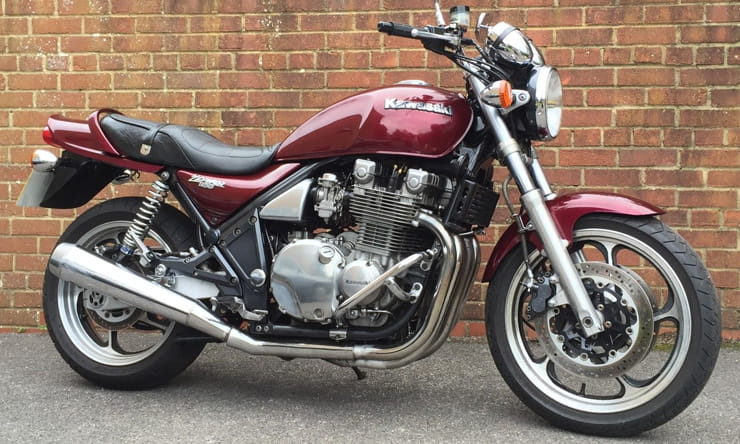 A range of Zephyr models appeared in the early ’90s that were developed to appeal to the born-again biker craze that erupted during that decade. This was also the height of the race replica frenzy, with models getting lighter, faster and dearer with every season that passed.

The Zephyr range was a real back-to-basics take on what a motorcycle should be; air cooled engines that were found in the parts bin matched to steel tube frames… even the paint jobs were basic. The biggest Zephyr was this, the 1100cc. They’re a rare find on the used bike market, probably because they never sold in any large quantities.

Build quality was pants – Kawasaki made a rod for its own back by supplying the range with wheels that had polished rim edges, and despite being under a coat of lacquer they were never going to survive a British winter. 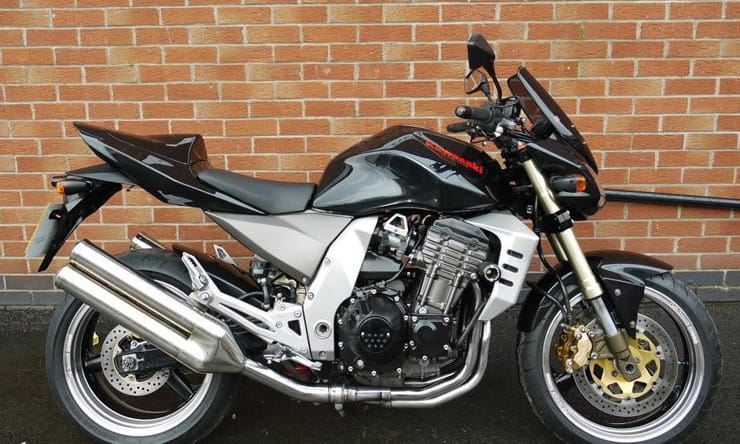 From certain angles the ZR1000 makes sense, yet from others it looks confused at best, or the result of some late night eBay purchases and a few hours in the shed.

Those four shotgun silencers might add street cred, but they also add weight. It’s probably the first part that any new owner would look to change, which is a shame when Kawasaki put so much effort into their design. Kawasaki didn’t hold back with the colours either; the orange and green examples are both equally striking.

Who was this bike talking to? Power Ranger riders aren’t its target audience and its lack of equipment means it’s not the perfect perch for mile munching. It’s still a question that for me holds no solid answer. This 2004 model is looking for its fourth owner, with its condition being a credit to the three previous registered keepers.

Anorak Fact: Check for signs of wheelie abuse by spinning the front wheel, compressing the forks to check they’re oil tight, and check the head race bearings for notchiness.