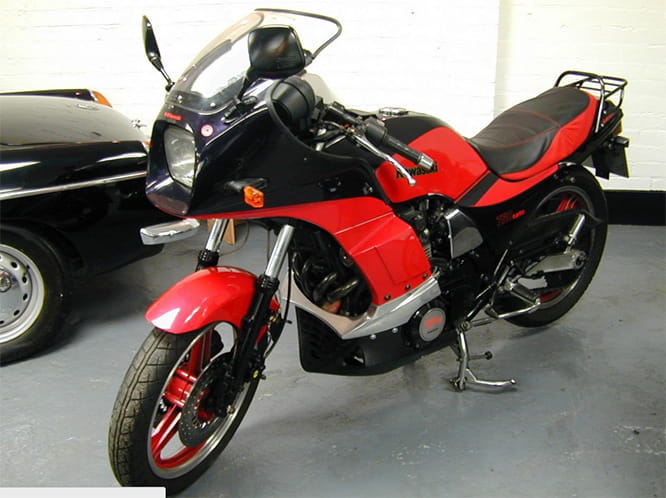 Of all the factory turbo machines made in the 80s this is the best. It was also the fastest with a top whack of over 140mph if road tests from the day are to believed?

Kawasaki had flirted with a turbo charged street bike in the 70s, the extremely rare Z1R-TC. The 750 Turbo looked almost mainstream in comparison. This example that’s up for sale looks pretty straight, the bike is only up for grabs after its collector owner decided it was time to let it go.

It comes with a wad of paperwork including a fistful of old MOT certificates. Things like this are nice little touches when buying a bike that will appreciate in value. Prices are all over the place for this model, but at over 6 large ones this is definitely pushing the ceiling on 750 Turbo prices. Other than having a turbo fitted the bike is pretty much a breathed on GPz750. When you consider that even a stunning GPz750 would probably struggle to achieve half of the 6 grand plus sticker price of the turbo, you realise that you’d have to really have the horn to pay the ticket price.

Despite being the cream of the turbo crop they never sold in large numbers during  its short model run, the 750 Turbo will always be not just a rare motorcycle, but also a quirky piece of motorcycling history. 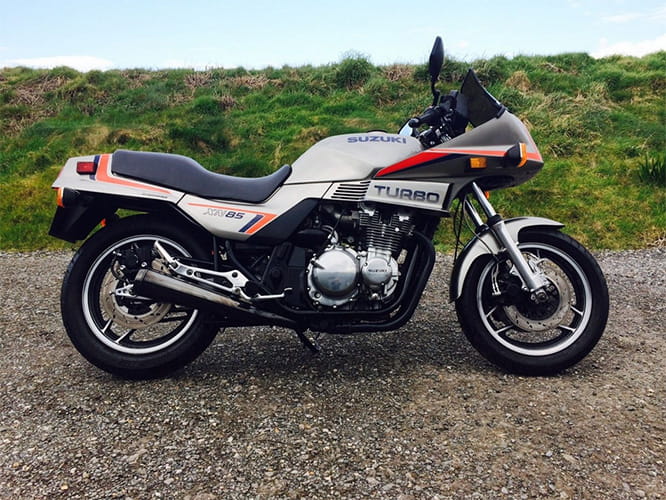 Unlike the Kawasaki 750 Turbo Suzuki decided to create a whole new bike to sling its turbocharger on.

The engine had a few internal nips and tucks, but was basically the same eight valve donkey that had been fitted to the GS650 Katana. The chassis was pretty unremarkable except for the 16 inch front wheel, which was a first for a production sports bike.

Despite being rare there isn’t a huge following for this model, and it’s not too tricky to see why, the looks of the XN aren’t going to make you want to take it home.

Despite having a turbo bolted on to it, the 650cc machine only slung out around 70 horses, not that impressive then, even less so now. With an asking price just shy of £5,000 I was expecting to read how pristine this example was, but that isn’t the case. The bike is showing its age cosmetically in places, the seller provides us a Strictly Come Dancing grading of Seven! out of ten. 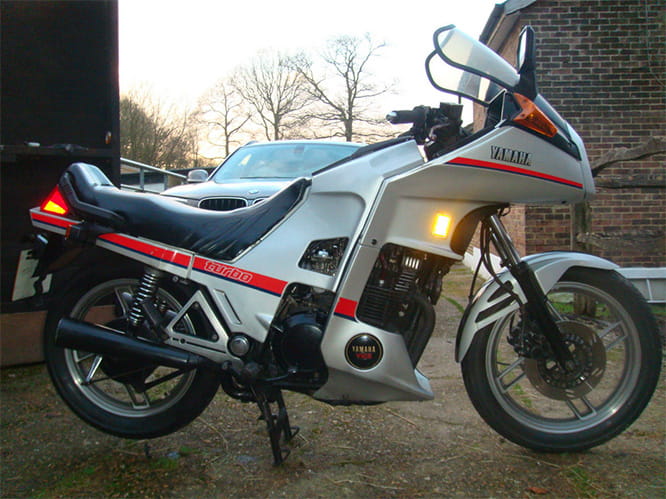 Yamaha have built some stunning machines over the years. This XJ650 Turbo isn’t one of them. From a technical point, other than it was fitted with a turbo, there isn’t much else to get a nerd that excited. The styling is pure Street Hawk. This example needs some attention. First impressions aren’t that bad, it looks to be fairly standard and despite its quirky looks it does look reasonably handsome in its silver suit. I’ve no idea how readily available parts are for one of these, used spares I’m guessing will be pretty hard to come by. This bike needs some tlc, the turbo unit is leaking oil, and I’m no expert but that sounds like an expensive job to fix. It’s priced realistically when compared to the Kawasaki and Suzuki. I doubt that anybody ever woke up thinking I need to have a XJ650 Turbo in my life? I could be wrong though, and if I am this could be your dream machine? In a perverse way it’s one of those things in life that’s so bad that it’s actually good. The seller makes a valid point in the advert, maybe this bike was too ahead of its self when it was launched in the early 80s? Motorcyclists are quite traditional at heart, and anything that’s too radical can often put us off.

If turbo charged motorcycles are your thing it’s a case of back to the future to satisfy your fix, although this Yamaha is a fix that you’ll have to fix first.