It's Tuesday and that means our man Scott Redmond has been trawling the online auctions again. Today its to bring you three bikes for his weekly The Good, The Bad and The Ugly - Two Grand Tuesday...

This week Scott's been on the hunt for the good, bad and ugly from the world of mile munching tourers for £2000 or less. 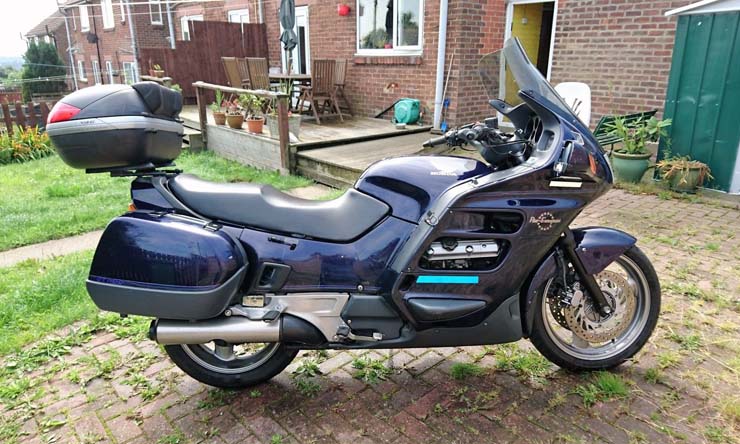 I’m a massive fan of Honda bikes from the 90s, their build quality was way ahead of their competitors and all these years later it means that a 90s Honda is still a good bet.The ST1100 was created to bridge a gap between those who found a CBR1000F too sporty, but weren’t quite ready for a Goldwing. It was a sales hit and despite its bulk it was a doddle to ride, which was handy because that’s what Honda wanted you to do.

It might not be the prettiest bike to look at, but it’s aged really well and unlike many modern machines it’s got its own identity.

At the heart of the bike is a wonderful motor, the four-cylinder engine is mated to a shaft drive, despite adding extra weight it’s a great addition to the package. Over the years these bikes have proven their abilities, and they are up to cranking up mega mileages. This L reg 1993 model is only running 53,000 miles, there’s many more years riding left in this Pan.

The only real weak spot to look out for is rot to the frame and swing arm.

There are plenty of ex Police bikes out there, easily identified by their white paint and lack of a dual saddle. 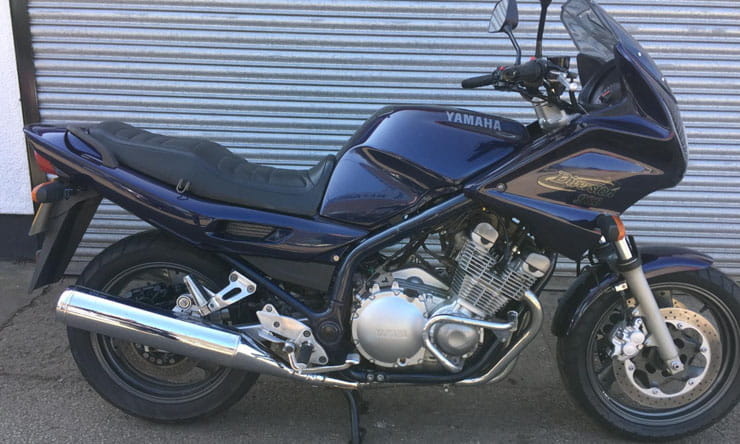 Yamaha had a bike on their books that served those who wanted a long legged tourer that could still be fun on a Sunday afternoon blast, that was the FJ1200, all it really lacked to keep the touring community happy was a shaft drive, they never went down that route. The Diversion 900 does sport a shaft but it wasn’t enough to please the masses, it was never the sales hit that could’ve been.

The bike itself was pretty bland, it is a comfy steed but it never set the world on fire. That’s perfect though if you are looking for a mile muncher on a budget, prices rarely bust the two grand ceiling and this example shows that perfectly. The 1999 model is only showing 5,600 miles and the asking price is a tempting £1,795.

It looks dead stock and there’s probably a tool kit under the seat!

The rear wheel is sought after by  1200 V-Max owners, without too much effort it allows them to rid their bikes of the 15 inch rear wheel fitted. 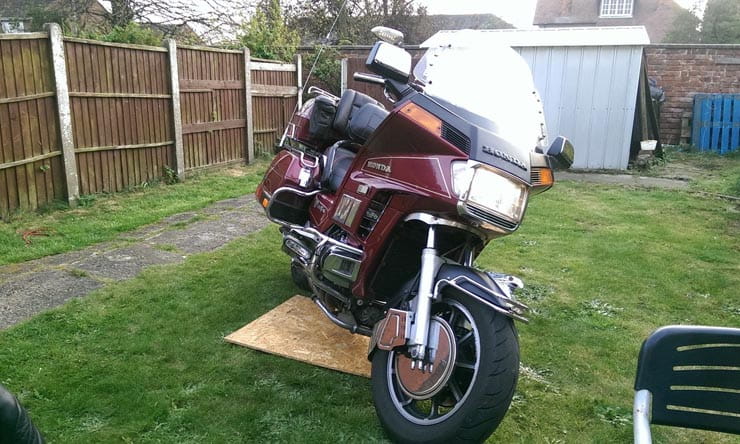 Honda still make a Goldwing, since the mid 70s they’ve been churning out the model, it’s been through lots of changes over the decades and the 1200 series was the third makeover for the model. There was two versions, the Interstate and the posher Aspencade model, that came with a radio and onboard compressor for the rear suspension. Unlike earlier models there was no naked version, the 1200s only came fully dressed.

Riding any Wing is an experience, the comfort is legendary, so is the the lack of brakes. Things improved with the GL1500 and continue to do so with every model since, but the 1200 was always lacking in the stopping department. That doesn’t put people off buying and riding them, this example is boasting over a 100,000 miles on the dials! Any GL1200 owner will tell you that’s barely run in.

The original GL1000 Goldwing was designed to be a sports bike.