This week's 'two-grand Tuesday' has Scottie Redmond searching the classifieds for the best sports bikes or naked bikes you can get with 600cc. What have you got Scottie? 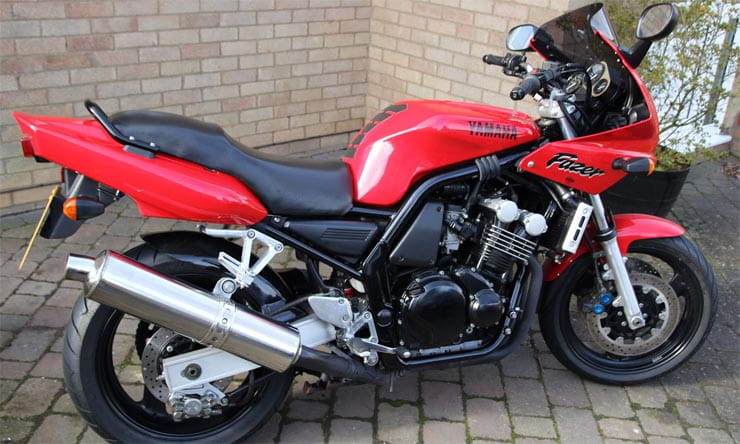 The Suzuki Bandit 600 got all the attention but pound for pound the Fazer 600 was a much better bike. Let me explain...

The Fazer had a better engine for a start, it was also boasted a better build quality. Not quite Honda Hornet quality but if you park a twenty year old Fazer next to a Bandit of the same age, you’d easily spot the differences in quality. The Fazer was a nicer bike to ride and with those blue spot calipers up front, it stopped pretty well too. Twenty years on the original Fazer 600 still looks pretty sharp, in fact many prefer it to the later models from the Fazer family.

This bike is the best 600 currently on the market in the two grand end of the market. It has only covered 5,926 miles from new and looks to be in tip top condition. The only deviations from standard are a few sensible extras. There’s a hugger at the rear and a mudguard extender up front. Both will help to keep road muck from spoiling the finish of various components. With only 150 miles on the fresh tyres and a full MOT this bike is ready for the summer ahead and plenty more there after.

Anorak Facts
The front blue spot calipers might look identical to the R1 and R6 items but the banjo bolt mounts in a different place. 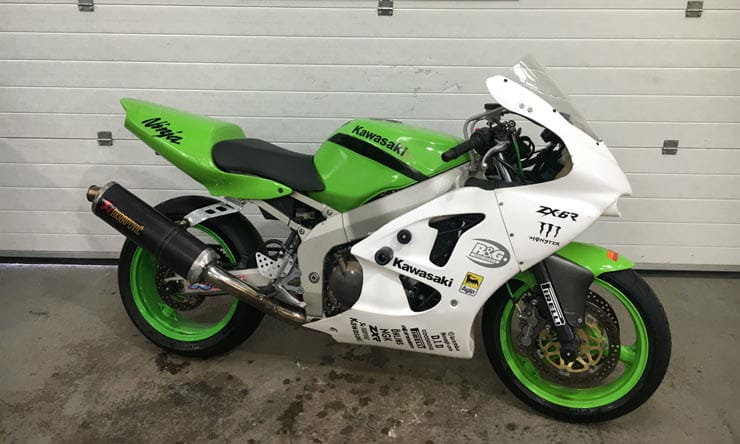 I love the look of a Kawasaki that’s finished in the trademark green paint but I’d never want to own one. For me, green isn’t a lucky colour when it comes to motorcycles and a quick squint at the advert for this lime green ZX6J, reveals it’s had a far from lucky life so far. In 2006 it was involved in an incident that resulted in it being lobbed on a Cat D insurance marker, chances are that’s when it morphed into a track bike. Since then it’s luck hasn’t really improved, it’s now a trade sale bike after being seized by the police!

No further details are available which could be a good or a bad thing? Under that race bodywork lurks a 51 plate ZX6J which was the replacement for the very popular ZX6G model. Other than a pointy nose, new headlight, clocks and some different colours, they were pretty much the same bike. At £1,295 this is a cheap(ish) way to get yourself a 600cc track bike but if you’re superstitious, it might be one to avoid.

Anorak Facts
The ZX6G and J model eventually became the ZX636.
The frames aren’t the strongest, check for any frame damage. 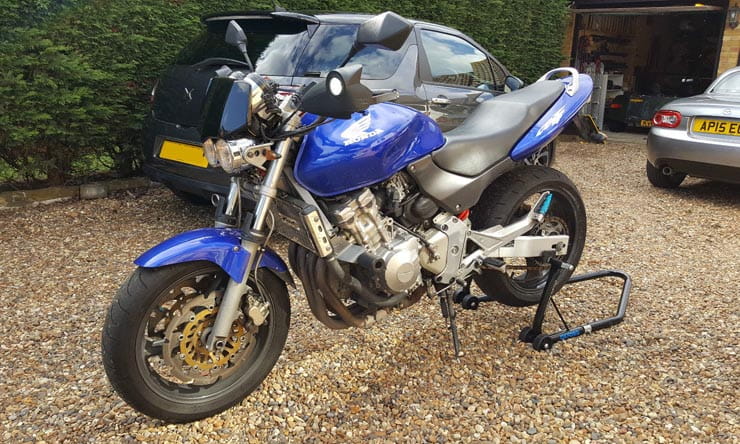 A standard Honda Hornet 600 is a pretty decent bike. The mix of funky styling, decent riding position and a CBR600 engine between your thighs, meant that they sold like hot cakes but trying to find an unmolested example these days is a tough job. They do exist but rarely end up below £2,000 for really nice ones. If you set your sights lower though, you can find a Hornet on a two grand budget. The chances are it won’t be too original. The plus side of this is used parts are plentiful, so with some eBay shopping and time in the shed, you can get bikes like this one back to an original looking bike.

Behind the scary looks of this bike lurks a well maintained bike. It’s had plenty of replacement parts but my attention was drawn to the short MOT that expires this week!
The seller assures us that there are no reasons why it would fail but until the MOT tester agrees always be cautious.