Pick of the Ads : Good, Bad and Ugly - Twins

This week's Two Grand Tuesday has had our man Scott Redmond has been trawling the online auctions for his The Good, bad and Ugly segment.

Today's Good, Bad and Ugly looks at twin cylinder bikes. For some, a twin cylinder machine will always sit in the shadow of a four-cylinder but there are those that prefer the character and delivery from a twin and if that’s you, read on! 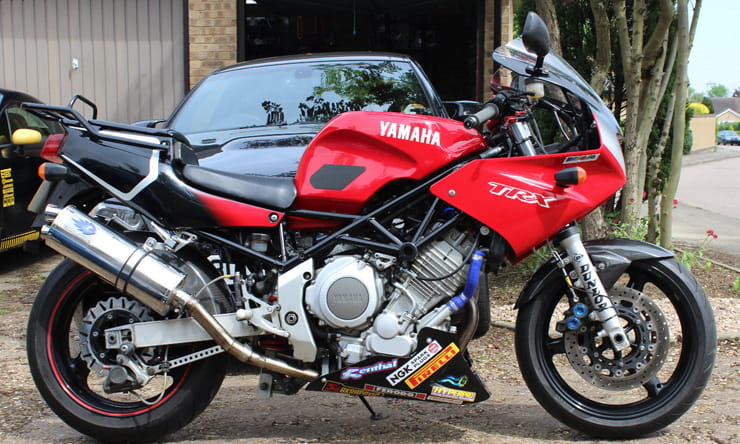 For a parts bin product, the TRX850 ticked plenty of boxes and it still looks good all these years later but there was never a second generation TRX850. Other than a few colour changes it was the same bike. The lack of an updated model means many folk have taken to their sheds to tinker with the twin cylinder Yamaha. For many, it’s the chassis that lets the bike down, there’s plenty of scope to update the forks and wheels from more modern machinery. This bike looks dead standard at first glance, only when you look closer do you notice where the improvements have been made. The original TRX850 front end is long gone, instead it now uses some early R6 forks. It doesn’t stop there, the blue spot brake calipers are also employed. There’s plenty more mods lurking on this £1,800 TRX. The modern dash might be one mod too far for some, but for others it could be exactly what they want. The bodywork is all stock and it’s in one of the rarer colour offerings. It’s not all performance related tinkering, there’s a sensible rack fitted at the rear. These bikes are finally earning a bit of a cult following, which will mean that prices will start to climb. At the moment they are still in our £2,000 price range, but in a few years time that’ll probably change. 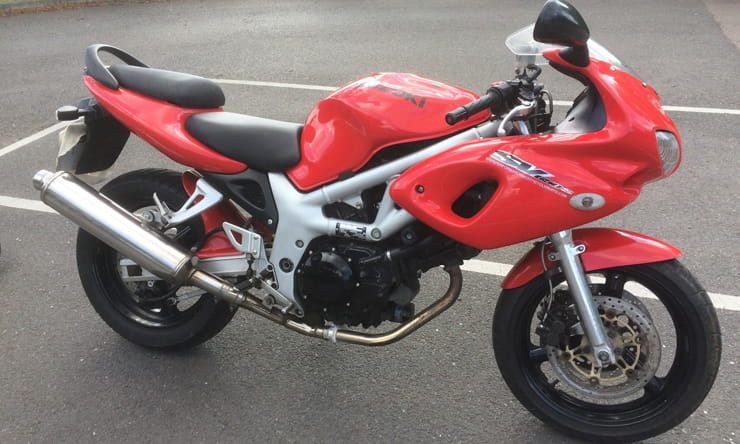 Suzuki can still sell you a brand new SV650 but for those of us on a budget there’s still plenty of life left in the original model. Of the faired and naked versions there appears to be more dressed ones on the market which is a bit of a shame because the un-faired model looks smarter. You could buy a faired one and strip off the plastic, but you’ll end up scratching your head on where to mount your clocks etc.

Many of these punchy V-twins have ended up on the track, they do punch above their weight and can chase bigger bikes if they’ve been set up correctly.

The faired model uses clip on handlebars which can put some weight on your wrists on longer trips while the naked bike uses conventional bars and are so much more comfortable. The SV650 was always a budget bike, and even now you can pick up a decent bike for around a grand, even better news if you want to pay more the odd stunner appears on the market for around £2,000. 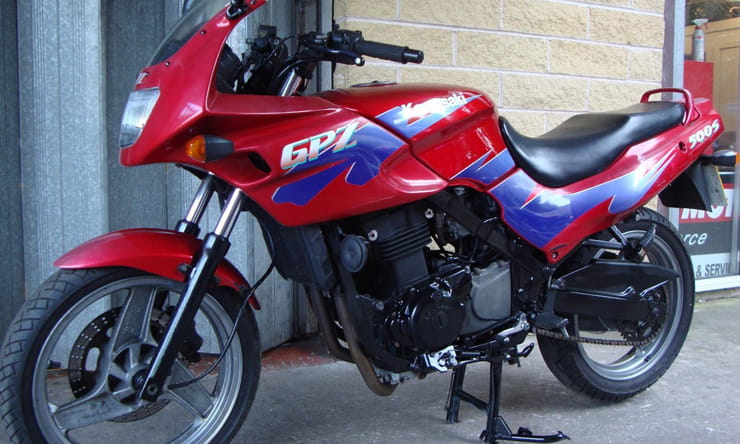 If you want a decent workhorse and like middleweight capacity motorcycles, chances are you are riding a Kawasaki GPZ500S. They aren’t the most refined bike you’ll ever experience but they do get the job done. Kawasaki got their yens worth out of the engine, it was used in the KLE500 too. Build quality is pretty patchy, if you neglect keeping things clean and tidy you’ll quickly see the results. This is one of the later D models, it had quite a few differences to the original A version. The biggest change was the use of 17 inch wheels over the very 80s 16-inch items.

Find a good one and love it and it will give you no aggro, buy a bad one on the cheap and you’ll wish you hadn’t.