To tie in with Ride to Work Week Scottie has been looking out for £2k commuters. Commuting by bike is not only more cost effective than driving, its more fun too! In some cities the cost of a monthly travel card could greatly outweigh the cost of a small capacity bike, there really is no reason not to do it! 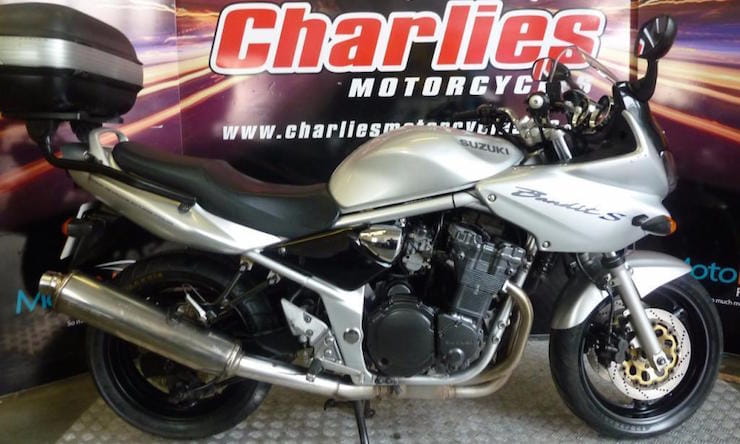 Riding to work is just one of the ways that you could enjoy life with this Suzuki Bandit 600. They are a brilliant all rounder and readily available in our sub £2,000 world. Adding to their kerb appeal is the fact that they’re cheap to maintain, that oil cooled 600cc engine can trace its bloodline back to the GSX600F from the 80s. The Bandit also appeals to those people who want a basis for a custom bike, so finding something suitable for the commute can be tougher than you’d think. This 2003 Bandit ticks the boxes for a great commuter bike, with only 20,000 miles on its bores you can relax knowing that you’ve got plenty of trips to work ahead of you. You will also find that you might want to take the scenic route home. The top box is an essential piece of commuting kit, with some of these luggage solutions costing around £200 to £300 this is another reason why this Suzuki makes lots of sense.

The first Bandit 600 appeared in the mid 90s, the K series got a reworked frame and styling. 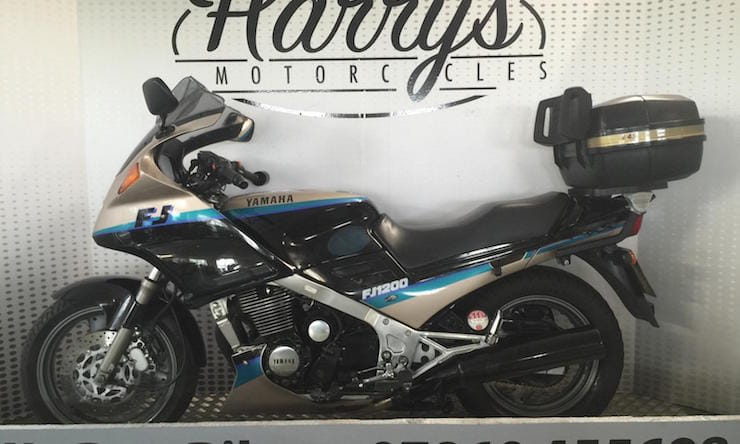 For years the Yamaha FJ family offered many the chance to go touring in comfort and style, if your commute is made up of mostly motorway work these big old air cooled beasts can still deliver you at your desk quicker than any train could. In town though they’re less of a good idea. The weight of the bike will hinder its ability to dart in and out gaps in the traffic, it’s length will also create issues at the bike rank, it’ll probably occupy same space that a few scooters could use. The engine is a proven power plant, but suspension will be tired on any FJ that’s not sporting an aftermarket shock. Even at only £1,690 it’s still not cheap enough to make it a viable option over bikes with a smaller capacity, and in turn cheaper to run.

The FJ1200 came with an ABS option, these bikes are the ones to find if you really do want an FJ1200. 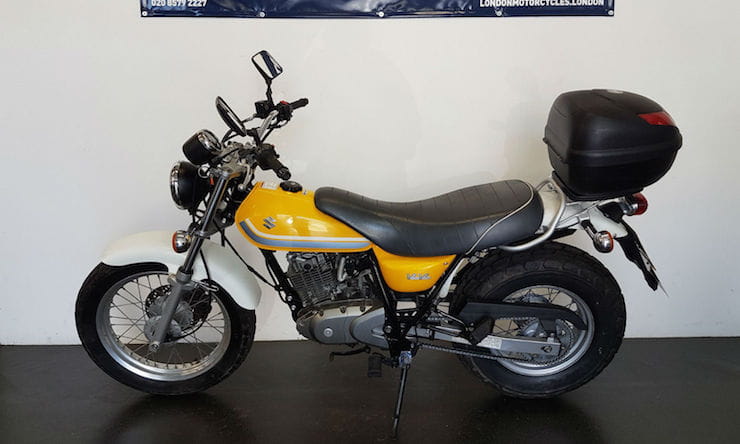 There’s nothing overly wrong with the Van Van 125, it’s got style and they are plenty of fun to ride. This means that they are a victim of their own success when it comes to trying to land a bargain. 125cc bikes are meant to be a cheap option, a way to entice car drivers out of their cages and join us on two wheels. This 10 year old bike is dearer than a 10 year old Ford Focus, so much for bikes being a cheap option? On the plus side the Suzuki should retain more of its value over time, unlike the poor Ford that’ll probably end up being recycled in to scrap metal.

At £1,995 this 125 is the dearest of our trio for Two Grand Tuesday, but somehow it doesn’t feel like the best way to ride to work.