This week Scottie has been looking for bikes that satisfy the needs of those who love nothing more than getting on the back of a bike and riding pillion. As a regular carrier of a pillion Scott is as well placed as anyone to help you (and your pillion partner) avoid an uncomfortable experience! 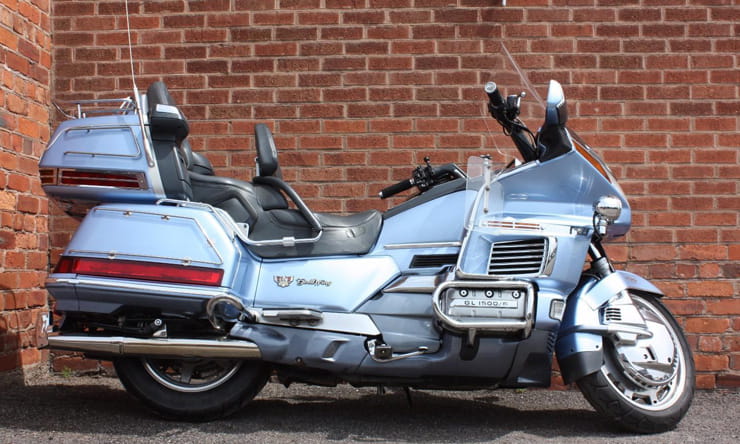 I can speak from experience on this one, there is no finer way to be shown the joys of motorcycling than from the back of a GL1500 Goldwing. It’s the most comfortable motorcycle that I’ve ever been on. There are plenty of other bikes out there in this luxurious category, and every salesman that’ll try to sell you one will refer to it being just like a Goldwing. Originally developed in the 70s to be a sports bike the first GL1000 Goldwing was quickly adapted to be an intercontinental tourer. It grew in capacity but the brief was always the same. Despited being almost thirty years old you could jump on this Honda and head anywhere on the planet. From a pillion point of view it’s not just that armchair level of comfort, there’s also that sublime six cylinder engine. Silky smooth doesn’t even cover it. To introduce a biking virgin to world of motorcycling, you’ll not find a better tool than one of these stunning machines. With prices for the GL1500 starting at around £4,000 and zero deprecation it’s a smooth ride all the way to the bank.

The GL1500 comes with a reverse gear. 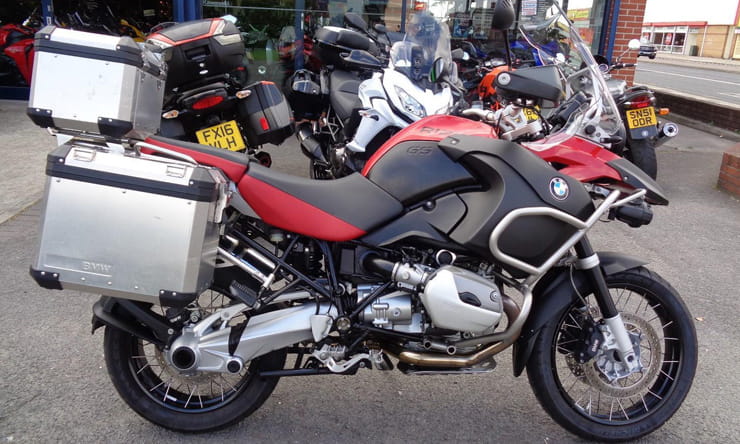 You can’t move these days without seeing teasing pictures online of the next big thing in big bikes. The Adventure bike market is huge, that’s in more ways than one. For us lucky enough to ride them they offer supreme levels of comfort and a good dollop of sensible riding positions. So far, so good. Spare a thought for your pillion though, getting on and off these bikes isn’t an easy task. The challenge is made even more difficult if your other half is vertically challenged. I’ve seen people jump on and off horses easier, after a while a mounting ritual can be achieved. It’s not just the big cc Adventure bikes that create these comical situations for pillion riders, bikes like the Honda Crossrunner 800 and Kawasaki Versys 650 offer their own awkwardness, again I speak from experience. Once onboard you can go far and wide, pillion passengers can’t help but love the comfort, they quickly forget their adventure of getting on, well until it’s time to stop.

Early Adventure bikes like the Africa Twin are going up in value, if you want one best to buy now. 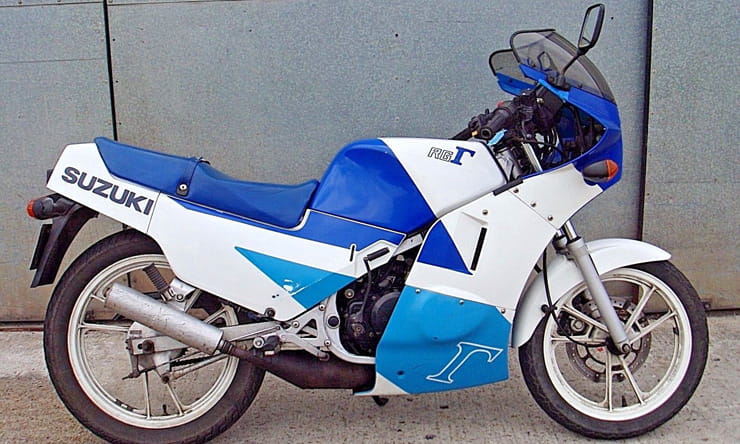 So your 17, you’ve got a 125cc bike and know that it’s illegal to carry a pillion whilst you’re still wearing L plates. What better way to impress the girls! Many women will tell you they don’t like motorcycles because they once went on the back of a bike with an old boyfriend, no doubt they were treated to a hair raising spin around the ring road, or was that just a Romford thing?

My girlfriend from 1987 would not just moan about the lack of perch on my Suzuki RG125, but she’d also whinge about the stink of Shell 2TX in her hair. Maybe that’s why she double dated me with a lad who had a Ford Escort?

Any two-stroke is poor choice for regular pillion work, which is probably why us forty somethings are keen to spend big bucks on buying them all of these years later.

You could only carry a pillion when you were displaying L plates if they held a full bike licence.